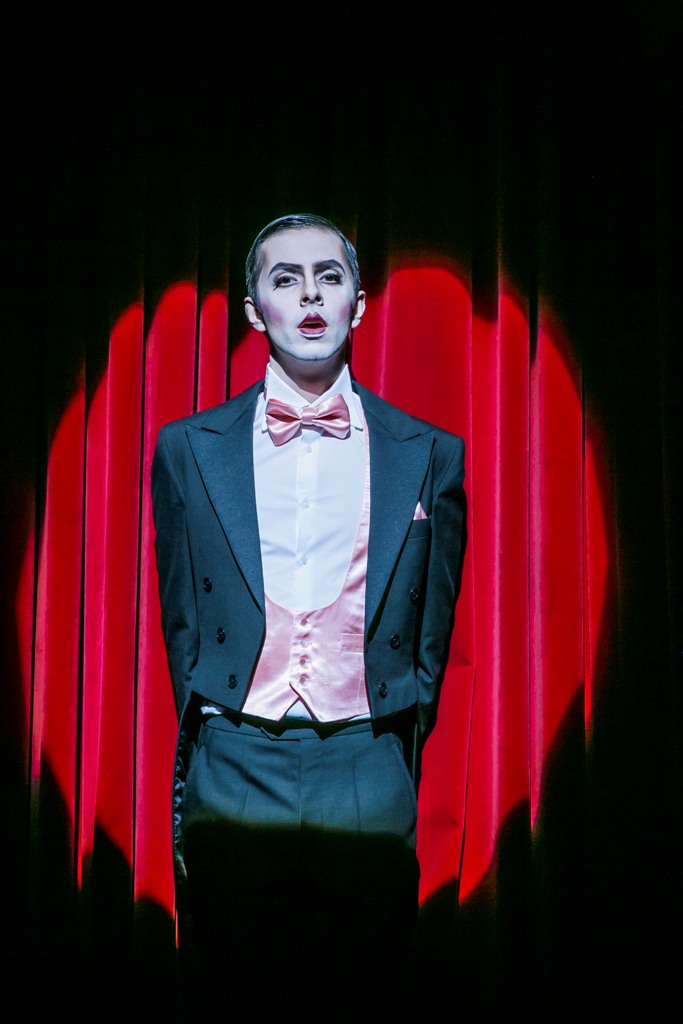 Mr. Hopp’s direction is very imaginative and works superbly as a piece of theatre. He has the ensemble building the set of the waxworks exhibition during the overture and dismantling it when it is time to move on. He uses a narrator (Conférencier) to comment on the action, but if this might sound dull it is anything but, as Paul Hentze who plays the role is a master puppeteer – his life size trio of Brocoli, Ricardo and Finochini is one of the many comic highlights. During the scene change between Acts One and Two, the audience is entertained by Offenbach himself!

Many directors seem not to know what to do with dialogue in operetta. Max Hopp is not one of them! He cleverly integrates both speech and music so that one is unaware where one stops and the other starts – in other words it flows seamlessly. In addition, the production is so physical that there is never a dull moment – yet he is aware of when to slacken the pace, but not the energy, whenever there is a few minutes of romance and pathos. 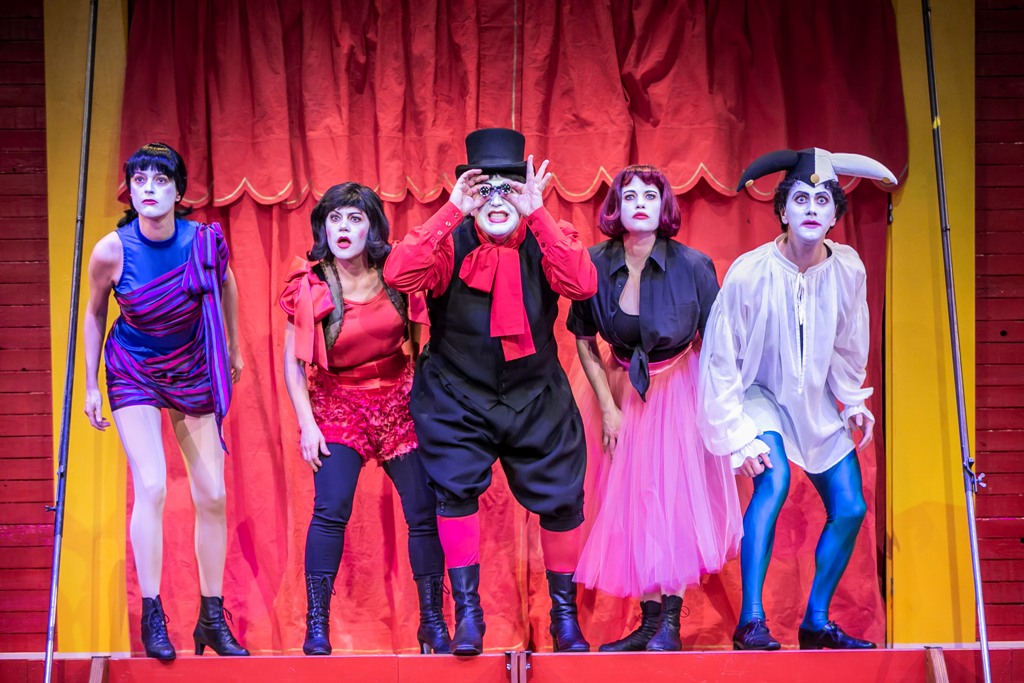 In a truly strong ensemble, it is perhaps unfair to mention individuals but I especially enjoyed Julian Rohde as Prince Raphael. Pics show that he usually has dark hair, but was given the blondest wig (design by Caroline Roessle-Harper) imaginable and the silliest fairy-tale costume that suited both his and Max Hopp’s interpretation of the role. In addition he possesses a fine tenor and can act!

His father, Prince Kasimir (Uwe Tobias Hieronimi) seemed to spend most of his time pushing through tall green bushes, even though most of the rest of the stage was empty, and being annoyed. Possessing a rich bass he was ideally cast as the ‘villain’ of the piece. 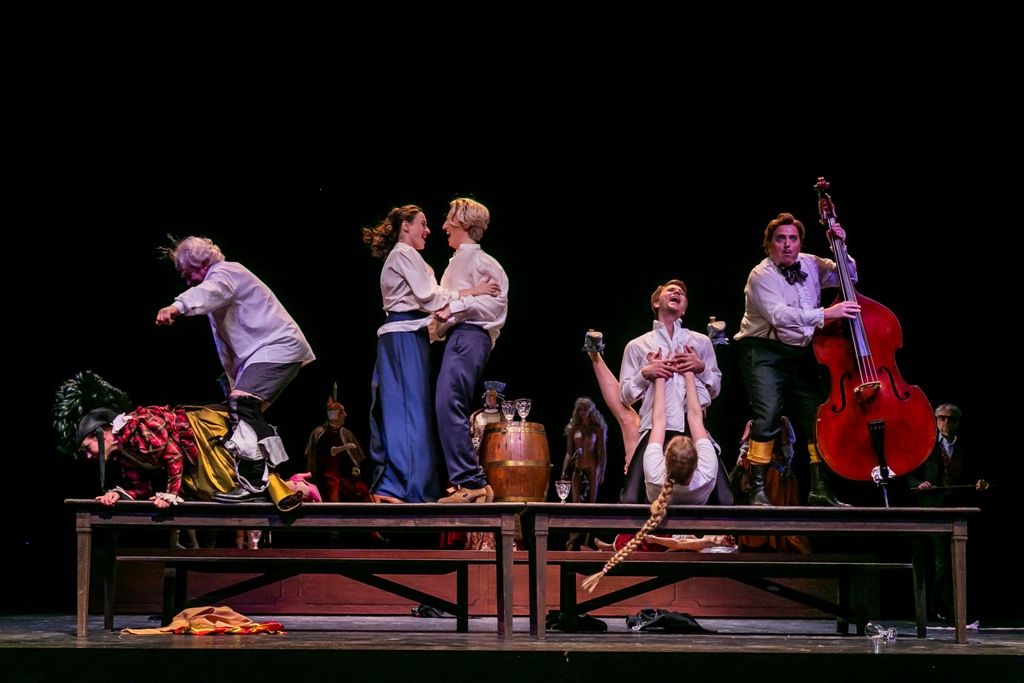 Others in this equally talented ensemble included Levente Gyorgy as Cabriolo, the director of the waxwork show, Meike Hartmann and Neele Kramer as his daughters – both very amusing when being totally bored at not having to work in Act Two, Antonia Radneva as Cabriolo’s sister, Jan Rekeszus as Tremolini and Dieter Wahlbuehl as Sparadrap, Raphael’s tutor and confidante.

Musical direction was in the highly capable hands of Adam Benzwi, though Sergei Kiselev conducted and played the orchestral piano at the performance I saw. Mr. Benzwi has a superb theatrical understanding of what operetta is and how it can be made relevant to a modern audience and rehearses his cast and orchestra in great detail. This was clearly evident in the performance I was at – the orchestra of twenty sounding superb – so slick and precise and stylish, and the cast sounding as if they had lived their roles for years – none were just ‘singing’ their music. 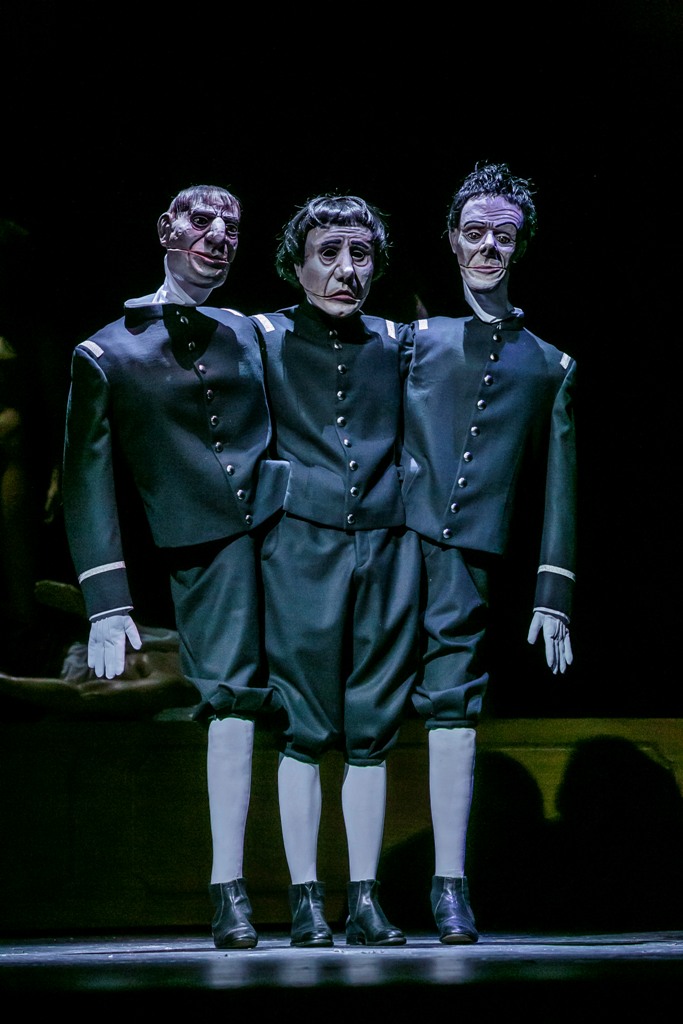 It is such a shame that so few will see this production – it deserves a tour so that more can appreciate the quality of not only Offenbach but also of first rate, imaginative production with very high values. However, there are three performances next season at Hildesheim, one being on Christmas Day, ticket prices are ridiculously cheap (6 Euros on a Monday!) and an excellent 16 page programme with eight colour pics and  a fascinating interview with both Max Hopp and Adam Benzwi which is free!

I hope that I have convinced you that this is a superb production – do try to see it!