There are those who consider Sondheim’s A Little Night Music the greatest of all modern operettas. And in a way, they are right. This three-quarter-time show about love lost and found is an interesting continuation of the bitter-sweet tales Noel Coward one told, and the cynical chamber operettas Benatzky and Spoliansky once wrote. In German speaking operetta countries, Sondheim’s classic is not too familiar, though. But there have always been Little Night Music productions at opera houses with some noteworthy casts, for example the great Daniela Ziegler as Desiree in Braunschweig; roughly at the time when she toured with her Benatzky chanson program. Now, the show comes to the opera house in Bielefeld with some interesting cast members, and some enigmatic visuals. 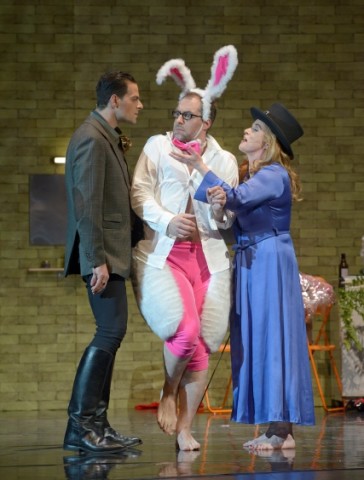 The new A Little Night Music production is by Kay Link, who has directed quite a few operettas in recent years, from Land des Lächelns to Die schöne Helena. He also teaches “operetta” at the conservatory in Dresden. For his Bielefeld debut, he has the dazzlingly attractive Tobias Licht as Carl-Magnus: you’ll recall that Mr. Licht was the charming Dr. Siedler in the latest Im weißen Rössl movie. He has done various musicals all over Germany, plus a lot of TV work, but he has not shown up in Berlin in a major stage production of an operetta or musical yet. Even though he lives in Berlin and a presence such as his would be very welcome in the capital’s operetta land. 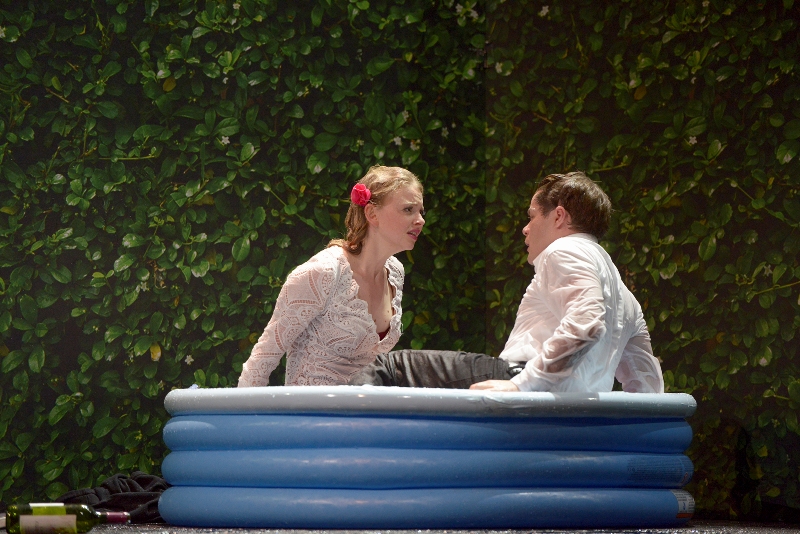 Another casting highlight is Johanna Spantzel as Anne Egerman. Miss Spantzel is a former UdK student, and had a breathtaking appearance (together with Maximilian Mann) as Lona Farrell in Kalman’s Arizona Lady, as part of the production Ein Herz sucht einen Parkplatz by Peter Lund, with Adam Benzwi at the piano. Her czardas “Wär’s nicht schön einmal verliebt zu sein” – with a rousing top D at the end – is one of the most cherished operetta moments of my life. And her duet with Mr. Mann, who was bare-chested at some point, is another one of those “cherry” moments. Especially because the later Komische Oper production of Arizona Lady left out that big waltz duet.

Spantzel was immediately snatched up by the Staatsoperette for a concert tour, but then left the field of operetta to star in various musical comedy productions.

You might say that this A Little Night Music is a return to the operetta roots, in some ways. With her wide ranging voice, striking comedy timing and great stage presence, it’s high time more people offered Spantzel operetta jobs. She’s a diva with great potential. 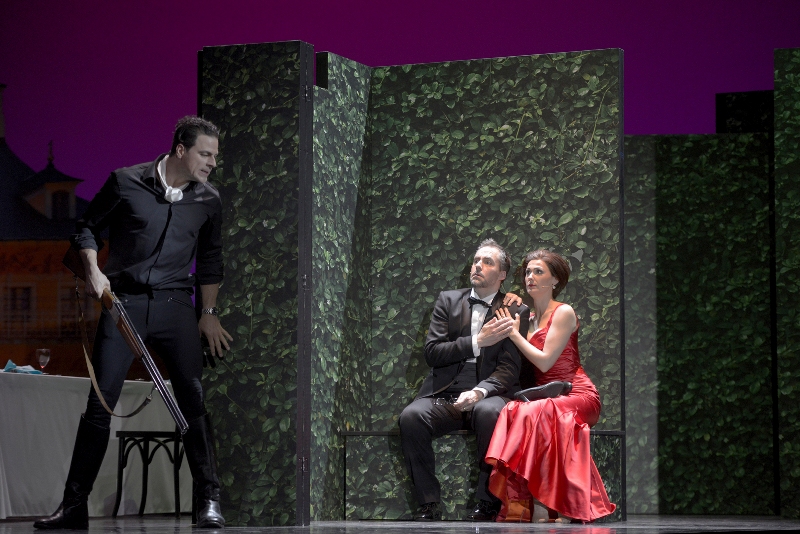 Opening night in Bielefeld is on 29 May. The photo that Tobias Licht posted of himself with Melanie Kreuter as Desiree and Alexander Franzen as Fredrik Egerman in a bunny costume might seem a little bit puzzling, in terms of visual style. (Sets and costumes by Cornelia Brey.) So let’s wait and see how it will all come together!

For more information about the cast and performance dates, click here.