Men dressed up as women: that’s nothing new in the world of operetta. In many Offenbach shows, this kind of casting of the “ladies” heightened the comic effect; think of the glorious market vendors in Mesdames de la Halle (1858). Then there is the more nuanced – and from today’s perspective more “modern” – gender deconstruction in L’île de Tulipatan (1868). From there onwards, the history of male-to-female cross dressing in operetta, and later musical comedy, is a rich and fascinating one. It’s also a topic the Oper Leipzig will devote their first “Rotes Sofa” event to on Monday, September 7. 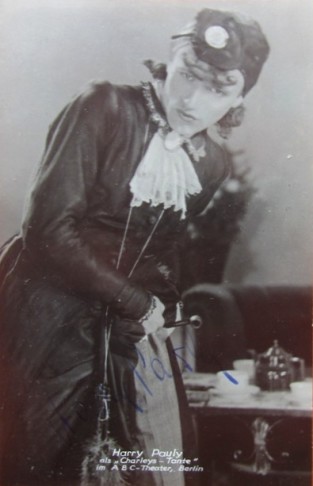 The opera house in Leipzig is getting ready for a production of the modern operetta Charleys Tante, a new version of the Brandon Thomas classic farce by Dominik Wilgenbus and music by Ernst Fischer, arranged by Alexander Krampe. It will be conducted by GMD Ulf Schirmer, the staging is by Franziska Severin. This production will premiere in the temporary “Spiegelzelt” on the 11th of September. As a warm-up, the red sofa talk will focus on the wider topic of cross dressing (mostly male to female in this case) in musical theater.

Invited to discuss with dramaturg Christian Geltinger is Dr. Kevin Clarke from the Operetta Research Center. Thanks to the help of Richard Norton and Jochen Kowalski, he will present film excerpts of Die Insel Tulipatan production that was seen at the Staatsoper Berlin in DDR times (broadcast on television back then but sadly never issued on a commercial DVD), plus scenes from the Ray Bolger movie Where’s Charley?, based on the Frank Loesser Broadway musical. Bolger was, for those unfamiliar with his name, the scarecrow in the movie version of The Wizard of Oz. (It doesn’t get more legendary that THAT!) There will also be a short clip of Danny LaRue playing Charley’s aunt in the 1970s. And, of course, the classic German version with Heinz Rühmann.

Also on the podium will be Dr. Tanja Schwan, an expert for gender studies. So a nuanced and interesting talk can be expected. There will be pictures shown too, e.g. of famous historical “Damendarsteller”, these are mostly postcards from the archive of the Schwules Museum* in Berlin. 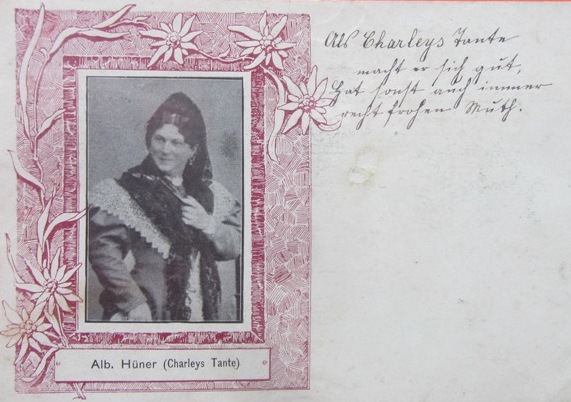 So, if you are in the neighborhood on Monday, come join us for the “Rote Sofa” event at 19h, in the main foyer of the Oper Leipzig. 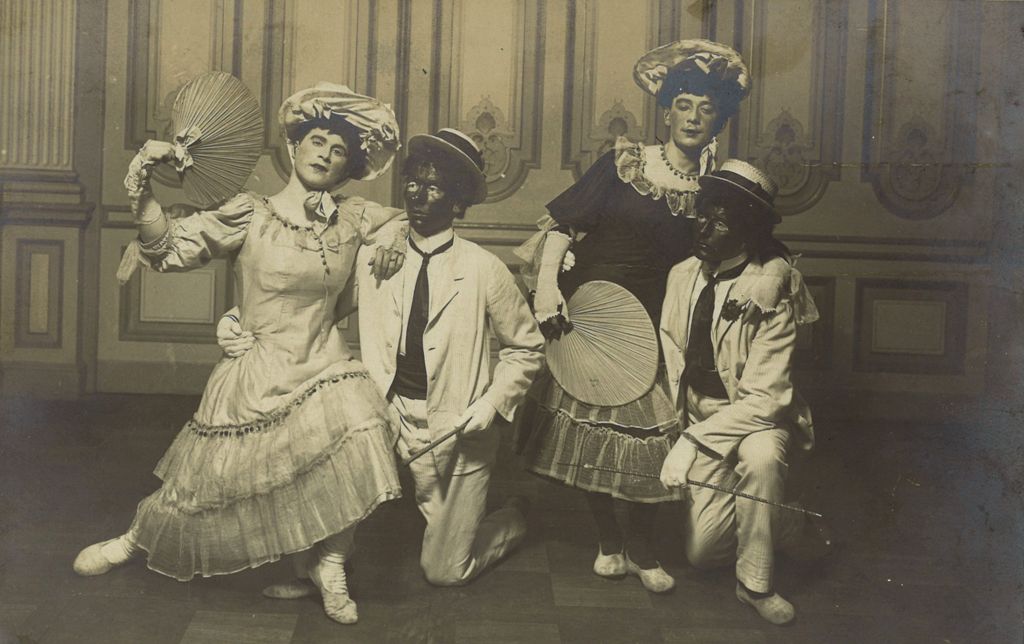 A group of cross-dressed German performers, together with two “black face” actors, at the beginning of the 20th century. (Photo: Schwules Museum*)