In Vienna the great operetta artist Rosy Barsony has found her final resting place. The Jewish performer was born as Róza Sonnenschein in Budapest in 1909. After a career in silent films in the 1920s she became a big star with and in the shows of Paul Abraham – which are currently experiencing a huge revival in Germany and elsewhere. After the Nazis came to power Barsony’s career in Germany was over, but she continued performing in Vienna and Budapest until the outbreak of World War 2. After 1945 she appeared in many stage productions and films in Romania, Italy, sporadically even in Austria. 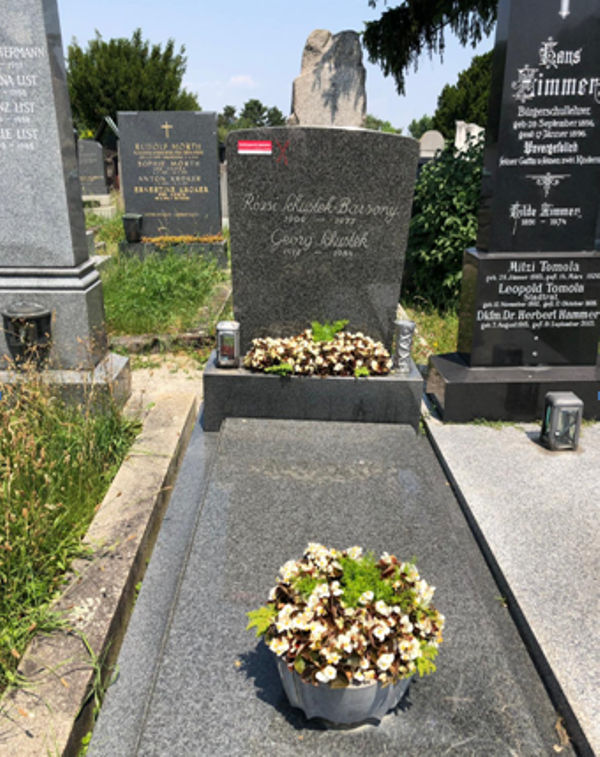 The grave of Rosy Barsony in Vienna. (Photo: Elmar Joura)

Her first husband was her congenial stage partner Oscar Denes, her later years were spent in Vienna, where she died in 1977. There, she is buried side by side with her third husband, Georg Schustek, at the cemetery of Döbling (group 18, row 3, no. 12).

For any lover of Abraham’s music it’s almost obligatory to visit Barsony’s grave at least once, especially if you are in Vienna anyway or actually live there. But if you go, the visit will most likely be a disturbing experience: because the tomb stone is marked by the authorities and scheduled to be removed. 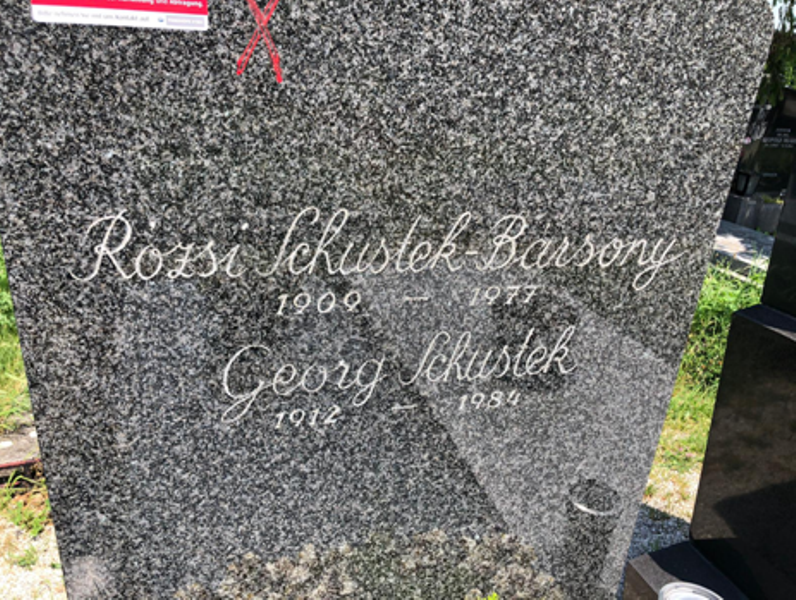 Sadly, the artist who rocked the Viennese operetta world with her portrayal of the title role in Roxy und ihr Wunderteam at Theater an der Wien is not honored with a so called “Ehrengrab.” As a result, the authorities showed little understanding for me wanting to “save” the burial spot of such a great artist.

In this disturbing situation I contacted the Operetta Research Center and Barrie Kosky, who have both done do much for bringing Abraham and his all-important artists back into focus, as did Klaus Waller who has written the most recent Abraham biography. I contacted him as well. In contrast to the Austrian authorities, all three replied immediately offering to help.

Mr. Clarke managed to bring about a happy solution. He forwarded my message to Marie-Theres Arnbom in Vienna, author of various books about exiled artists in the Third Reich. Miss Arnbom, in turn, forwarded my message to the step daughter of Rosy Barsony. She was able to sort out administration problems with the cemetery immediately. The grave is saved! 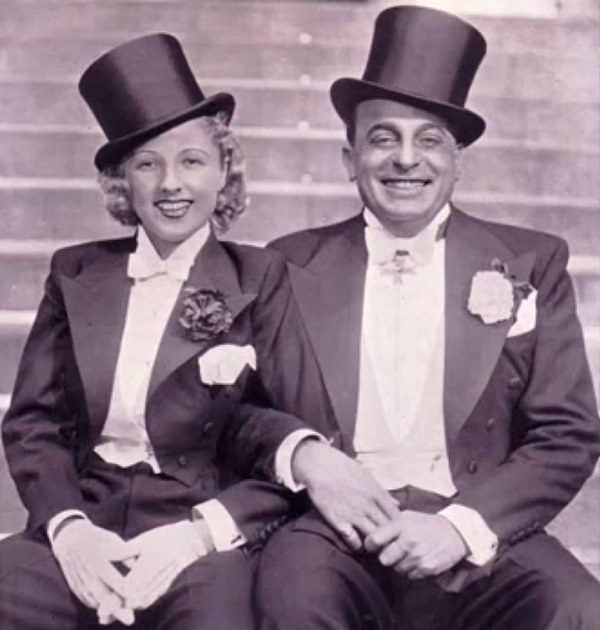 Rosy Barsony and her husband Oscar Denes, the two stars of the original 1932 production of “Ball im Savoy.”

In the end, however, the question remains how Austria wishes to honor great artists who have played an important role in the country’s history – and who they offer an “Ehrengrab” to and to whom they do not offer this to.

I sincerely hope that there will be an initiative to change Rosy Barsony’s current burial place into an “Ehrengrab” with all the related aspects of looking after the grave professionally, in the future and indefinitely.

If anyone needs a reminder of Miss Barsony’s artistic legacy, YouTube is full of superb recordings and film clips that give an idea of her unique contribution to the Art of Operetta.