You probably read that the Amazon Original Series Mozart in the Jungle won at the Golden Globes in the “Best Comedy” section. What you probably don’t know is that the all-important music to this series is composed by Roger Neill, who is also the composer of the greatest of all contemporary operettas: The Beastly Bombing.

Okay, this Al Qaeda parody about mad-cap terrorists trying to blow up the Brooklyn Bridge and getting involved in a farce modeled on Gilbert & Sullivan’s Savoy Operas has long been a favorite of the Operetta Research Center. We even helped get it staged in Amsterdam, as a European premiere of a show originated in Los Angeles. Roger Neill composed a masterful score that uses the G&S style and adapts it for modern purposes – in this case, the brilliant script by Julien Nitzberg.

It’s the same principle Neill used for Mozart in the Jungle, and the results are equally striking. The only difference is, Mozart has reached a mass audience via online TV, while The Beastly Bombing scares off most theater directors because its topic – terrorist attacks – seems too provocative. Which is interesting, because in the German language theater scene that would generally make it the hottest show of the lot, because stage directors and artists directors usually claim they want to be provocative and up-to-date. At least when they deconstruct the likes of Aida and Entführung aus dem Serail.

Perhaps the Golden Globes win will tickle their interest in The Beastly Bombing: The Terrible Tale of Terrorists Tamed By The Tangles Of True Love. Musically speaking, this modern-day operetta is a marvel. The lyrics are among the best, ever. And the plot is as Offenbachian as you can possibly get. So, what is everyone waiting for? You can get all the information you need here. And the music is available online (for free) if you click here. Enjoy! 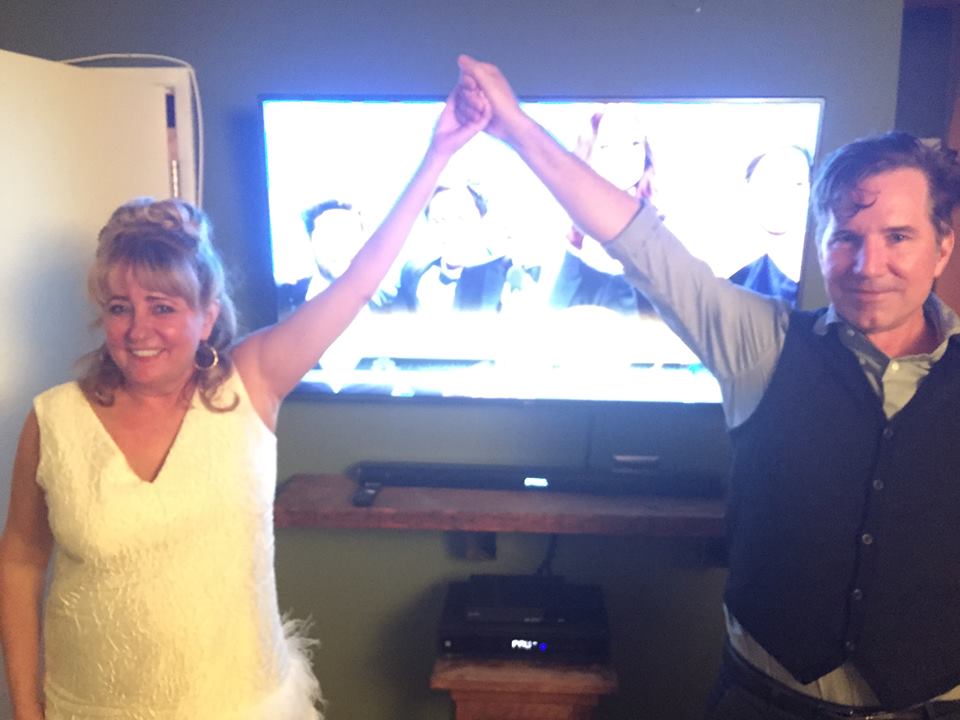 Composer Roger Neill celebrating the Globe victory of “Mozart in the Jungle” with the author of the book the series is based on, Blaire Tindall. (Photo: Facebook)