In their September newsletter, The Jacques Offenbach Society alerts its readers to a new book edited by Jean-Claude Yon. It’s title: “Mr. Offenbach Writes to Us, Letters to Le Figaro and Other Texts,” or M. Offenbach nous écrit. Lettres au Figaro et autres propos. It is published by Palazzetto Bru Zane together with Actes Sud. 479 pages of glorious documentation.

In the newsletter Laurence Senelick calls a complete edition of all letters “one of the great gaps in Offenbach scholarship.” There has been a volume of the composer’s correspondence with his librettists Meilhac and Halévy, edited by Philippe Goninet (1994), and there have been individual letters quoted in various biographies. But as Mr. Senelick says: “So far no one has attempted the Herculean task of bringing together the myriad of letters to be found in libraries and archives across the globe. This is a loss not only for scholarship, but for the common reader, because Offenbach was a pithy and entertaining letter writer,often embellishing his epistles with bars of music.”

The Yon/ Palazzetto Bru Zane edition might not be a book that includes all letters, but it offers us the ones that appeared in the Paris newspaper Le Figaro between its creation in 1856 and Offenbach’s death in 1880. We’re talking 110 texts which are the result of the close friendship between the composer and the journal’s founder and editor, Hippolyte de Villemesant (1810-1879). 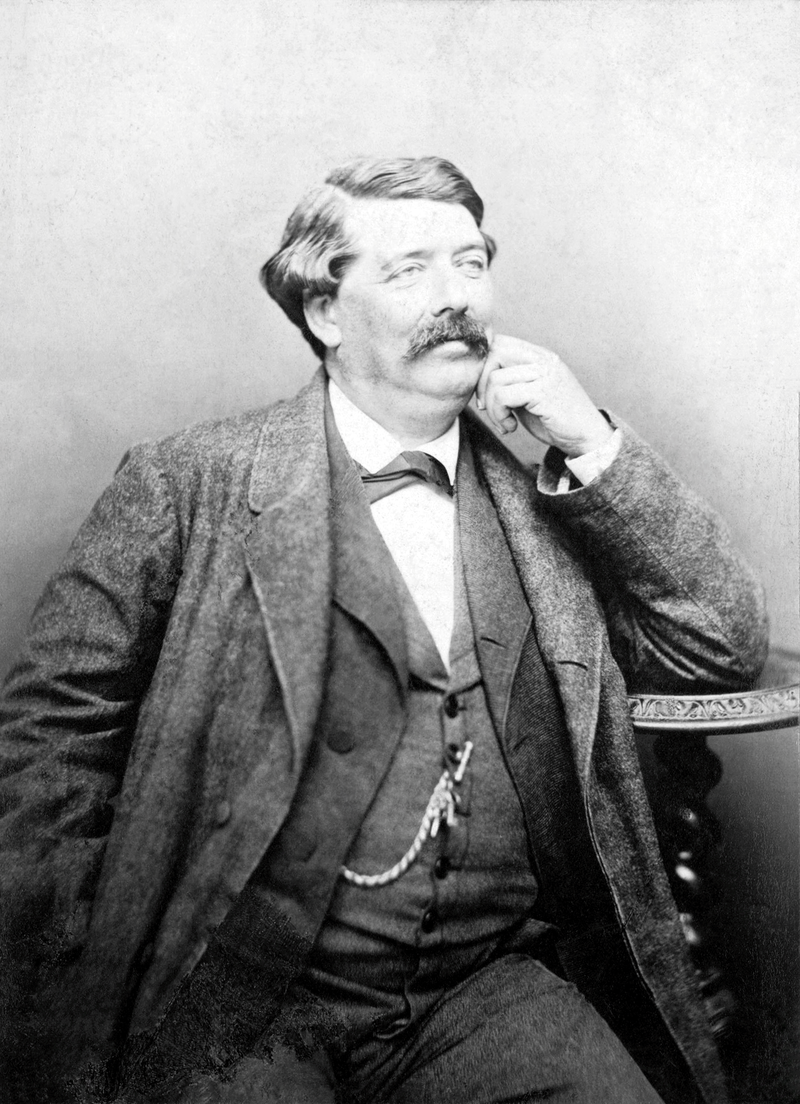 Together, the two men devised a number of clever ways to promote Offenbach’s work. (Just like Richard Armbruster recently pointed out that many close Offenbach associates worked on his stage productions while simultaneously working as caricaturists for big news outlets, where they formed the visual image of Offenbach in the media.) 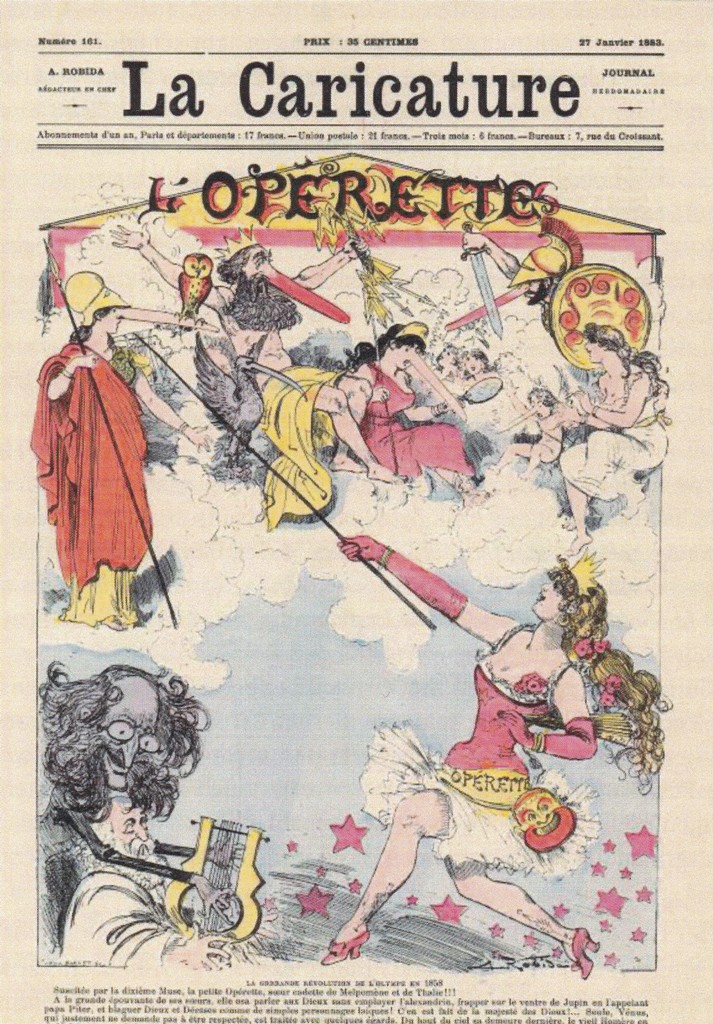 The cover of “La Caricature” from January 1883, celebrating 25 years of “Orphée aux enfers.”

Mr. Senelick writes in his review of the new edition: “One of Villemesant’s ploys was to claim he had intercepted a private letter and was making it public. In this way, Offenbach could puff a forthcoming opera without seeming pushy. Sometimes Villemesant would plant a false story in order to refute it the next day. The relationship between the two men in promoting one another’s projects amounts almost to a collaboration.”

According to Mr. Senelick, “most of the letters are high-spirited or facetious, riddled with topical allusions and private jokes.” Some of the letters, like those from Offenbach’s 1876 trip to the USA, are more substantial. When his book length account of the trip was published, Le Figaro printed a lengthy review studded with quotations, and Yon is sedulous in reproducing it as well.

The same year as Offenbach went to America, Villemesant provided a serial biography of the composer, packed with anecdotes and intimate glimpses, and thanks to the new edition we now have this in its entirety.

Many passages from this have popped up in various Offenbach books before, “but it’s good to have them in the form in which they first appeared,” Mr. Senelick writes. The same is true of Albert Wolff’s account of the composer’s last days and the obituary tribute offered by Villemesant’s son-in-law, Benoît Jouvin.

As a bonus, there are Offenbach’s “Causeries musicales” which appeared in L’Artiste in 1855-56, “frank and pungent appraisals of the Paris concert and operatic scene”; there is also Offenbach’s brief autobiography, and his summing-up of Meyerbeer and Wagner.

Richard Wagner finishing off his competitor Jacques Offenbach, a charicature from the 1870s, after the Prussian-French war.

“Yon annotates with a light hand”, says Mr. Senelick. Each item is preceded by a head note providing context and a modicum of narrative. Any obscure references are dealt with in advance. The book is abundantly illustrated.

At 13 Euros it’s a great bargain for any Offenbach fan. But: it’s in French only!