The Theater Vorpommern / Haus Stralsund will open its new season with Künneke’s Der Vetter aus Dingsda on October 8. This chamber operetta from 1920 – originally premiered in Berlin and filled with modern syncopated dance rhythms – will be staged by Kay Link and executed by a youthful local ensemble. 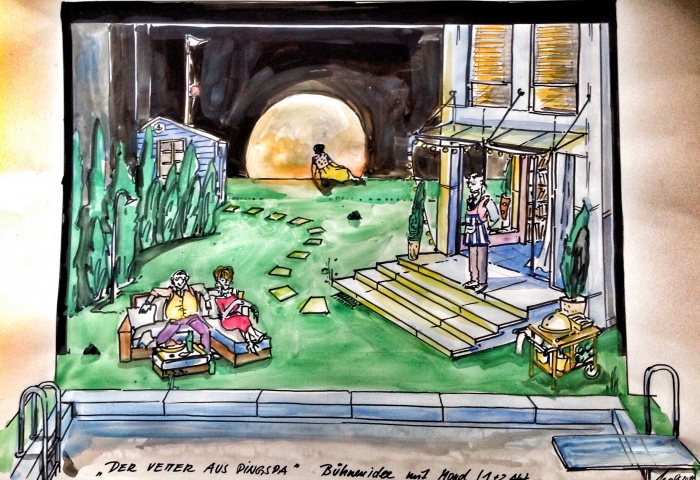 Set design by Marlit Mosler for “Der Vetter aus Dingsda” 2016, production in Stralsund: with a glorious full moon in the back.

When Mr. Link wrote to us, he pointed out that there will be a “homoerotic angle” to his production: the character of Egon is interpreted as lusting not after Julia and her friend Hannah, who both turn him down laughingly, instead he has the hots for the Julia’s absent brother Kurt. At the end of the show, Egon is sent off to Batavia, which is seen as a real act of liberation (for him) because he can get out of the small-minded world of his parents, and explore the wild life in a far-away place. And find Kurt, of course.

A few lines in the libretto seem to have been changed to fit this new “add more diversity” approach. 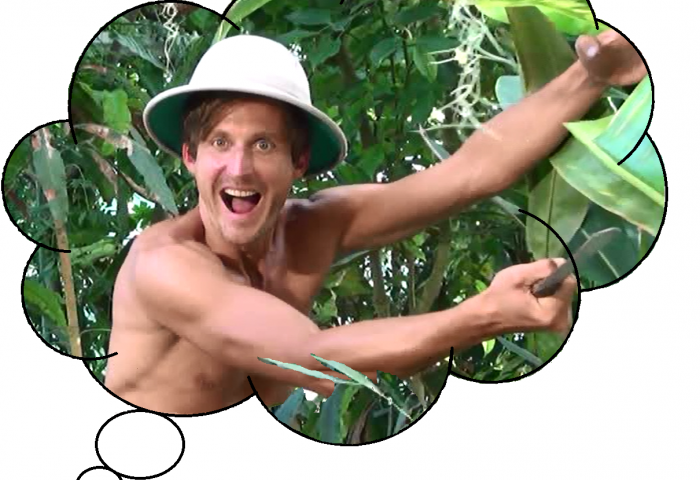 A so called “thought bubble”: this is how Julia imagines her ideal Roderich de Weert in Kay Link’s production of “Der Vetter aus Dingsda.”

After the premiere in Stralsund the show will travel onwards to Greifswald, where it will open on October 22. The cast includes Jardena Flückiger as Julia and Raphael Pauß as the mysterious stranger. Florian Csizmadia will conduct, and it will be interesting to see (and hear) how he compares to the other Florian (Ziemen) who did such a superb job with Vetter in Bremen. 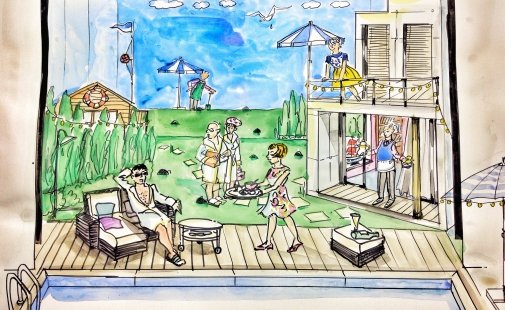 Another set design by Marlit Mosler for “Der Vetter aus Dingsda,” showing the luxurious life at the home of Julia de Weert.