The luxurious little spa town Baden bei Wien – 45 minutes from the center of Vienna by tram – considers itself a veritable haven for traditional operetta. Whatever traditional means, exactly. The Baden theater presents shows during the summer in its historic open air ‘arena,’ and then a varied winter season at the Jubiläums Stadt-Theater. After years of stagnation and mind-blowingly stuffy productions a new intendant has now arrived in Baden: youthful Michael Lakner, former artistic director of the operetta festival in Ischl. Will he rejuvenate the genre in Baden and make the city an important destination for operetta pilgrims, again? His slogan for the upcoming season is “Operette: Voll im Trend,” which roughly translated as ‘operetta: totally cool.’ 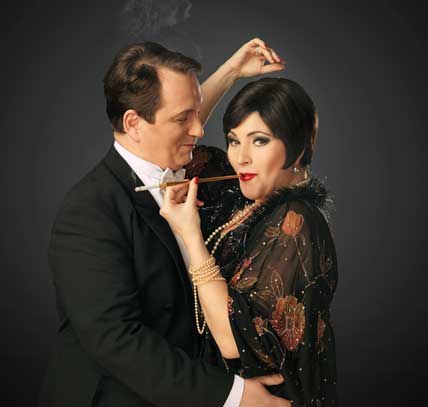 Miriam Portmann and Matjaž Stopinšek in “Eine Frau, die weiß, was sie will” on the cover of the brochure of Bühne Baden 2017/18. (Photo: Lukas Beck/Bühne Baden)

For the summer season, the most interesting of the three titles on offer between June and September is, oddly enough, not one of the two ‘cool’ operettas (Orpheus in der Unterwelt and Der Zarewitsch), but the musical Grand Hotel set in swinging 1920s Berlin, with a score by Robert Wright and George Forrest (and Maury Yeston). Sona MacDonald will star. And she could easily be more exciting than Alexandru Badea and Ilia Staple in Orpheus (which opens on 23 June), judging by the way they are presented in a photo in the season brochure. It looks like a somewhat lackluster Kama sutra guide for desperate housewives. 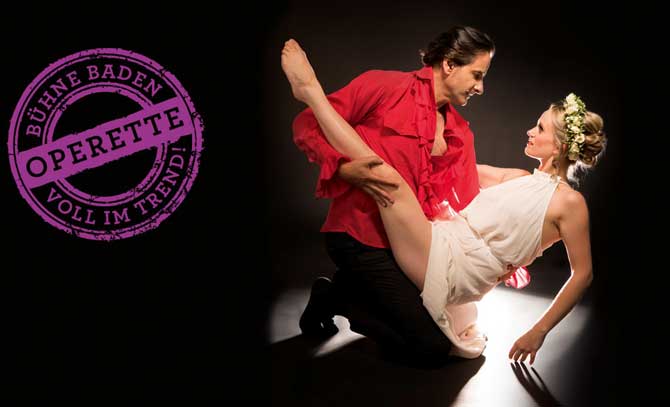 So let’s turn to the big winter season. At first glance, just looking at the titles on offer, your operetta heart will beat faster: Leo Fall’s Die Kaiserin will get a staging in December 2017, Fred Raymond’s Maske in Blau (with its libretto by top Nazi operetta authority Heinz Hentschke) follows in January 2018, Oscar Straus’s Eine Frau, die weiß was sie will in April 2018, die Lustige Witwe in June 2018 and Der Bettelstudent in July 2018. That’s an impressive list, mixing the rare with the seemingly unavoidable. The choice of titles shows that Mr. Lakner is aware of ‘cool’ trends in the operetta world. Instead of starting new trends himself, however, he seems happy just following the lead of others, if you exclude the Fall revival, which he himself kicked off back in his Ischl days.

Of course, anyone who puts on Eine Frau, die weiß was sie will will have to accept comparisons with the famous recent Barrie Kosky production that toured expansively. It was a sensation because of the witty minimal staging, and because the two stars – Dagmar Manzel and Max Hopp – simply stopped the show with each and every number they sang. They were wild and crazy and irresistible. And they had Adam Benzwi as a conductor who made the Straus score sizzle. Judging by the photo in the Baden brochure there might not be that much sizzle – the two soloists Miriam Portmann (in the Massary role of Manon) and Matjaž Stopinšek as Raoul look like they’ve walked out of a very old fashioned La Cage aux Folles production. According to the cast list, they’ll each play three roles, with Lucy and Tremoulard being played by Sylvia Rieser. So, in a way, stage director Alexander Kuchinka recycles what Kosky did, without going all the way. (Manzel and Hopp played all roles in the Berlin production.) 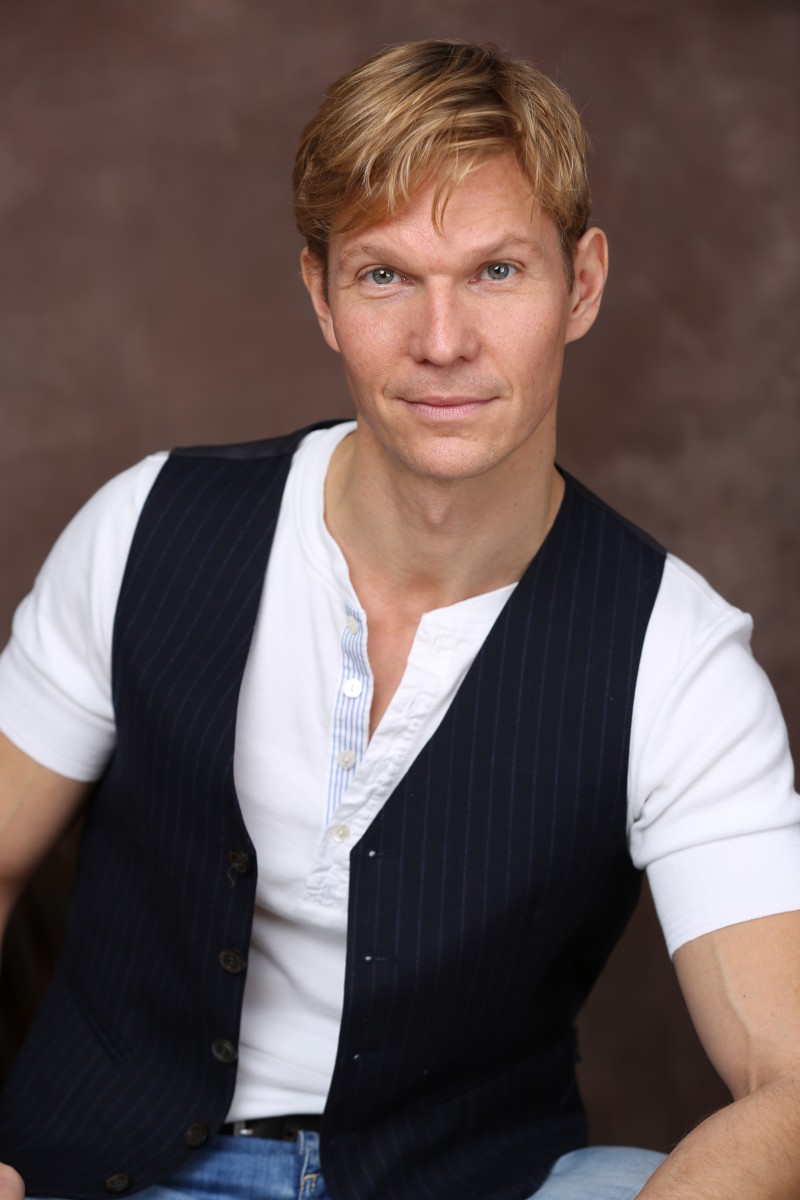 What’s remarkable about the Maske in Blau production is the casting of dashing musical comedy leading man Uli Scherbel as Josef Fraunhofer. He’s the only musical comedy person in these Baden operetta offerings, and we hope that in the future Mr. Lakner will be more daring in choosing non-opera singers who can dance and act and deliver dialogue for his programming. (Just for the record: Scherbel will also star in the new Roxy und ihr Wunderteam production in Augsburg, in December 2017. He will surely be a very convincing football playing operetta tenor.) 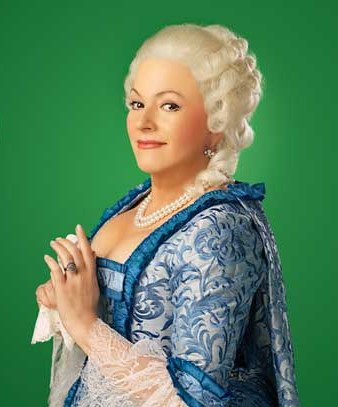 Miriam Portmann will also take on the other Massary role: the empress in Leo Fall’s Die Kaiserin. This is a production directed by Leonard Prinsloo, conducted by Franz Josef Breznik. And to increase the celebrity level, Christoph Wagner-Trenkwitz appears as Count Kaunitz. Again, the released image of Portmann as Maria Theresia is a far cry from Massary, and what Massary stands for.

It seems that the Austrian operetta world cannot make up its mind about how innovative it wants to be.

The interesting choice of titles is combined with the most antiquated PR photo material. And none of the soloists are in any way remarkable, Mr. Scherbel possibly excluded, while the Komische Oper Berlin or the Tipi Zelt am Kanzleramt have both shown how important star and ‘out of the box’ casting is for securing the success of long running productions like Perlen der Cleopatra, Clivia and Frau Luna. 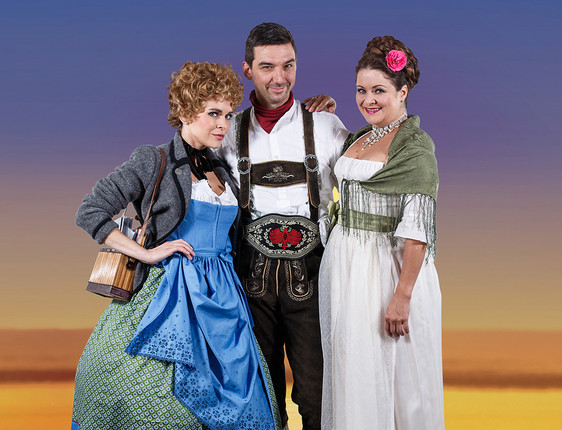 The same, in a way, applies to this year’s Mörbisch ‘spectacle’ Der Vogelhändler. In terms of look and feel it too could be straight out of the new Baden brochure. Maybe that’s just the way the Austrians love their ‘cool’ operetta heritage? As a reminder: they just kicked out Mörbisch intendant Dagmar Schellenberger in the most disgraceful way, inserted an operetta-nobody called Gerald Pichowetz as her successor, and then kicked him out too before he even started, naming baritone Peter Edelmann as the successor’s successor. He has no particular operetta vision or ambition, as he’s stated in interviews. And instead of the 2018 Stolz operetta Frühjahrsparade you can look forward to Kalman’s Gräfin Mariza – a show that is available on DVD from Mörbisch with Dagmar Schellenberger as a dashing leading lady. So much for innovation and a fresh new start.