Noel Coward. His name has become a kind of cliché, in the decades since his death, as the epitome of the clipped, English witticist of the twentieth century. He is, nowadays, credited with as many ‘bons mots’ (real or invented) as Oscar Wilde. But there was more than just bons mots to Mr Coward. He wrote plays, revue material, lyrics, music and libretti – that last, curiously, with notably less success than the others – and he performed as well. As an actor and as an entertainer. I’m not to going to go into the story of his life, that’s been done umpteen times, or his career, with its ups and downs, nor his ultimate metamorphosis into an English Eccentric Icon. I’ll just speak of this set of recordings. 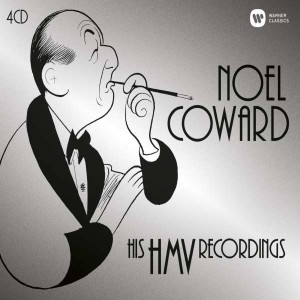 The HMV recordings of Noel Coward, newly issued by Warner Classics on 4 CDs.

Icons need their museum keepers, and Noel Coward knew what he was doing when he appointed a young man by name Sheridan Morley as his literary executor and the keeper of his flame. No one could have cared for the Coward legacy over the years with more distinction and tact. Mr Morley, sadly, has now left us, too, but he has left behind him a solid foundation for the safe preservation of that legacy, part of which is this four-disc annotated compilation of Coward’s recordings for His Master’s Voice. Yes, four discs.

Unless you are completely gaga for Coward, you are not going to play the whole four discs in a sitting.

Because this collection has a double purpose: it is not only a large selection of Noel’s songs, it is a large selection (with the odd exception) of Noel’s songs, or songs used by Noel, here sung by Noel. So you are listening to the same voice delivering often the same or same type of material for a long, long time. And, one has to admit, that it is truthfully not exactly a colourful voice. Noel had one tone, one style, a small, light voice … I suppose one would call him a ‘diseur’ rather than a vocalist. It is a voice, full of falsetto, totally suited to his light and humorous revue material, with which he made such a success in his ageing years, in his solo shows, less so to other pieces.  So it is a set into which to dip for your favourite pieces, not an easy-listening set (you have to listen to the words!) and not a play-through set. It is a set to allow radio producers to select their track(s) from among the … other bits.

The first disc, including recordings made in 1928-1932, is a fair mixture. The best bits are Coward’s renditions of his revue songs – the delicious ‘Any Little Fish Can Swim’, the not-as-flippant-as-it-seems ‘Dance, Little Lady’ and the later much-parodied ‘A Room with a view’, here in its original form. There is some splendidly po-faced spoken dialogue, with Gertrude Lawrence, from Private Lives, and a surprisingly adept version of ‘Lover of my Dreams’, but there are also several medleys from his pasticcio pageant, Cavalcade, which are not of huge interest, except for completeness, and his attempt to give his own Bitter-Sweet soprano song ‘Zigeuner’ is frankly embarrassing.

Disc Two includes the definitive versions of the classic ‘Mad Dogs and Englishmen’ and ‘Mrs Worthington’ plus the jolly ‘Has Anybody Seen our Ship’ and the jaunty ‘Something to do with Spring’, as well as a selection from, possibly, Coward’s best stage musical, Conversation Piece. Here, fortunately, the author-composer does not try to sing the soprano songs, he merely puts on a rather risible quasi-French accent to play the leading man’s spoken part while the songs of Melanie (‘I’ll Follow my Secret Heart’) are given by the incomparable Yvonne Printemps. Incomparably. Finally, there are the three songs from Shadow Play, again with Miss Lawrence. Yes, I think between ‘Mad Dogs’ and Mlle Printemps, disc two may be my most-played.

Unfortunately, Coward didn’t come up with stage pieces to equal Bitter-Sweet and Conversation Piece again, even if his later shows did include some memorable songs, so discs three and four are devoted largely to Noel singing his and other folks’ songs. On number three, we get ‘The Stately Homes of England’ (Operette), ‘London Pride’, ‘Imagine the Duchess’s Feelings’ and ‘Don’t Let’s Be Beastly to the Germans’, plus quite a bit of ‘Noel sings other folks’ stuff Noel-style’, but the fourth disc features not only songs like ‘I Wonder What Happened to Him’ and Noel’s favourite ‘Matelot’, but seven pieces from Coward’s brilliant score for the sadly flawed Pacific 1860.

Unfortunately, here we have no soprano to deliver the dazzling ‘This is a Changing World’ (my own favourite Coward romance), all the excerpts are sung by the writer.

Which is fine for the humorous ‘His Excellency Regrets’ and the hilarious ‘Uncle Harry’, but makes a mess of the soprano music and means the beautiful ‘This is a night for lovers’ has to be omitted. I know this set is devoted to Coward the performer, but Mlle Printemps’s solos are included, so why not Sylvia Cecil’s? 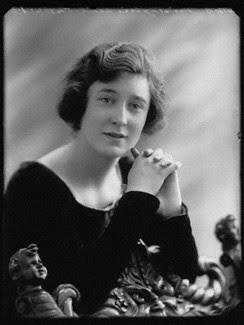 Well, I’ve done three and a half discs. I’m up to the 1950s, and much of what follows is repeats and medleys, plus bits from the under-effective Ace of Clubs. But the set finishes with one more bit of what has become regarded as ‘Cowardesque’ humour: ‘There Are Bad Times Just Around the Corner’. Yes.

It’s a grand set, glistening with a selection of classic gems performed by the inimitable Mr Coward (and his ladies), and if there is a certain amount of padding between the highlights, well, that’s what happens when you are being ‘complete’.

All in all, I think Noel would be ‘right chuffed, dear boy’ at this memorial, and it is clearly worth its reissue.