The theater in Görlitz had planned to bring back the 1978 DDR musical Prinz von Preußen by Dieter Brand and Harry Sander (music) and with lyrics by Jürgen Degenhardt. The new production by Kay Link was to be part of the broader revival of DDR operettas and musicals in Germany right now. But then, just before opening night on 12 November, the sprinklers in the theater went off and ruined the sets, drowned out the stage and made it impossible to go through with the premiere in Görlitz. 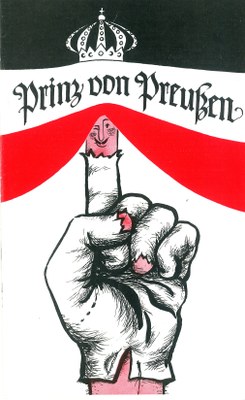 Prinz von Preußen – i.e. the Prince of Prussia – originally premiered at the Städtische Bühnen in Erfurt, 300 kilometers westwards from Görlitz (which is next to the Polish border). It’s a show set in the early 1920s, shortly after World War 1, the end of the monarchy and the declaration of the first German Republic. It’s also a time of crazy inflation and social chaos. An impoverished young man from the Baltics arrives in Berlin, he’s called Harry.

At the train station he meets someone who introduces himself as “Baron Maximilian Lüttwitz”, while his real name is Max Lütt. He makes a living as an imposter, and though Harry tries to resist at first, poverty forces him to also start working as a criminal, calling himself “Baron Korff”. 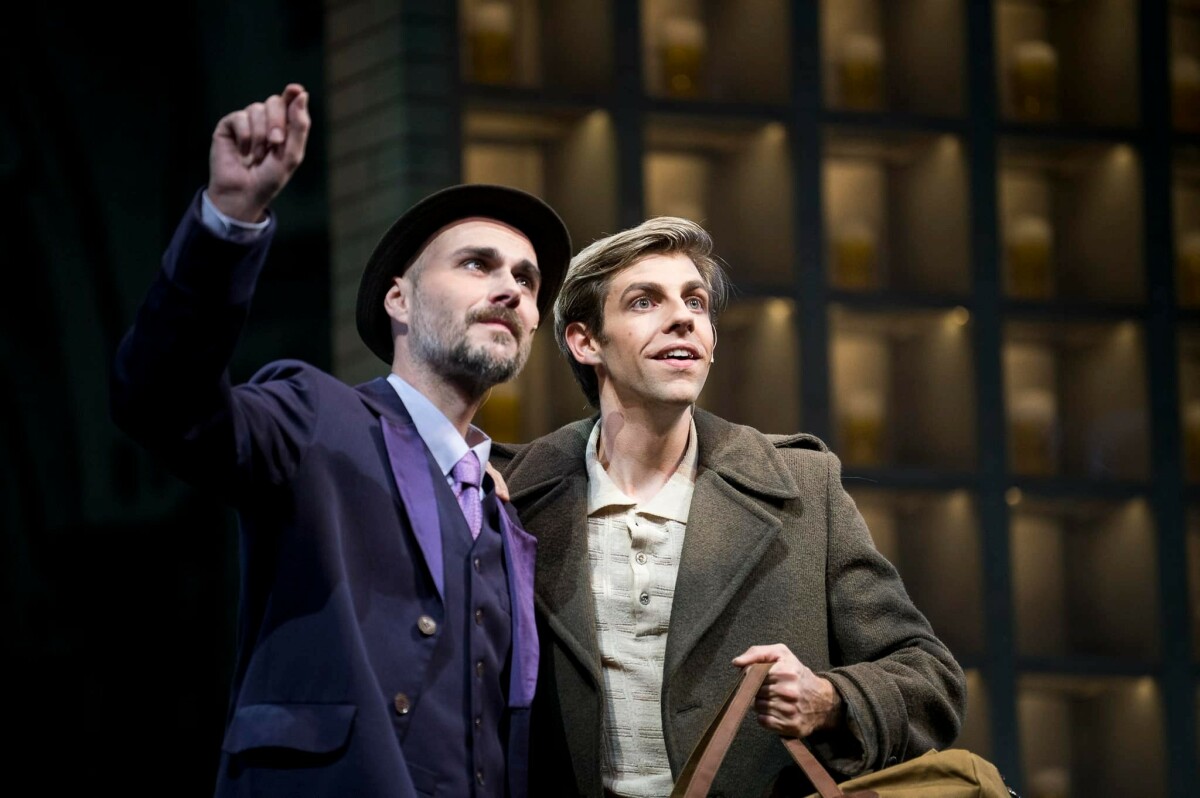 A few years later, the director of a luxury hotel claims to recognize in Baron Korff the grandson of the exiled emperor, Wilhelm II. Harry doesn’t contradict the hotel director and is suddenly surrounded by journalists who all want the story of this Prince of Prussia.

He’s invited by the German aristocracy – or what’s left of them – to parties. But as the charade goes on, Harry searches for a way out. With the help of his girl friend Lilly he escapes from Germany, she in turn tells everyone who Harry really is – and ridicules the aristocratic circles who longed for a kind of Prussian messiah to lead them out of democracy and back to the “old” system. They fell for a working class boy, believing him to be their savior. Which spookily foreshadows the arrival of Hitler and all that happened later. 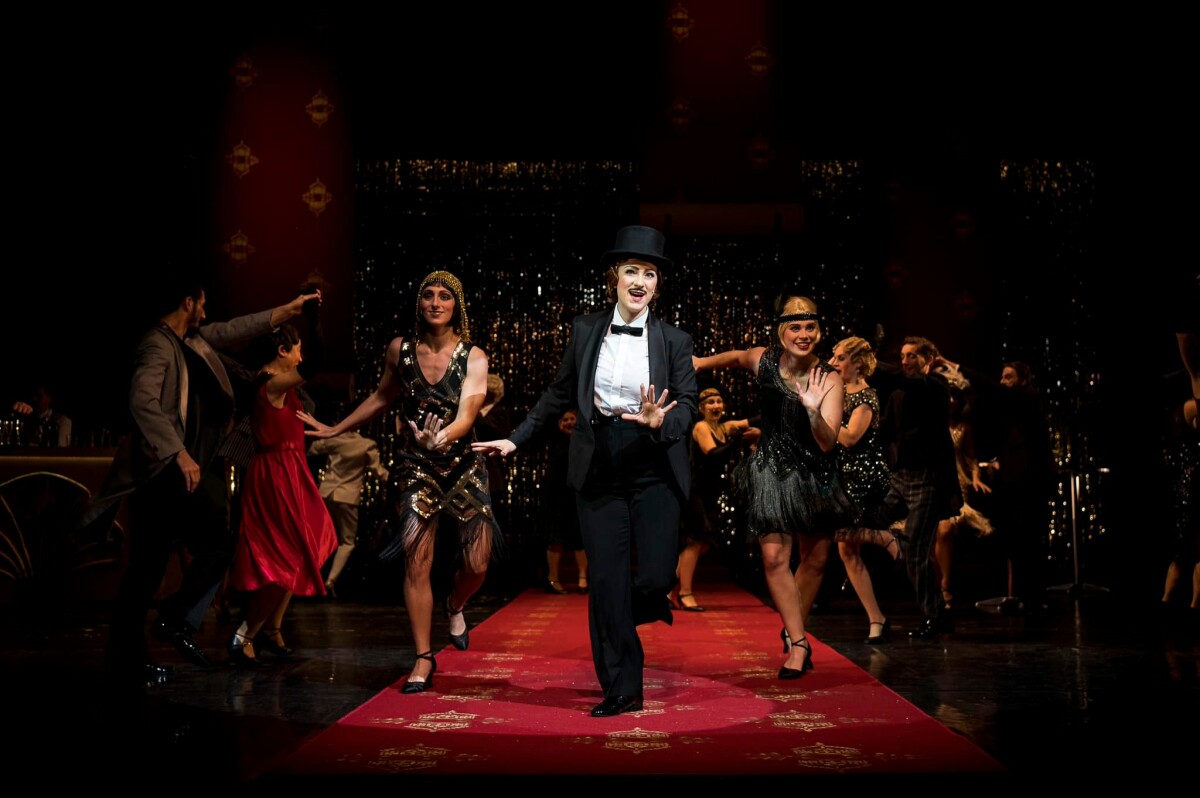 It’s a typical DDR show with a clear ideological message. (For more information on musicals and operettas from socialism and communism, click here for a review of a new book on the topic.)

The premiere in 1978 was praised by East German newspapers. Theater der Zeit applauded the “conservative” musical style utilized, with marches, waltzes, chansons, and opera quotes. The critic Dietmar Fritsche claims the music has “an often animating freshness”. But he also states that it fails to “leave a deeper impression”. No recording was made back in the 1970s.

Now, in 2022, stage director Kay Link wanted to emphasize the homoerotic bond between Harry and Max, which he claims has been there all along, it was just not put in the foreground in DDR times. 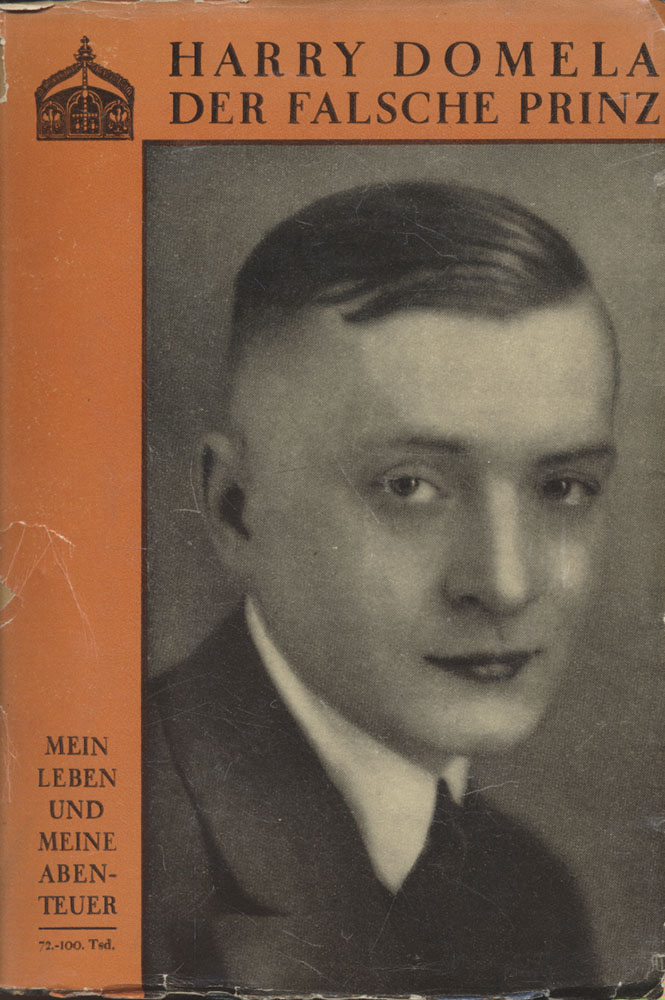 The book “Der falsche Prinz” by Harry Domela, published in 1927.

Because the sprinklers ruined the entire set and stage, all performances of Prinz von Preußen in Görlitz had to be cancelled. Mr. Link told the Operetta Research Center that he was surprised by the “amazing sound” and “orchestrations” from 1978. They are by Joachim Gocht and original. Mr. Link also says that his singing actors in Görlitz were perfectly cast for their roles, and that the chorus truly “rocked the show”. 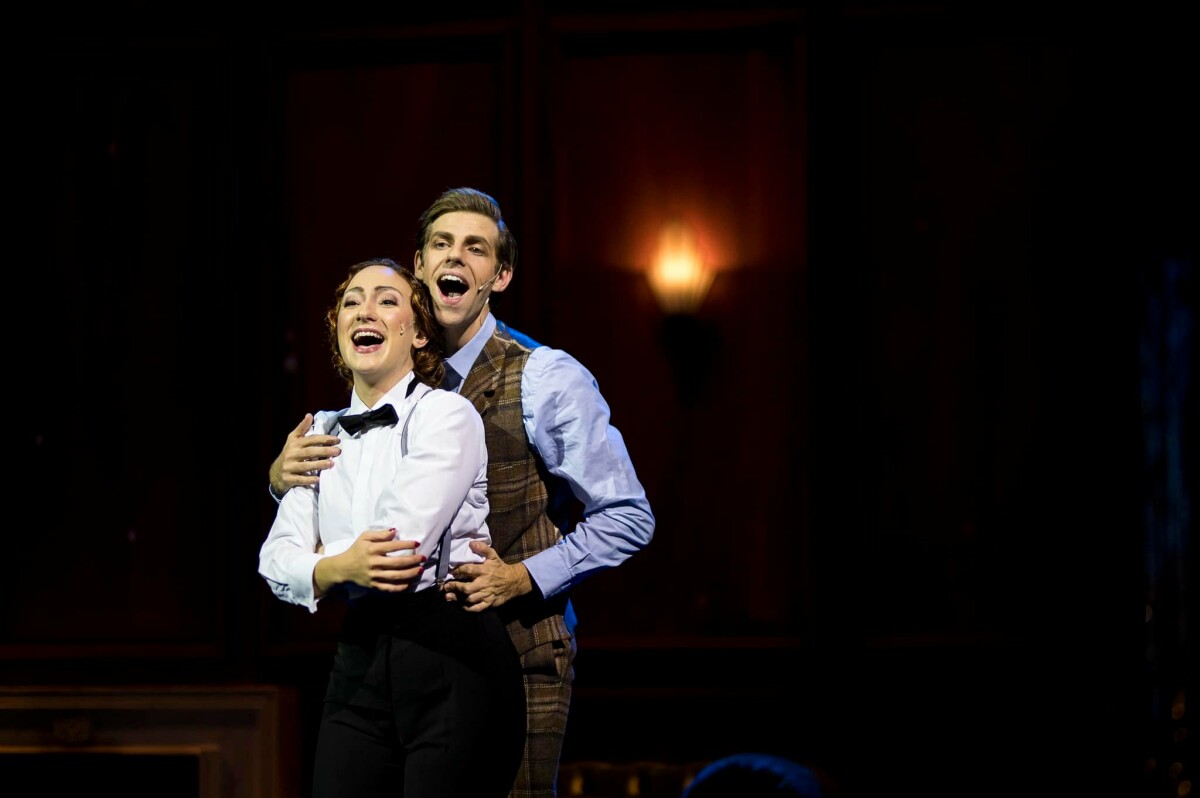 “It would have been a fantastic evening,” says Mr. Link. “And it’s astonishing to witness where the DDR was with regard to musicals in the late 1970s.” 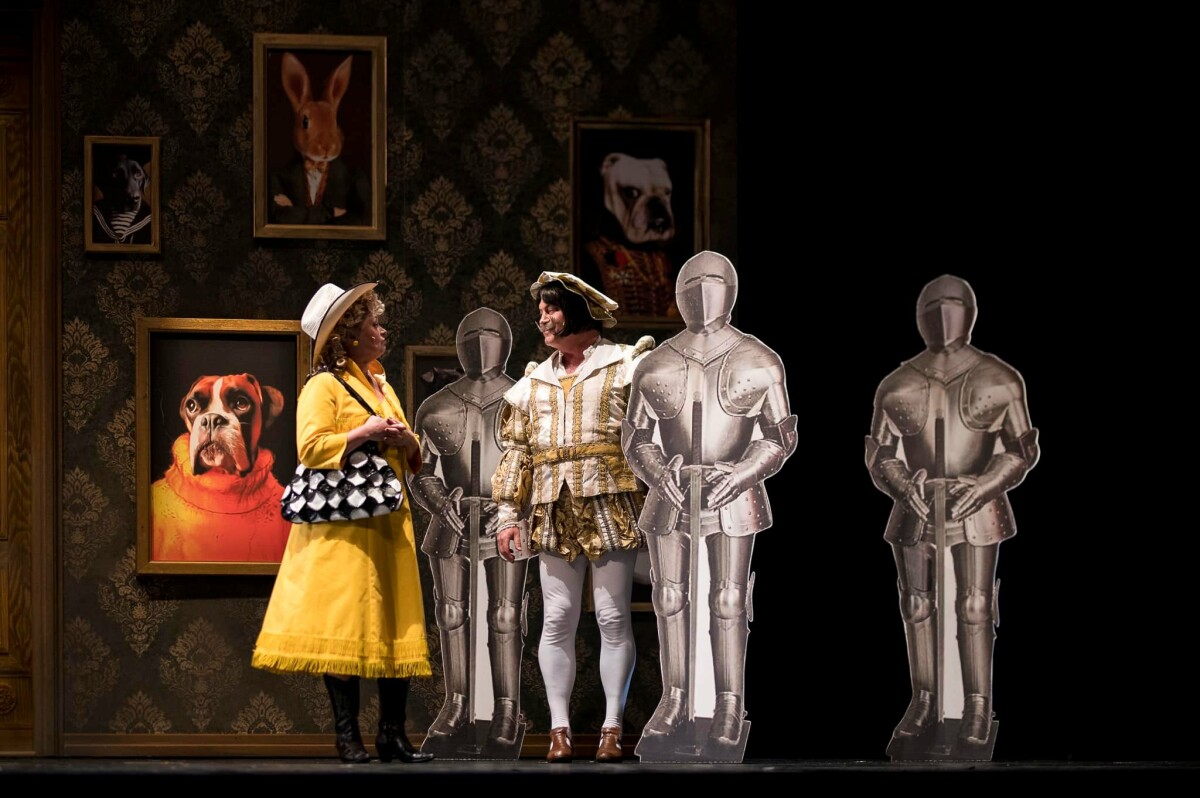 It’s almost impossible to expect performances to happen in Görlitz this season. If you watch the video of the sprinklers raining down onto the stage you understand why.

But Mr. Link hopes that the sets can be rebuilt, and the show brought back for a belated opening night next season.

Meanwhile, Staatsoperette Dresden has announced a concert devoted to DDR titles on 5 December: Ein bisschen Horror und ein bisschen Sex – Ein DDR-Operettenabend. Apart from standards such as Mein Freund Bunbury (from which the quote in the title is taken) and Messeschlager Gisela, there will be less familiar numbers by Gerd Natschinski, Herbert Kawan and Conny Odd. 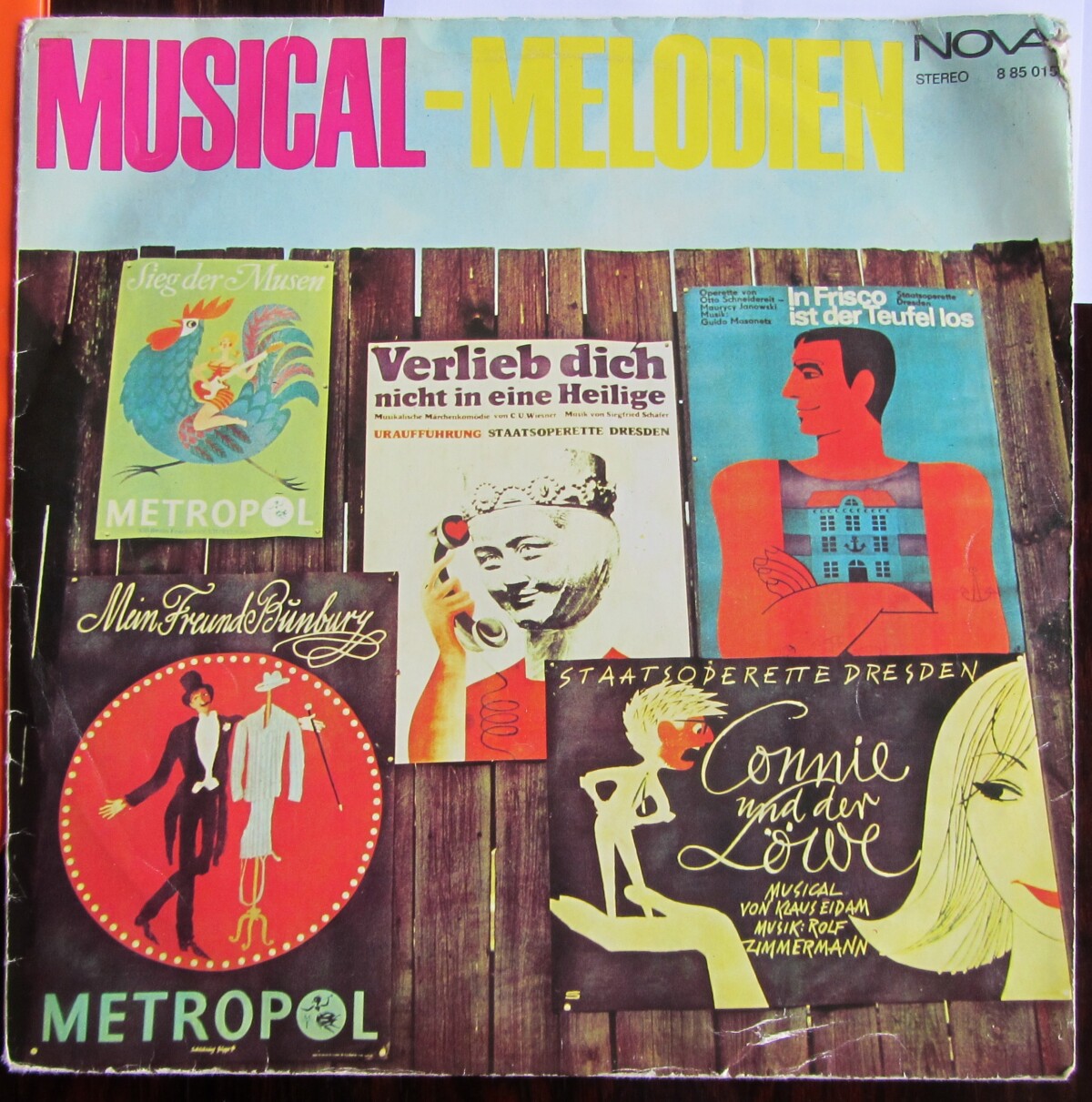 Additionally, the press release promises “excursions” to the neighboring socialist countries and rarities from there that once premiered in Germany at Staatsoperette Dresden. The concert will be repeated on 15 May, 2023. Judith Wiemers as dramaturg selected the titles and will host the concert together with various guests.