Opera della Luna is a well-established company, specializing in small-scale touring productions of operetta. Having concentrated on Offenbach and Sullivan for the past few years, the company decided to look around for a work from the so called Viennese ‘Golden Age’ to stage, and decided to choose what was, at the time, the composer’s most successful stage work, especially in the USA: Das Spitzentuch der Königin or The Queen’s Lace Handkerchief. It has only been staged in the UK once before, in 1937, when it was also broadcast by the BBC, conducted by Stanford Robinson. 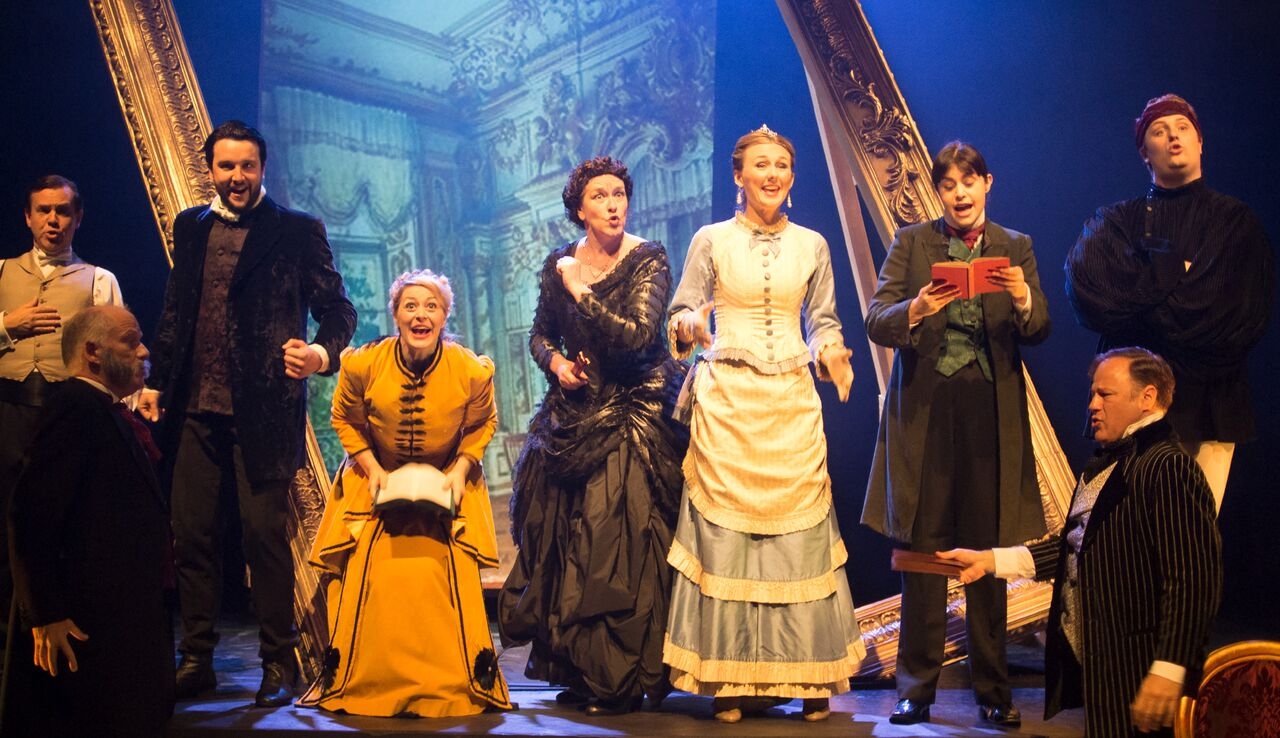 A great deal of research was undertaken to find a libretto for this show: in the end Jeff Clarke, the director, discovered the remains of at least five in translations for the American premiere in 1882, and has adapted a new version especially for this production. The plot, in which many writers seemed to have had a hand, judging by the various law suits after the original 1880 first night at the Theater an der Wien, is unnecessarily convoluted, dealing with the marriage of the King of Portugal (whom Jeff Clarke thinks is based on the life of Crown Prince Rudolf of Austria-Hungary) before he ascends to the throne. In the operetta, he, although married to his young Queen, whom Clarke believes is based on Princess Stephanie of Belgium (Charlotte Knight), is having an affair with the wife of the Regent Villalobos (in this production just called the prime minister, and delightfully sung and acted by Charles Johnston).

The King is a ‘breeches role’, here sung by one of the best voices in the company, Emily Kyte, who has a rich mezzo-soprano. However, a great deal of belief needs to be suspended in order to imagine her/him having a love affair with the wife of the prime minister, who is at least 30 years older than she is!

Nicholas Ransley, in the role of Don Sancho, the prime minister’s right-hand, and the role originally played by Alexander Girardi, is the most successful at getting the style needed. He communicates his role to the audience with ease and his dialogue flows into the music with a great sense of fun.

Generally speaking, the places where Clarke had newly translated the libretto were excellent: where he was relying on the various 19th century American translations the dialogue ground to a halt.

Sadly, the director does not appear to have made up his mind whether or not his production is set in seventeenth century Spain or in late nineteenth century Vienna, which is rather confusing: the plot, which also includes the writer Cervantes, is complicated enough without this doubt!

Wilton’s Music Hall, an iconic venue originally built in 1853, but dating back to 1690, has the right ambience for this piece, its main disadvantage being its small split level stage, which it was clear the company was having difficulty using, and limited wing space.

Set design (Elroy Ashmore) was simple yet effective, consisting of a large, reversible picture frame set at an angle and taking up a lot of room on the upper stage, with various large paintings of Vienna giving an indication of the different settings. These paintings, although on a truck, seemed awkward to move by the actors. 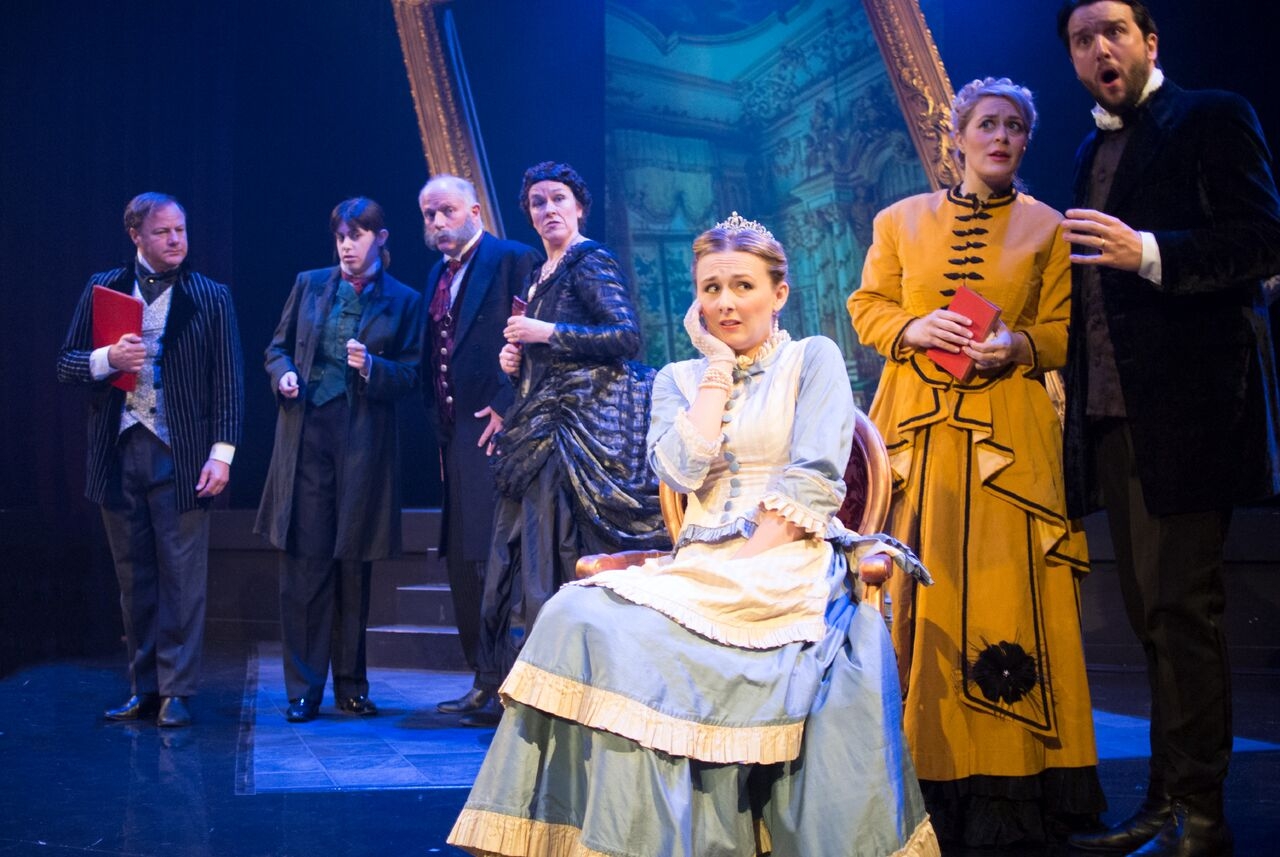 Here, the most successful part of the operetta was, unusually, Act Three which had a much greater sense of fun and style than the previous acts. The dialogue here was very witty and had much more pace than previously and the few songs were staged with much more élan.

Lighting design (Nic Holdridge) was clearly a problem at this venue, singers’ faces often being left in the dark, or a lighting change occurring before or after it should have done. It was so bad, actually, that it was hilarious!

Some of the acting was ‘hammy’ with overdone facial expressions throughout as if they were acting in a huge space like a Greek theatre! (Seating capacity was about 250)

But I have left the best till last! New orchestrations for 12 players had been prepared by Francis Griffin. These were superb:  ‘Palm Court’ in style and therefore very appropriate for a show in which several of the waltzes were combined by Strauss into Roses From The South, which, as older readers will know, was for many years the signature tune of the BBC’s Grand Hotel radio program.

The playing of the orchestra, under the expert guidance of Toby Purser, who clearly understands the lilt that this music needs, was beautifully crisp and light, from the overture onward – just what was needed. There is no pit at Wilton’s, the orchestra played at audience level stage left. This caused no sound balance problems as the orchestra never overwhelmed the singers, but Wilton’s does have a very bright acoustic with a pronounced echo which meant that diction often suffered. 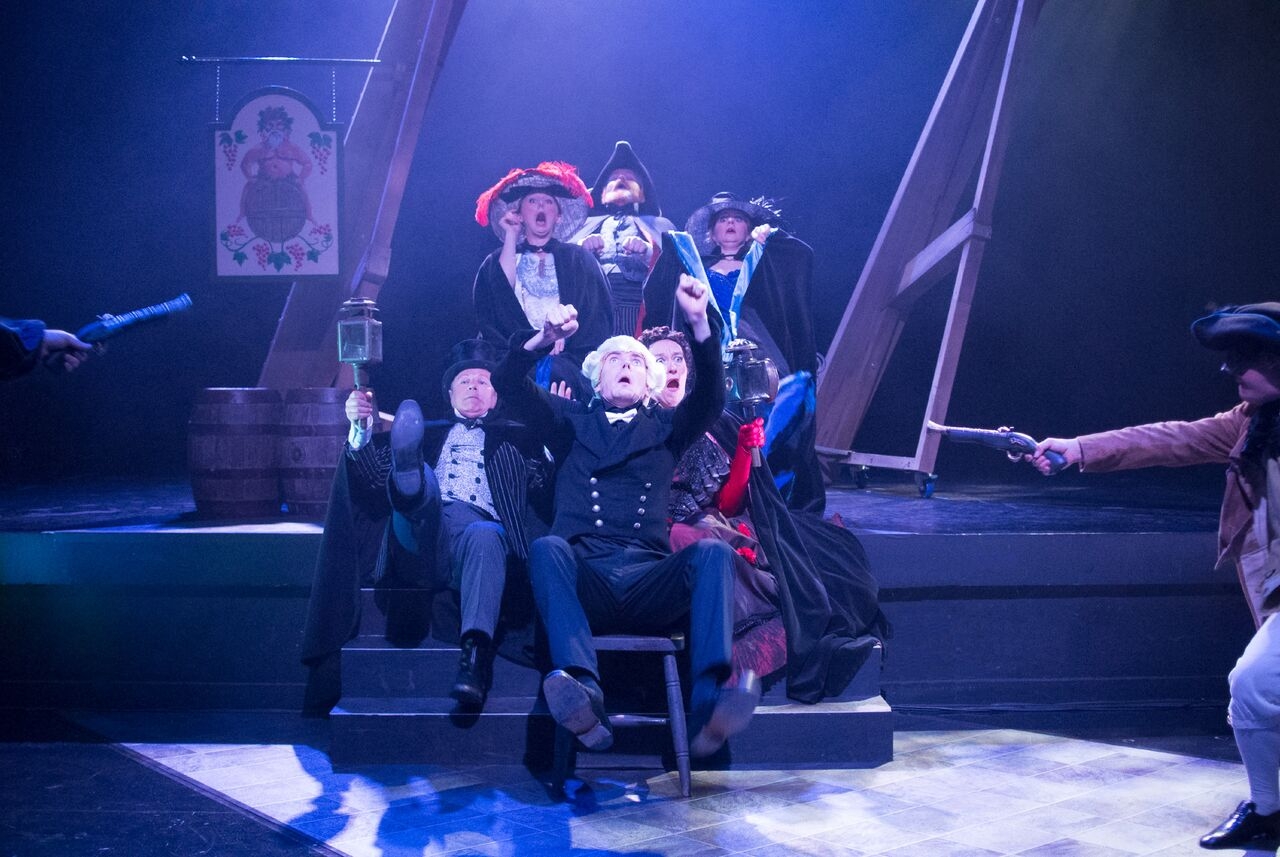 So, what of the operetta itself? Musically much more like Offenbach than Fledermaus or Zigeunerbaron, with some sparkling numbers, such as the opening trio of Act 2, even if the libretto is problematical. It is certainly well worth a visit if this production tours anywhere near you!

A word on the program, which is a model of what programs should be: as well as a summary there is also a very detailed version of the plot (tho’ reading as if it takes place in C17 Spain, not C19 Vienna!), and copious information on the genesis of the work, putting it into the context of Strauss’ oeuvre as a whole (Andrew Lamb) and an article on the research that the indefatigable Jeff Clarke did in order to be able to stage this enjoyable and neglected work.