It was a dazzling party: Yvonne Kalman celebrated her 80th birthday last week-end in Budapest as a big gala event, in cooperation with the Budapest Operetta Theater (BOT) and Pentaton Concert and Artist Management. Which made the whole affair – with many international guests and journalist, music managers and artist agents – more than just a private affair. A fact that was highlighted when Miss Kalman was officially awarded the Pro Cultura Hungarica prize by Hungary’s culture minister in a grand ceremony in the reception hall of the House of Parliament: it’s a prize in recognition of her “unwavering crusade to get the works of her father Emmerich Kalman performed” and thus “helping to export Hungarian culture to the world,” as the minister said. Because such Hungarian culture is very precious, especially for the current right-wing government, the minister also announced that there will be a new Emmerich Kalman Research Center dedicated to academically examining the history and importance of Hungarian operetta in general and Emmerich Kalman’s oeuvre in particular. 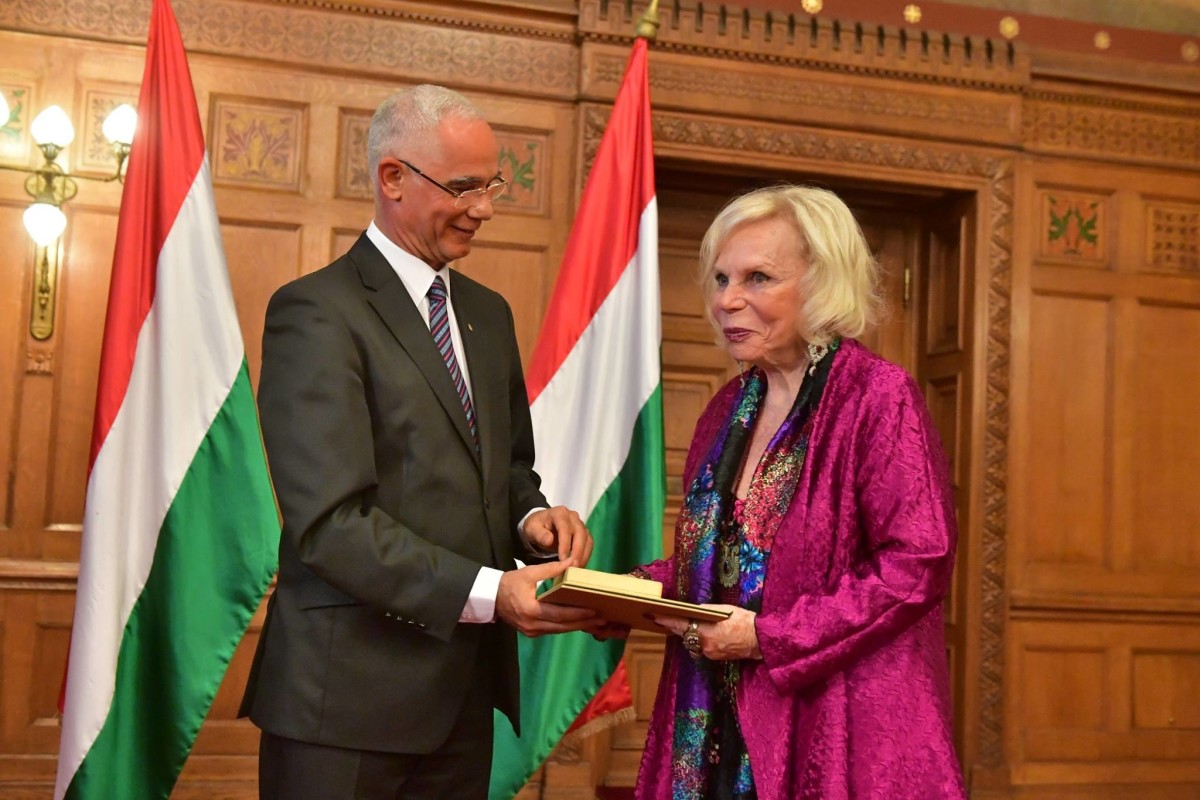 Needless to say, we here at the Operetta Research Center were pleasantly surprised to find out that there will be another research center, financially supported by the Hungarian government. It will be attached to the Orszagos Szinhaztorteneti Muzeum es Intezet (Hungarian Theater Museum and Institute).

The research center’s activities will be coordinated by Professor Magdolna Jákfalvi who teaches Hungarian theater history under socialism at the local university and is a wonderful academic – she already organized the conference “100 Years Csardasfürstin” in Budapest, and she is sure to bring really new perspectives to the operetta research world. We, here at ORCA, look forward to the many results of her work, and we’re delighted that her university students will be involved in the research project. Because without a next generation of researchers, discovering their own interesting aspects to explore, any genre is doomed to die.

I’m sure the students will find more profound things to say about Emmerich Kalman and the importance of Hungarian operetta than the culture minister did in his speech: he basically spoke about his grandmother singing Kalman tunes while she did her house-work in the kitchen, and he spoke of the importance of exporting Hungarian culture to the world, to demonstrate its superior quality. 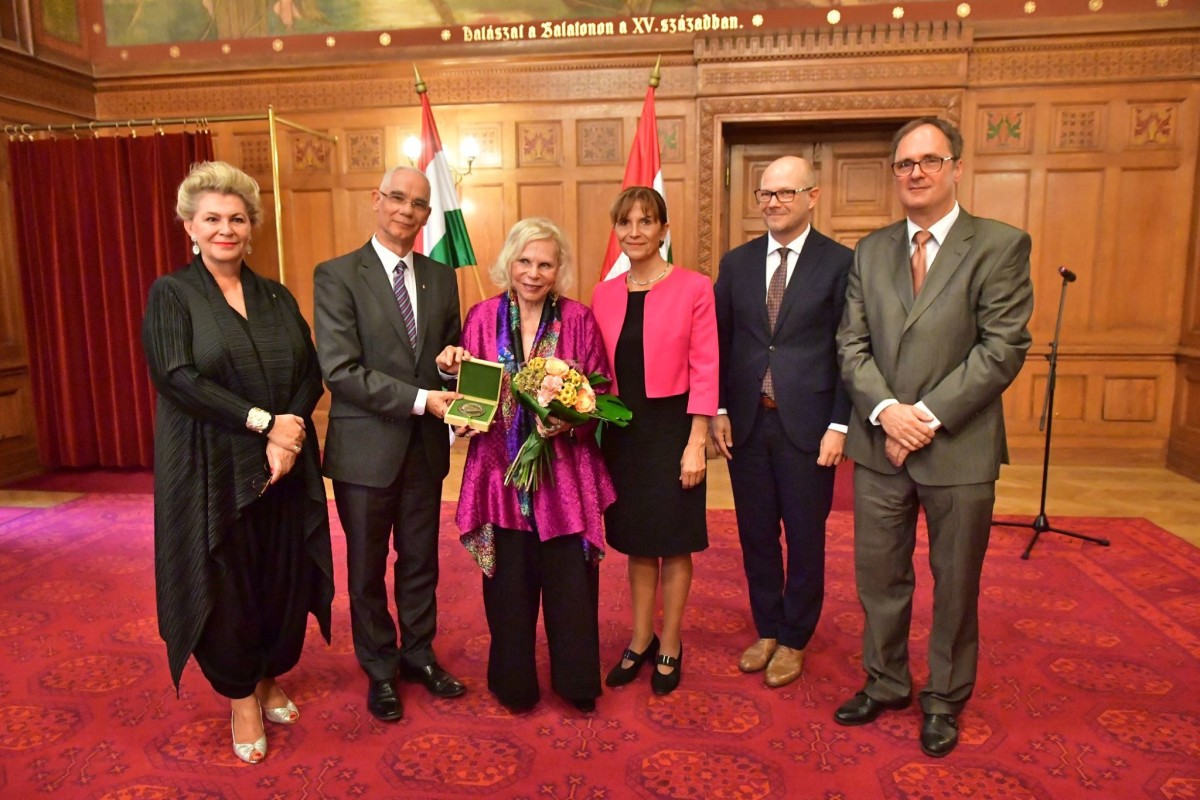 Victor Orban’s wife Anikó Lévai – a lawyer – sat next to Yvonne Kalman during the prize ceremony and has been known, in the past, to be an outspoken Kalman enthusiastic. She did not speak during the ceremony, though, only posed for a photo. Talking of photos: Hungary’s most famous paparazzi was at all the events, taking pictures of the many local VIPs that came for the parties. 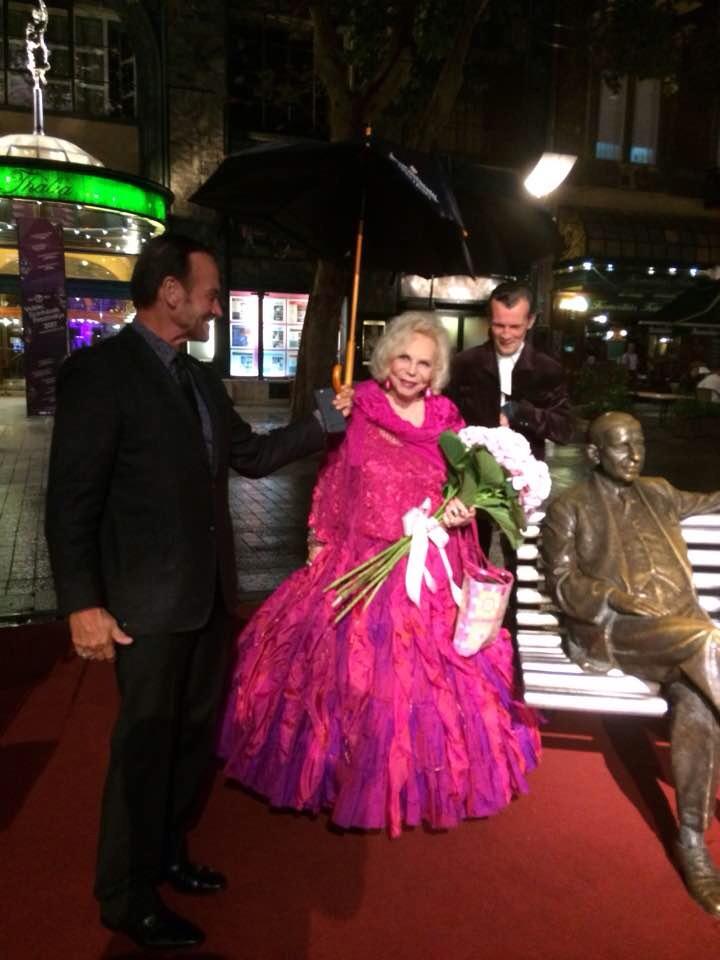 Talking of parties: on Saturday Miss Kalman arrived at the newly re-opened Kalman Theater, right next to BOT. On that evening, during a sit-down dinner, many of the most loved stars of BOT came onto the small cabaret stage and performed. Among the most outstanding appearances were Zsuzsa Kalocsai and Marika Oszwald. Miss Kalocsai is a kind of Margit Schramm of Budapest operetta, one of the most celebrated divas of the recent past. I remember seeing her as a glorious Mariza in the early 2000s. She has now modified her repertoire and sings “elderly ladies,” but for the party she came out and sang “Höre ich Zigeunergeigen” in Hungarian, bringing all that famed “retro glory” and charm with her. It was dazzling to hear and see. And Miss Oszwald was – even with her singing voice mostly gone – a true trooper. She infused comedy and naughtiness into every look she threw the audience, and her “Hungarian” dancing was so funny you thought you were watching an old-fashioned vaudeville performance from the 1920s. Great! 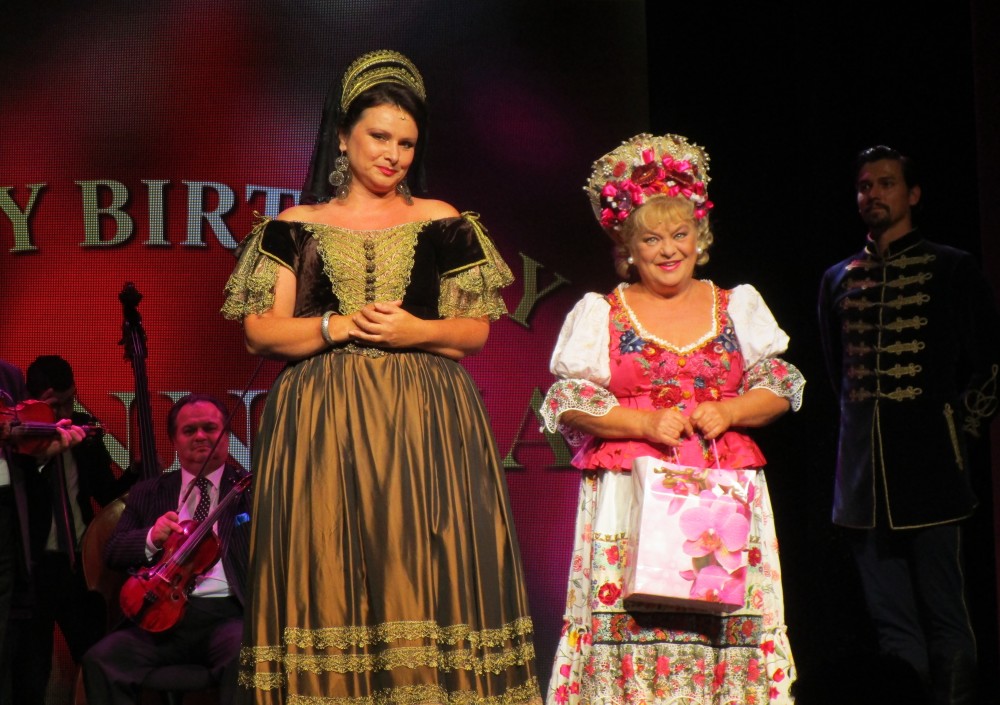 Apropos Hungarian dancing: While it’s legitimate to consider Kalman a part of Hungarian national heritage, it is a bit troubling to spend an entire evening hearing only (!) Hungarian themed Kalman tunes, as if the composer never wrote anything else. After hours and hours of “gypsy” bands playing, this music takes on a somewhat numbing effect. And it distorts the perspective, since Kalman composed internationally, always conscious of changing tastes. But hardly any of his famous syncopated jazz tunes and dance numbers were heard, except the “Slowfox for Mary” from Herzogin von Chicago (1928) which was given a rousing performance. 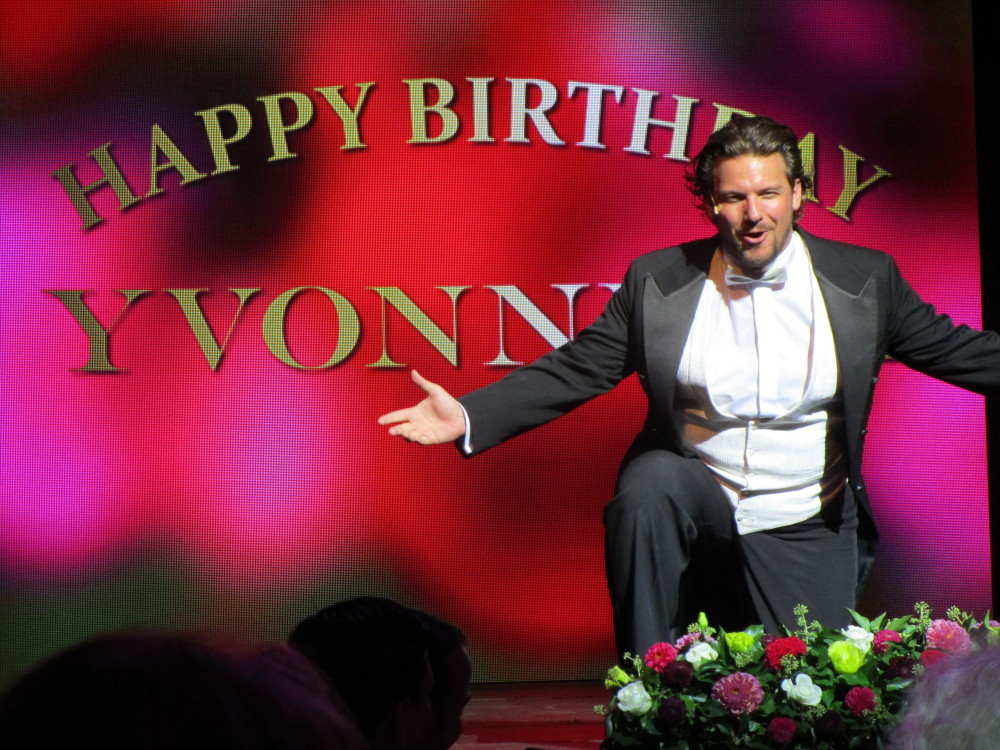 All in all, it was great to see Yvonne Kalman’s many friends who flew in from Mexico, the US, Germany etc. Her circle of acquaintances is as cosmopolitan as her father’s music and career. And Miss Kalman brings a specific glamour to operetta that’s a highly individual alternative to that once cultivated by her mother, Vera Kalman.

After the three days of partying, Miss Kalman and the BOT with its innovative director György Lőrinczy are on their way to Munich where the grand spectacle production of Herzogin von Chicago is presented at the Deutsches Theater for six performances. That staging is a clear attempt by Lőrinczy to break away from “old fashioned” operetta routines and emphasize the Broadway side of Kalman – with some amazing dance sequences.

We will have an update on the Kalman Research Center here soon!