The Golden Apple (1954) is widely acknowledged by musical theatre scholars as a much-neglected gem, and it is presently receiving a rare full-scale production at the Lyric Stage in Irving, Texas, located close by the Dallas/Ft. Worth international Airport (should you wish to book the next flight). Credit conductor Jay Dias and artistic director Steven Jones for the courage in producing this ambitious, richly rewarding work. I have seen TGA twice before in smaller productions, at Boston University in 1974 under the direction of Word Baker (original director of The Fantasticks) and at the York Theatre Off-Broadway in 1990, but never before with a full orchestra and cast. 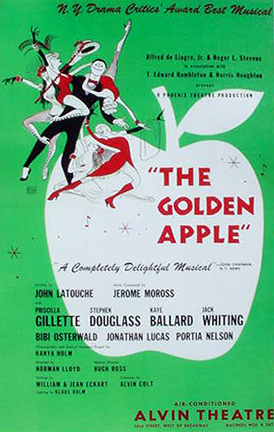 A critics’ darling at its premiere Off-Broadway at the Phoenix in 1954, it won the New York Drama Critics Circle Award for Best Musical that season and transferred to Broadway’s Alvin Theatre for a 125-performance run. Although richly entertaining in musical comedy terms, general audiences were overwhelmed by the demanding through-sung score. Its story simply transposes the The Iliad and The Odyssey to the small town of Angel’s Roost in Washington state in 1900. In Act 1 Ulysses leads the men in victorious return from the Spanish-American War.

Once fair Helen is kidnapped by the unscrupulous Paris, in Act 2 Ulysses and the men resolve to go to Rhododendron to retrieve her, but are defeated by the wiles of that big city. Ulysses returns humbled by curtain to the arms of his loving wife Penelope.

The book and lyrics are a masterpiece of wit and storytelling from poet John Latouche, whose other credits include “Cabin In the Sky” (1940), the Eddie Cantor vehicle “Banjo Eyes” (1941), “Ballet Ballads” (1948), and several lyrics to Leonard Bernstein’s “Candide” (1956).

Latouche died before he could complete Candide. His work was recently assembled into a smart revue by the York Theater in 2000 under the title Taking A Chance On Love, and he is much remembered for the lyrics to the 13-minute patriotic cantata “Ballad for Americans” (music by Earl Robinson) premiered in the 1939 revue Sing For Your Supper and recorded by Paul Robeson. Jerome Moross composed the score for the satiric Broadway revue Parade in 1935; apart from The Golden Apple his theatre scores include Ballet Ballads and Gentlemen, Be Seated! (1963, NYC Opera). He may be better known for composing 20 film scores including The Big Country, The Cardinal and Rachel Rachel, and his orchestrations for many more. 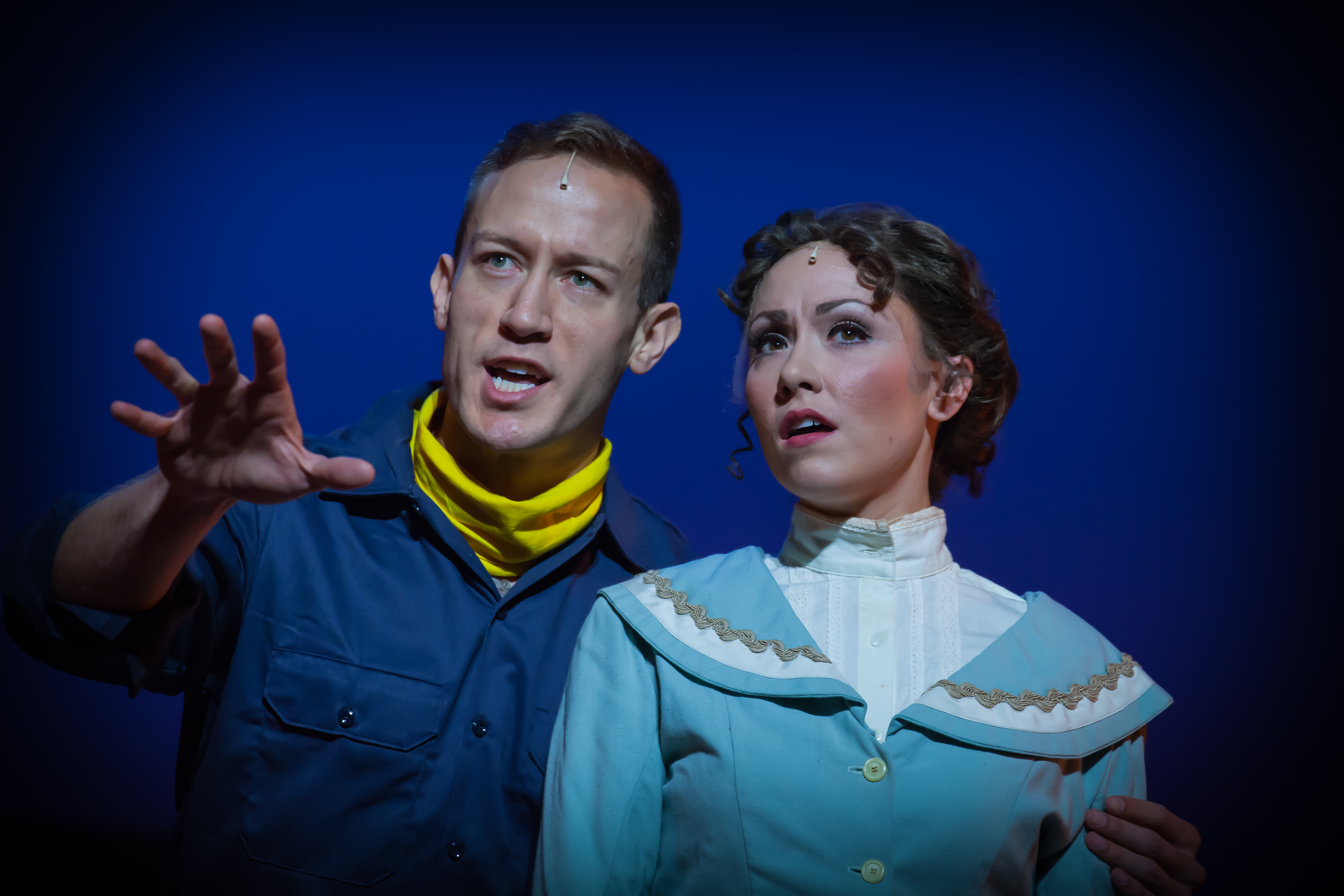 Now, to get back to the Lyric Tage and their The Golden Apple: it is absolutely stunning. Thrilling even. I am so glad I came all the way to Irving, Texas for this!

The three leads, Ulysses, Penelope and Helen, are vocally equal to – or even better – than their original Broadway counterparts Stephen Douglass, Priscilla Gillette and Kaye Ballard. And they are all local talents. Christopher J Deaton is Ulysses: a perfect manly leader, yet not too handsome. 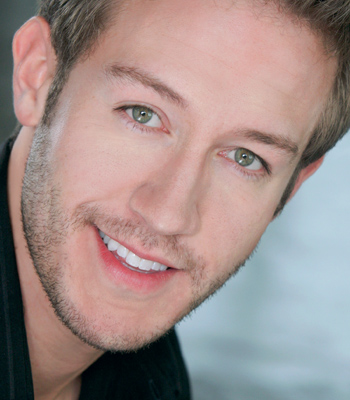 The daughter of composer Jerome Moross, who I spoke to in the interval, remarked that Priscilla Gillette could never properly sing the role of Penelope, and her modern-day successor Kristen Lassiter showed just how it should be sung. One of the most memorable talents from last year’s Pleasures And Palaces at the Lyric Stage, Danielle Estes (who played the over-sexed Sura), here played Helen, Kaye Ballard’s role. From the very start of the show her scorching “Nothing Ever Happens in Angel’s Roost” proved we were in very good hands. Her sensual take on “Lazy Afternoon,” where she strips the shirt off Hayden Clifton’s Paris, was stunning. And the way he drags her across the stage apache-style was thrilling.

The score is so rich in its music and lyrics that the effect of hearing it live is dizzying.

The show is music theatre caviar for a select crowd, not for the masses. Staging (Stefan Novinski) and choreography (John de los Santos) are terrific, but the show played to a rather sleepy 2/3 house on opening night. Response was dull because (1) audiences don’t know the show, (2) the show is through-sung, leaving few obvious opportunities to applaud, and (3) there are so few traditional applause buttons.

But the 43-member cast and 38-piece orchestra dazzled me. With two weeks’ playing I think the actors and audience will find the humor of the piece which is there, but seemed oddly elusive last night. (Things hugely improved the second night I went to see the show again.)

The program makes some odd variations, with “A Waterfront Dive” listed instead of “Goona Goona”, and “The Hall of Silence” listed instead of “Doom Doom Doom.” The only significant musical change is the restoration of the authors’ original finale, a poignant musically gorgeous duet of reconciliation called “We’ve Just Begun.” I suppose the Broadway version substituted a reprise of “It’s the Going Home Together.”

Artistic director Stephen Jones said that four performances would be taped next week, and they hope to find the financing to mix and edit the recording for commercial issue. Hear! Hear!