Will Marion Cook was born in Washington, DC, on 27 January, 1869. The son of a well-off and well-educated family, Cook studied music at Oberlin College from the age of 13 and, later, in Europe, with the aim of a career as a concert violinist. When that career proved unattainable, he instead began composing black-accented songs – often, but not always, with lyrics littered with ‘dis’ and ‘dat’ and ‘dems’ – for the popular stage. 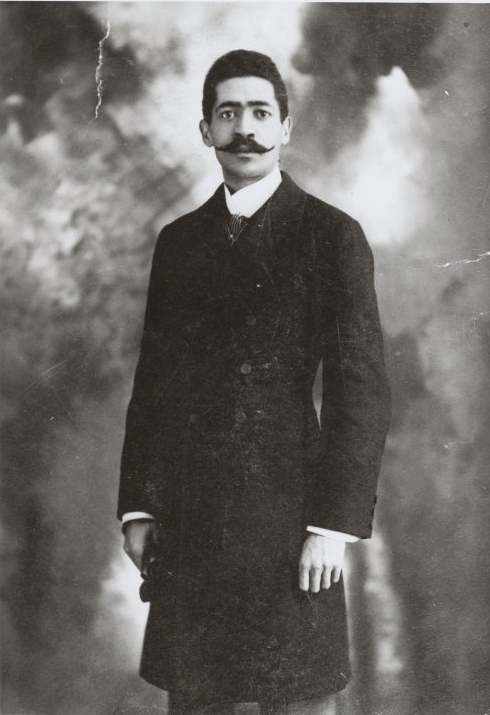 He had a small success with his first full stage piece, the 45-minute Clorindy, or the Origin of the Cakewalk (‘Who Dat Say Chicken in Dis Crowd?’,’Darktown is Out Tonight’, ‘Jump Back, Honey’), which had a good summer run when produced as a post-show entertainment on the stage of the Roof Garden of New York’s Casino Theater, but the piece failed when put on the road as a regulation-sized musical.

He thereafter placed songs in several Broadway shows (The Casino Girl, The Wild Rose) and provided the songs for a little ‘operetta’ about a social-climbing ‘negro’: Jes’ Lak White Fo’ks (1901) played for one week on the bill at the New York Theater’s roof-garden (‘the music is pleasing if reminiscent’), before writing and putting together the basic score – much interpolated into – for the full-length Williams and Walker musical comedy In Dahomey (‘Brown-Skin Baby Mine’, ‘Molly Green’, ‘Leader of the Colored Aristocracy’, ‘On Emancipation Day’). 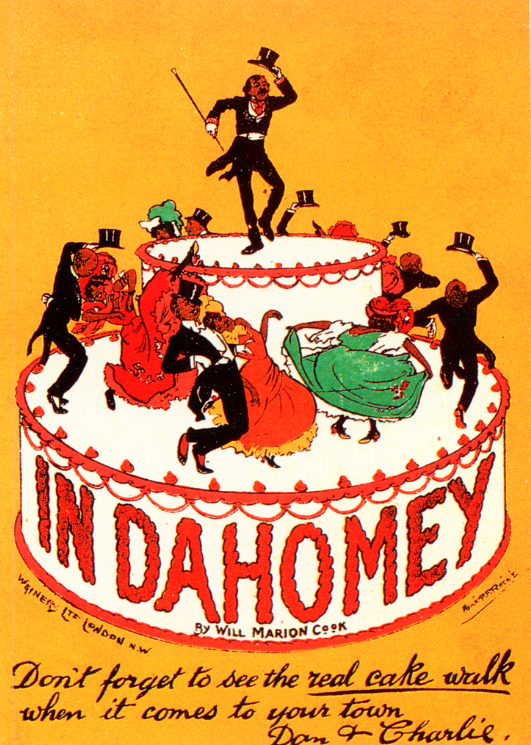 Advertisement for “In Dahomey” when it came to London in 1903. (Photo: Kurt Gänzl Archive)

After an indifferent New York run (53 performances), In Dahomey established itself as a favourite in London where its unfamiliar fun, its general novelty and its high spirits took it to a run of 251 performances. The songwriter was behind the baton when the piece went on tour with a replacement cast in 1904. (For more information in In Dahomey, click here.)

Broadway success, however, eluded Cook. His co-written and composed The Southerners, ‘a musical study in black and white’, which dreamed itself revusically from the old-time south to ‘the Island of Ballyhoo’ to the accompaniment of such ditties as ‘Mandy Lou’, ‘Mint Julep’, ‘Dandy Dan’ and ‘My Little Irish Canary’ won a little notoriety for mixing black and white performers (although this was, in fact, not novel), but George Lederer’s ‘summer show’ production proved a flop.

Two further Williams and Walker pieces, Abyssinia (31 performances) and Bandana Land (89 performances), all had rather longer lives out of town than in New York. 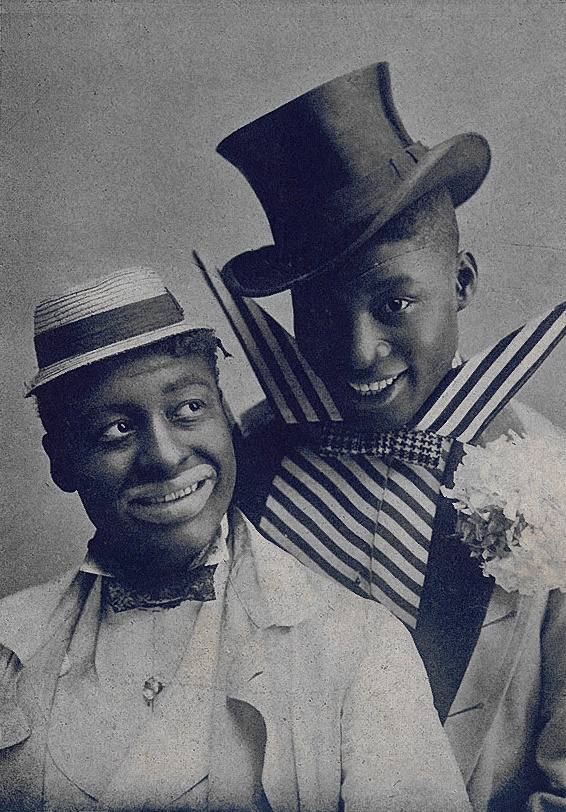 His Broadway career was largely limited to supplying the occasional interpolated number, as in earlier years, to such shows as The New Yorkers and The Boys and Betty (‘Whoop her up with a whoop-la-la!’).

He also got a brief showing on the Viennese stage when one of his songs, relyricked by Max Baer as ‘Liebesabenteuer’, was interpolated into the Theater an der Wien’s production of the Gaiety Theatre musical Der Toreador for Carlo Böhm (1903). 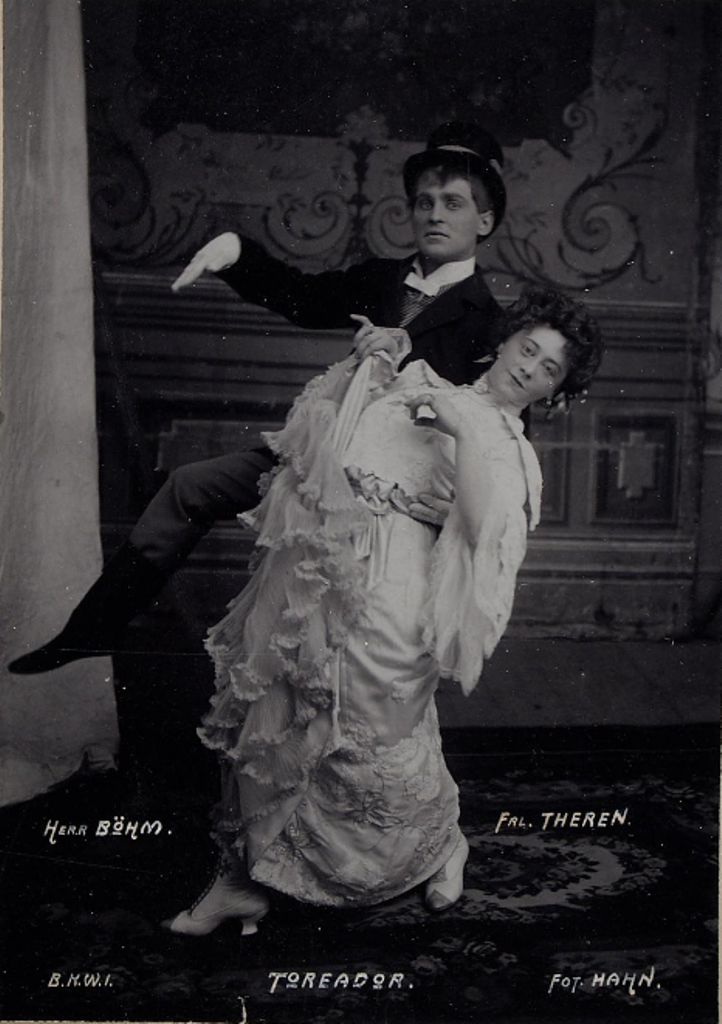 Cook was involved, in one capacity or another, with a number of specifically black musical plays in the 1910s, composing the basic scores for the Negro Players’ The Traitor, the Black Patti company’s Captain Jasper, and Miller and Lyles’s Darkydom, but his career was ever hampered by a bitterly unstable temperament and by an inability to accept the limitations of his life in music after the extravagant hopes and overdone publicity of his early years. 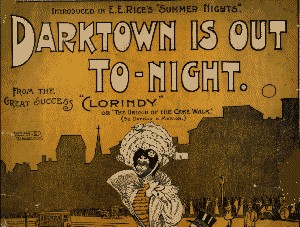 Playbill from 1898 showing Edward E. Rice’s production of “Clorindy,” featuring the song “Darktown is Out Tonight.”