If you live in Germany and are interested in classical music, you probably know the broschure concerti. They have a wonderful little section every month called “Blind gehört,” where they play a featured musician recordings by others, without saying what and who it is, and ask him/her to comment. In the April 2015 issue, German soprano Juliane Banse gets to discuss various famous sopranos past and present – and gives a striking evaluation of the czardas from Fledermaus. 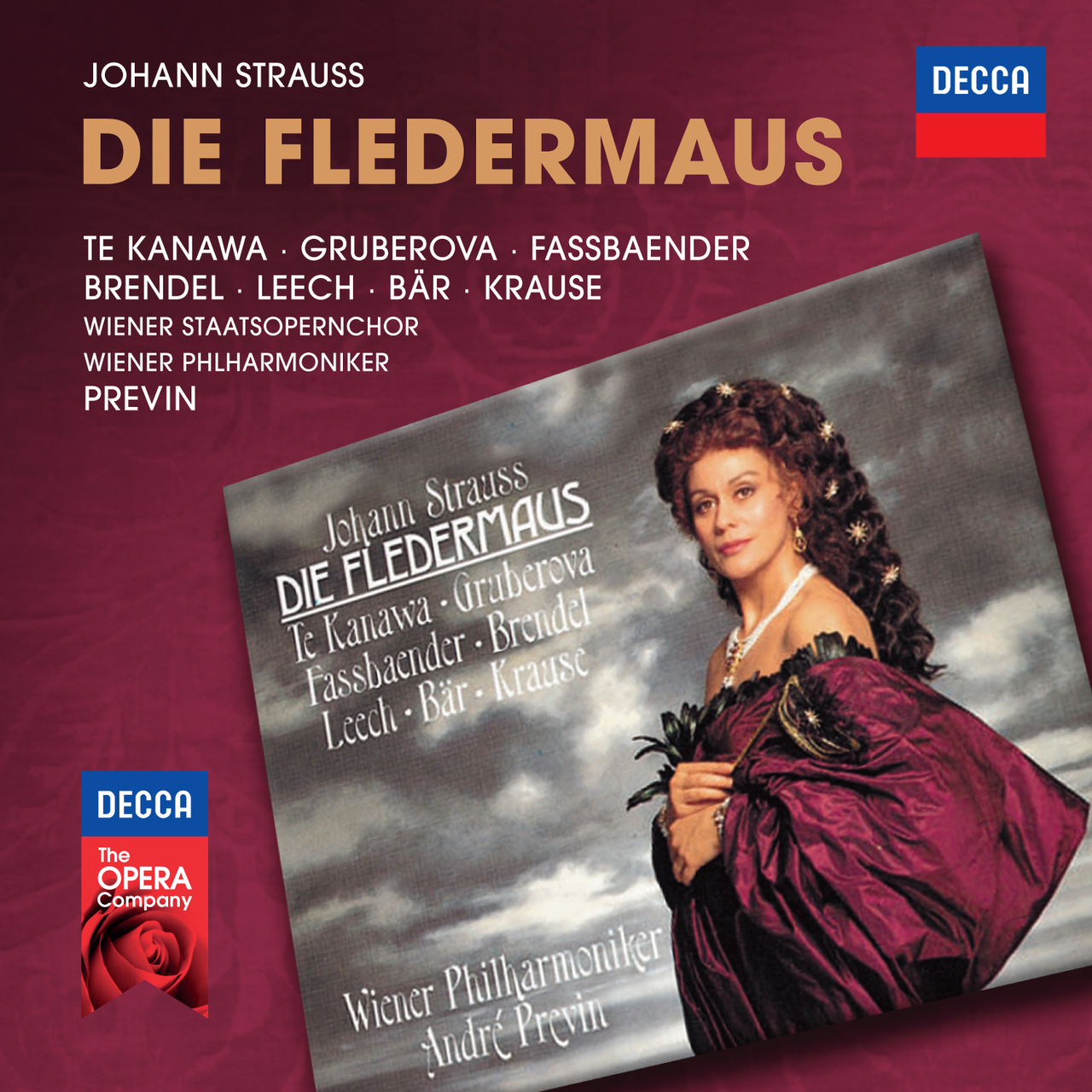 The recording in question is from the 1991 album conducted by André Previn with the Vienna Philharmonic Orchestra, and of course the Rosalinde in this case is Kiri te Kanawa. The New Zealand diva is known for many things, but few have called her singing “eccentric.” That’s the word Miss Banse uses, twice actually. She says: “Totally eccentric, highly interesting. Edda Moser? Julia Migenes?” Admittedly, that put a huge smile on my face, because it probably doesn’t happen very often that te Kanawa gets confused with Migenes or Moser.

If you listen to the recording, it’s hard to find anything truly eccentric about it, other than the fact that there is little to no playing with words in this interpretation; instead, an almost instrumental phrasing with some surprising “Hungarian” accentuations along the way. If you compare this kind of Strauss singing with Julia Migenes’s latest offerings – for example the DVD Diva on the Verge, filmed in 2000 at London’s Criterion Theatre – then you really have to redefine what “eccentric” is, in operetta terms.

Miss Migenes certainly is eccentric in her cabaret act on DVD, but she is also rather strikingly over-the-top in her famous operetta album from the late 70s. It was re-released by Acanta on CD and is one of those discs that have unjustly been forgotten. 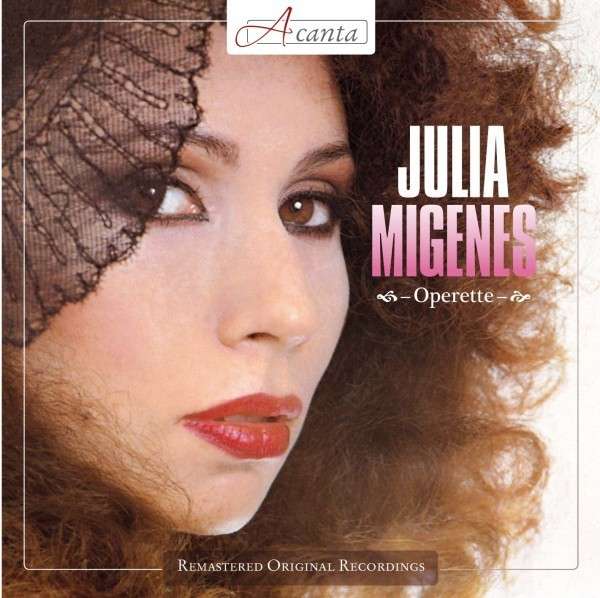 Because if you like your operetta sung by opera voices, but you want the sparkle and sexyness of a real Broadway Baby, too, then Miss M. is the perfect match. Her version of Guiditta’s “Meine Lippen, sie küssen so heiß” and “In einem Meer von Liebe” make me regret that there are no complete Lehár operettas available with her. She’s also a super trouper in the excerpts from Dollarprinzessin and Boccaccio, not to mention Die Rose von Stambul.

An opera critic friend of mine used to call that kind of singing ‘slutty,’ which he meant as a compliment. What he referred to was the explicit sexuality that is so audible and visible in Migenes’ performance (if you’ve seen her Carmen, you know what is meant). In the world of operetta, such a ‘sexualization’ of the music was once standard, but in the years that Julia Migenes sang operetta – mostly in the 1970s and 80s – it was almost unheard of to treat the ‘beautiful’ but ‘harmless’ music in such a way. My opera critic friend’s ‘slut’ verdict reminded me of a t-shirt designed by the Berlin based LGBTIQ company Schwarzrosagold who printed the line ‘Sluts are people too’ onto their product. They re-framed the word and turnd a negative description into a battle cry. Indicating that there is nothing wrong with being sexy and enjoying it; and that’s what Julia Migenes is doing, too, with her (operetta) singing. You could call that revolutionary, certainly for the time and the highly conservative opera houses she sang at. 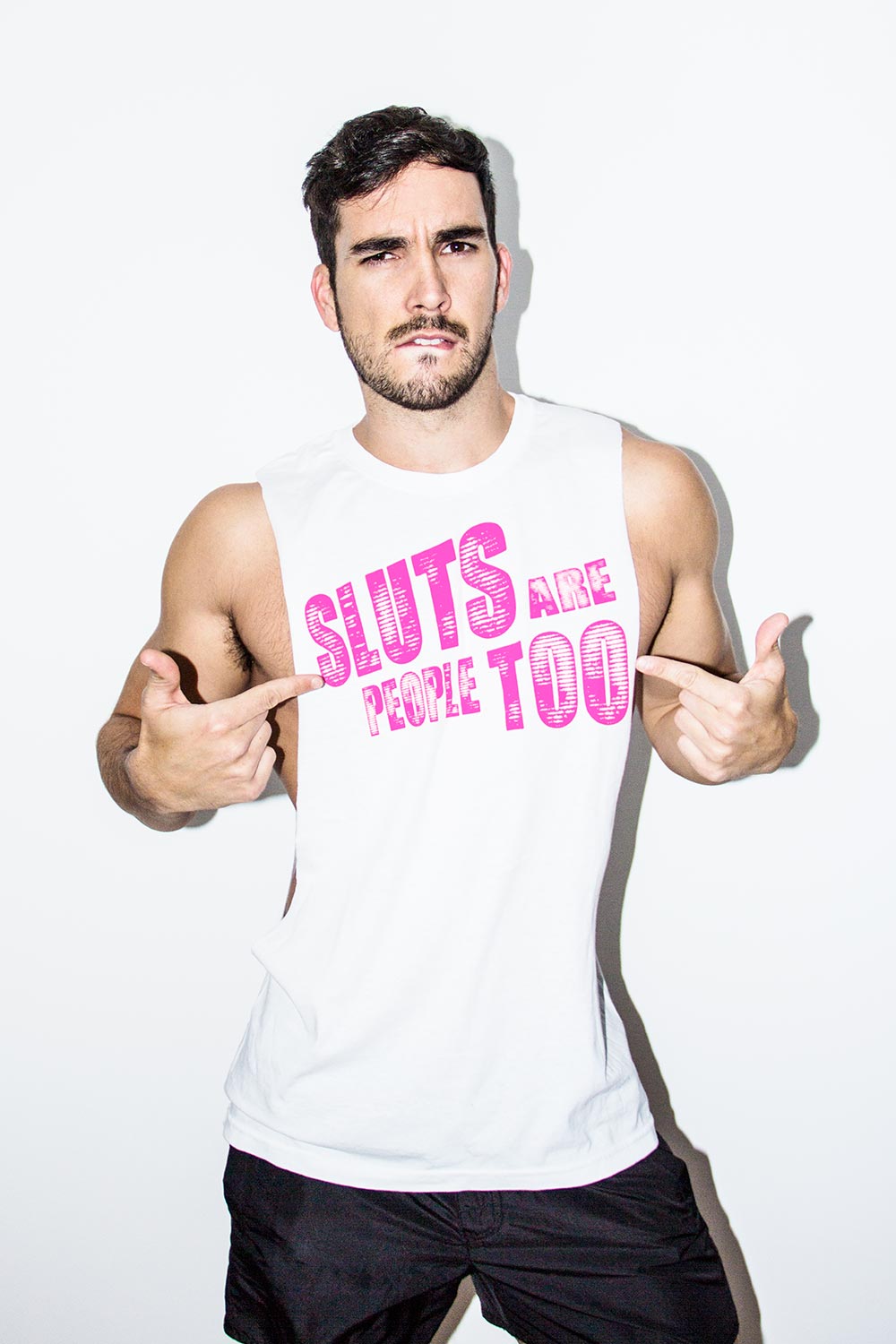 Migenes came to Vienna in the late 1960s and made a name for herself there when she was the first Maria in West Side Story, the production Marcel Prawy brought to the Volksoper. At the time, CBS issued a cast album in German that presents a radiant Migenes opposite a somewhat wooden Tony sung by Adolf Dallapozza (who later recorded many operettas for EMI). Strangely, this remarkable histrorical document – conducted by Lawrence Leonard – has disappeared from the catalogue. Compared to the highlights made available at roughly the same time with Ingeborg Hallstein singing Maria (still in circulation on CD) you really have to admit that this Volksoper album is in a different league to the horrors of Bernstein adaptation audible in that re-arranged Hallstein version. And let’s not even get started on the horrors of the East German highlight recording, also from the late 60s. (No wonder many people thought musicals were artistic nonsense after hearing this.)

Right now, she’s returning to the German opera stage with Francis Poulenc’s Die menschliche Stimme/La Voix humaine at the Staatstheater Wiesbaden. It might be a good idea to check if she could be persuaded to do some operetta again too…. Divas on the verge are always a good starting point for great operetta performances!

For more information on the Wiesbaden production, click here.