Okay, Munich has the Gärtnerplatztheater and thus a center of operetta “maintenance” in Germany which competes with Staatsoperette Dresden, Musikalische Komödie Leipzig and – most obviously – Komische Oper Berlin. But the bigger and more prestigious company in town, the Bavarian State Opera, is hardly renowned for any kind of “importance” in this field, unless you count the famous Carlos Kleiber Fledermaus, of which there are recordings and videos. So it might come as a bit of a surprise to hear that the Bavarian State Opera will put on Lehár’s Schön ist die Welt as part of their “Montagsstücke” on Staatsoper.tv – which means there will be a free live stream on Monday, 18 January, 2021, starting at 8.15 pm. 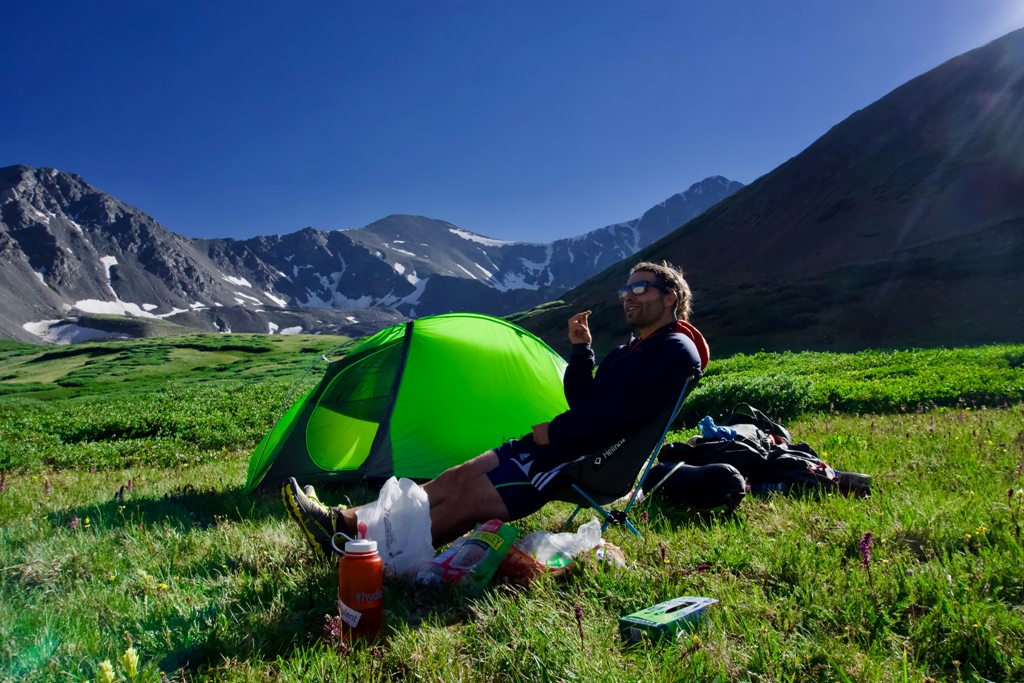 Lehár’s “Schön ist die Welt” is set on the top of a mountain in act two, where the tenor and soprano meet. (Photo: Matt Gross / Unsplash)

What prompted intendant Nikolaus Bachler to select this lesser known Lehár piece – which premiered in 1930 at Metropoltheater Berlin with Richard Tauber and Gitta Alpár as a glamorous double treat – will forever remain his secret. Perhaps it’s because the Munich Radio Symphony Orchestra recently released this title on CD? Or because the Alps are just around the corner and can be seen from the roof of the opera house? Or Mr. Bachler thought that in times such as these a show with the title song “Schön ist die Welt, wenn ein Schimmer von Glück sie erhellt” would be more than fitting, i.e. a song saying “The world is beautiful if a shimmer of happiness lights it up.”

You can’t argue with that!

Back in 1930 Lehár adapted his earlier Endlich allein! for the Rotter brothers. Endlich allein was somewhat experimental because it had a through-composed 2nd act set on top of a mountain where tenor and soprano meet and sing – forever.

For the Berlin version, Lehár kept the 2nd act as it was, more or less, and re-wrote acts 1 and 3 to compete with the latest revue offerings elsewhere. This meant that Lehár composed – for the first time since Cloclo – modern dances with syncopated rhythms. There’s the tango “Rio de Janeiro” and the slowfox “In der kleinen Bar.” For the later Viennese premiere of Schön ist die Welt he added the rumba “Schön sind lachende Frau’n” in 1931. All of this way before Fred Astaire and Ginger Rogers started Flying Down to Rio!

Tauber got to sing the title tune, as well as “Liebste, glaub’ an mich” as his signature Tauberlied, though it never became as popular as other Tauberlieder such as “Dein ist mein ganzes Herz” or “Gern hab’ ich die Frau’n geküsst,” not to mention “Freunde, das Leben ist lebenswert” from the 1934 Giuditta.

In Munich, the operetta will be presented in a semi-staged version by Tobias Ribitzki. And – surprise, surprise – Max Hopp will guide through the action as conférencier. You could ask: if Munich needs to copy Barrie Kosky’s often used idea of a Master of Ceremonies (last seen and heard in the DVD version of his Salzburg Orphée aux enfers with Hopp), why not do it with someone else, to give the whole production a touch of originality? We’ll leave that to Mr. Bachler to answer.

Obviously, Mr. Hopp is a great MC, and an outstanding operetta actor. So he’s definitely someone to look forward to, especially since he hasn’t appeared in a Lehár production yet, as far as we are aware.

Julia Kleiter (from the Jonas Kaufmann operetta album) slips into the role of Princess Elisabeth, following into Alpar’s footsteps and getting to sing a “Waltz with coloratura ornamentation” (“Ich bin verliebt”), while the young ginger-headed daredevil Sebastian Kohlhepp sings Prince Georg. He’s done a lot of oratorios, but also Albert Herring in the Britten opera. He even upgraded from Jacquino to Florestan in Beethoven’s Fidelio. This seems to be his first big outing into the world of operetta – with a Tauber role, no less! (Good luck with that.)

Additionally, there are Eliza Boom as Duchess Maria Branckenhorst, Manuel Günther as Count Sascha Kalowitsch, and Juliana Zara as Mercedes del Rossa. (We warned you about the South American angle to the story.)

Why, of all possible people, Friedrich Haider should conduct this Lehár experiment remains another mystery. Maybe because he has ample experience accompanying prima donnas, after the many Edita Gruberova performances he oversaw and recorded? (For example the superb Anna Bolena.) He has certainly never demonstrated a particular talent for conducting Latin flavored music, be it rumba or tango. But maybe he’ll surprise everyone with a hot blooded approach to the jazzier aspects of operetta!

The live stream on Monday is free. From Wednesday, 20 January, onwards the stream is available on demand for 30 days; a 24h ticket costs 9,90 Euro. More information can be found here. 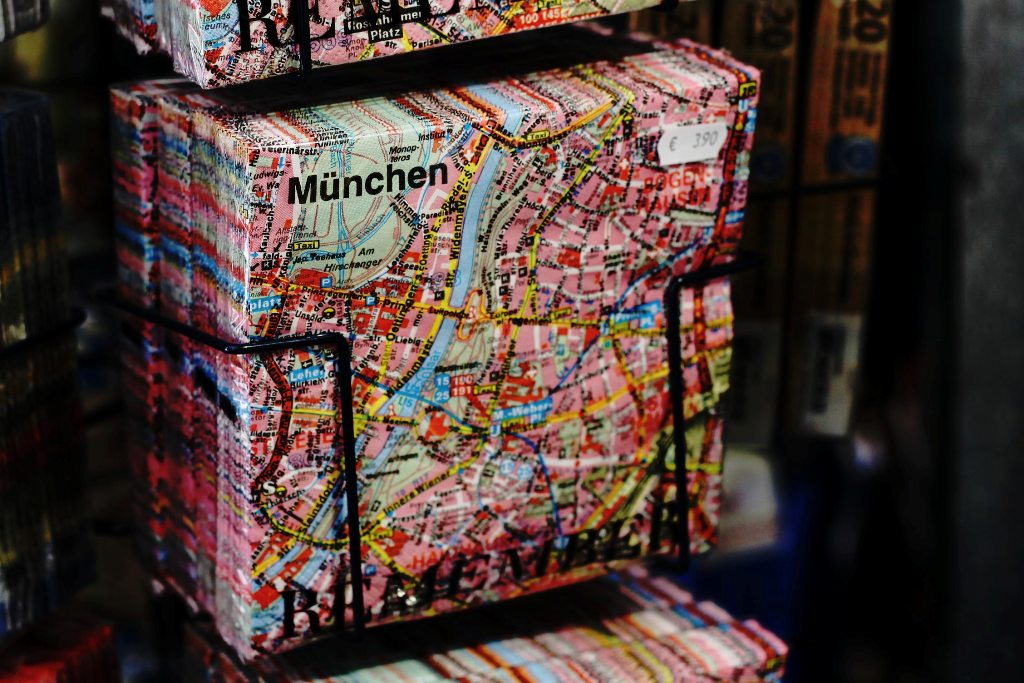 And since we’re discussion Munich and operetta streams: on 23 January Gärtnerplatztheater will stream a live performance of Paul Ábrahám’s Viktoria und ihr Husar, another show from 1930 that also played at Metropoltheater in Berlin and redefined the sound of the genre so drastically that it made Lehár’s Schön ist die Welt seem somewhat tame by comparison; which might explain why it didn’t turn into the hit the producers hoped it would be.

The Munich version is the well-known staging by Gärtnerplatztheater intendant Josef E. Köpplinger, and it will offer Daniel Prohaska as Stefan Koltay and Alexandra Reinprecht as Viktoria, i.e. the familiar old cast instead of a new vocal approach to the piece. You might consider that a little sad, since Mr. Prohaska already had problems with this role when he sang it in a concert version at Komische Oper Berlin for their Christmas special two years ago. The more suitable role of John Cunlight is taken by Erwin Windegger. 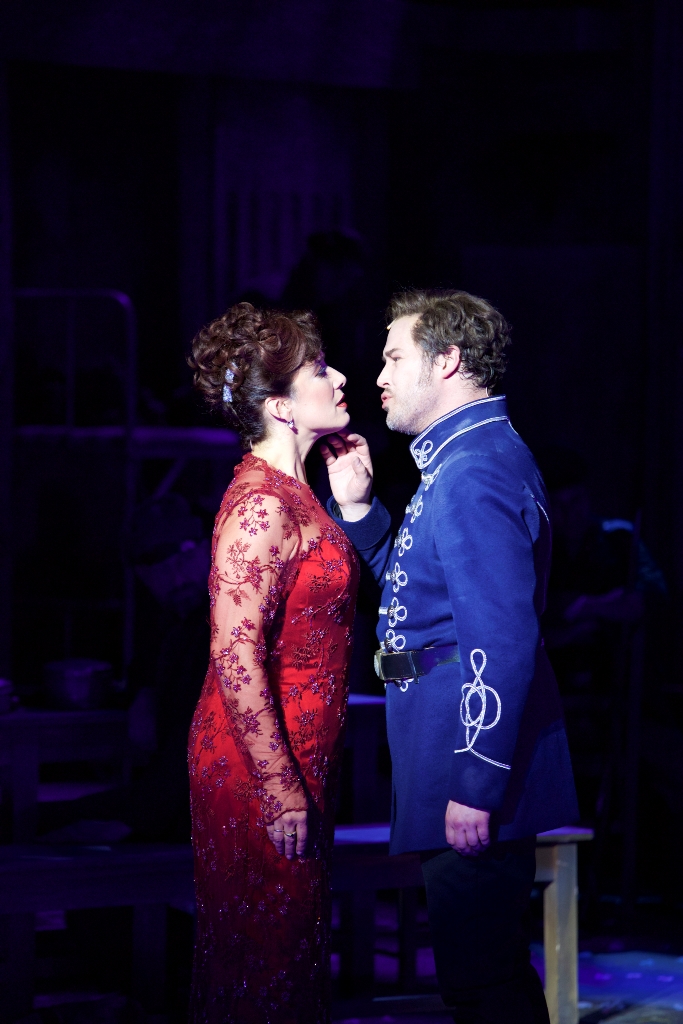 Daniel Gutmann and Maximilian Mayer, the new “woke” operetta heroes of the company, recently seen in the Vetter aus Dingsda stream, are not involved. Possible because everyone in the ensemble needs to get a chance to go online during this lockdown period which is rumored to last till Easter in Germany. Tobias Engeli conducts Ábrahám’s jazz score.