When I visited Tallinn in 2016 and saw that they were playing Ball im Savoy at the Estonian National Opera, I thought the fame of the Komische Oper Berlin production had truly reached far, very far. I knew the Berlin production via a TV broadcast, and as it turned out the approach to Abraham in Tallinn was obviously inspired by Barrie Kosky. 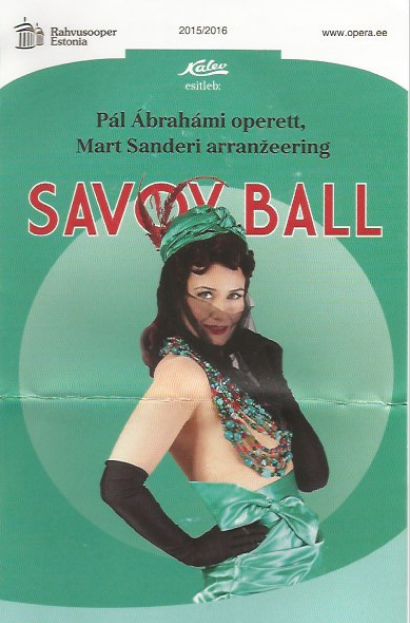 Flyer for the “Ball im Savoy” at the Estonian National Opera.

Everything even remotely “operatic” was avoided, the jazz character of the music markedly emphasized, no one cultivated a “classic” singing style; the story was set in a stylish art deco world. The libretto by Grünwald and Löhner-Beda had been translated into Estonian, with English supertitles. It was quite an experience to watch and hear!

In Tallinn they did not perform the Grimminger & Hagedorn reconstruction of the score, as in Berlin. Instead a new arrangement by someone called Mart Sander was used. To me his adaptation seemed perfectly fitting for the work, it breathed the spirit of the early 1930s. And it was fun. 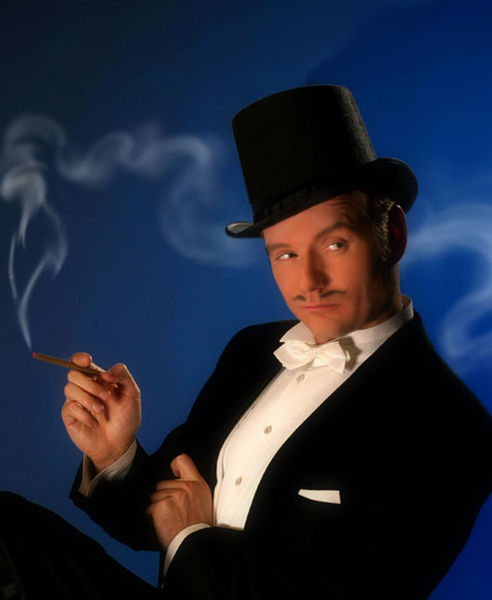 I was especially happy that I could buy a CD with the songs from Ball im Savoy at the National Opera house. On the CD, Mart Sander isn’t just the arranger and conductor, but also a singer. However, you don’t get a large size symphony orchestra, as in the theater, instead the „Bel-Etage Swingorkester” plays dance band arrangements similar to those we know from Abraham’s time. The other singers on the CD were also not those I heard live at the theater. 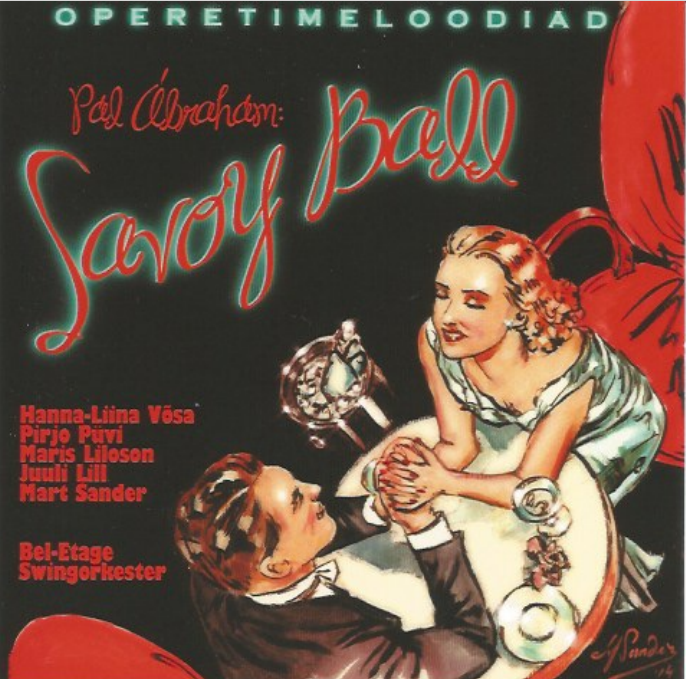 After listening to the recent radio program Interpretationen on Deutschlandfunk Kultur („Was hat eine Frau von der Treue?“), in which Uwe Friedrich and Kevin Clarke discussed various historic Ball im Savoy recordings, I suddenly remembered my CD from Tallinn and thought I should really do a little research on this Mart Sander.

First off, I discovered via Wikipedia that he is an Estonia musician, actor, singer, TV host, artist and author. You might say he’s an all round talent.

As far back as the mid-80s he was hired by the Tallinn opera when they put on Ball im Savoy. But apparently Sander was unhappy with the production and its musical shape. Being familiar with the music of the Thirties and the original recordings from back then he made the plan to create a new version.

In 2010 he staged Kalman’s Csardasfürstin, followed in 2014 by Ball im Savoy. For that latter production he did not only adapt the score, but also the Estonian text. He was also in charge of the staging, as well as costume and set design. On stage, you could see him as Mustafa Bey, at least originally. When I went to see the show two years later he wasn’t part of the cast anymore.

The CD wasn’t produced by the opera company, but by the Bel-Etage Swingorkester. And sadly it is not available via Amazon or jpc, it’s not on Spotify either.

It seems that this Ball im Savoy version played in Tallinn until 2020, i.e. for six full years.

Currently, Mart Sander has put jazz operetta aside and is busy appearing in the Estonian edition of The Masked Singer, which he hosts. You can hear him talk about Ball im Savoy here:

What might come as a bit of a surprise is that he’s also part of The Monckton Album, with excerpts from The Cingalee (1904), The Arcadians (1909), and The Quaker Girls (1910). Monckton and Edwardian operetta is, of course, something Komische Oper Berlin has yet to discover. A Barrie Kosky hasn’t made it to The Masked Singer yet either. But who knows…