The operetta festival of Mörbisch, in Austria, had already announced its title for 2016: Paul Abraham’s Viktoria und ihr Husar, a dazzling jazz- and revue operetta from 1930. Now, the festival has presented the poster for this new staging which oozes a certain classic retro charm that is unusual for Mörbisch productions, but irresistible.

The festival on the lake has already staged Viktoria in 1960 and in 1973, in both cases the inevitable Johannes Heesters participated. So far, it wasn’t revealed who will be part of the 2016 cast. But Mörbisch’s artistic director Dagmar Schellenberher posted a snapshot of herself with three singers recently who visited a performance of this year’s successful Nacht in Venedig, saying they were a part of “next year’s Viktoria family”: Verena Barth-Jurca, Peter Lesiak and Jeffrey Treganza (left to right). 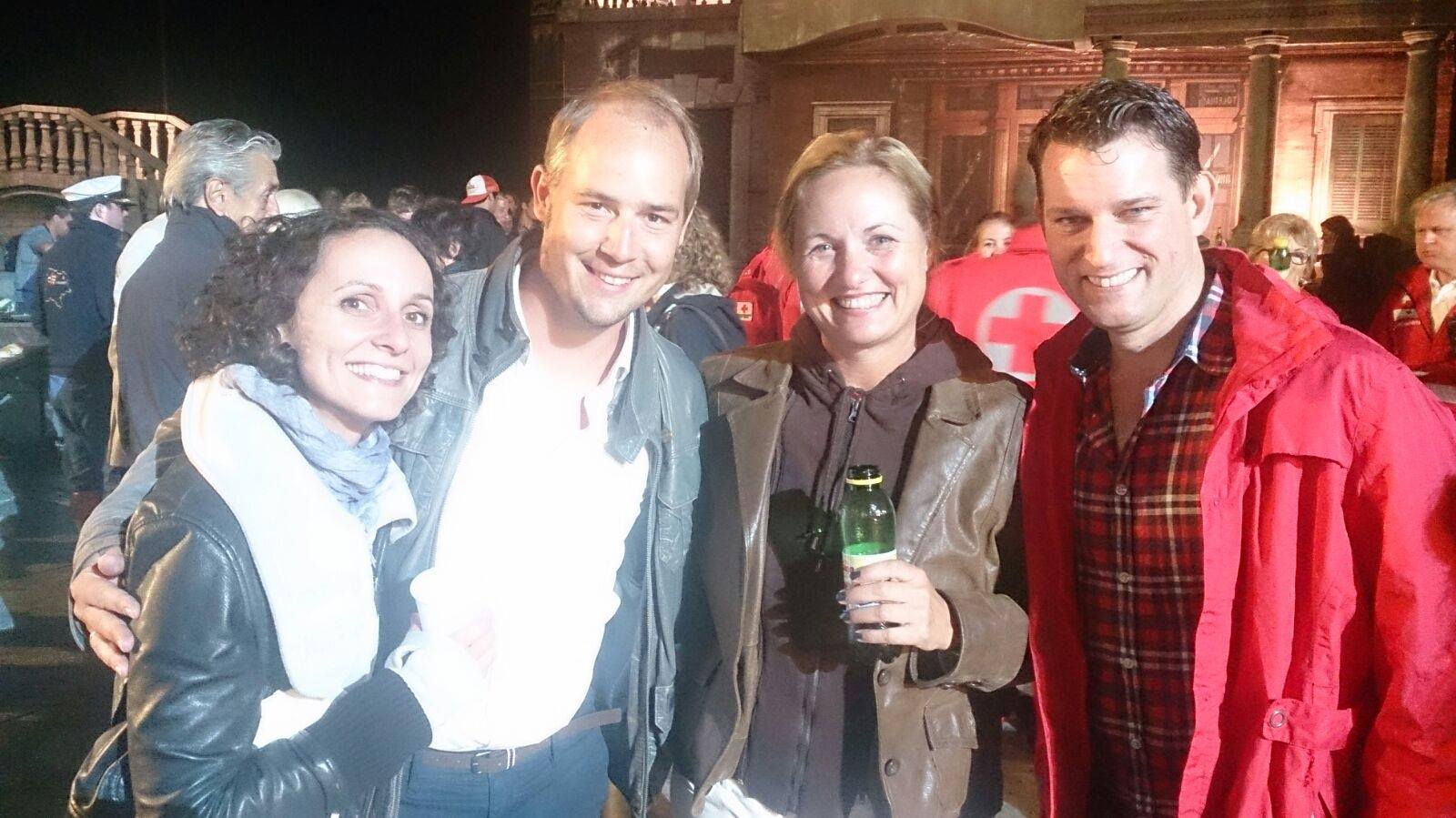 We can certainly – and easily – imagine Mr. Treganza as a very hunky Stefan Koltay. He sings Tony in West Side Story, Captain Warrington in Herbert’s Naughty Marietta, roles such as Boni in Csardasfürstin and Jan in Bettelstudent. But also David in Meistersinger von Nürnberg and Harry Frommermann in the stage version of Die Comedian Harmonists. That certainly sounds like a very versatile background, fitting for the eclectic style of Abraham.

All going well, there will be a new recording of “Viktoria” too in 2016, which is something seriously overdue.

We’ll have to wait and see whether Miss Schellenberger will opt for the recently reconstructed “original” orchestral version that was edited by the team of Grimminger & Hagedorn, played by the WDR in Cologne in a broadcasted concert and by Florian Ziemen in a staging in Gießen. Or whether Miss Schellenberger will use later orchestrations, or make her own new version. As she did with Nacht in Venedig. 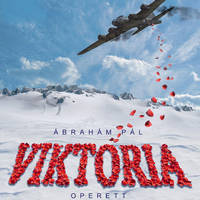 Together with Barrie Kosky’s Ball im Savoy triumph in Berlin, this German language Viktoria could be an important impulse to rekindle interest in Abraham. (There is a very attractive Viktoria in the repertoire of the Budapest Operetta Theater, but that’s not well-known outside of Hungary: also, there’s no CD or DVD of it, just an attractive poster.) Together with other Abraham titles on the horizon – most notably Roxy und ihr Wunderteam – and with the prospect of Karin Meesmann’s ground breaking new Abraham biography published next year, the current wave of Abraham rediscoveries could take on momentum. So, stay tuned.

By the way: if you book your tickets before the end of September 2015, you’ll get a 15% discount!