It’s a pretty grand claim to make: “With their multi-media stage show Operetta Made in Austria stage stars Ildiko Raimondi and Herbert Lippert will define the genre anew.” Well, if that isn’t something to catch our attention here at the Operetta Research Center. But the question is, what exactly is the new operetta definition Raimondi/Lippert are proposing? 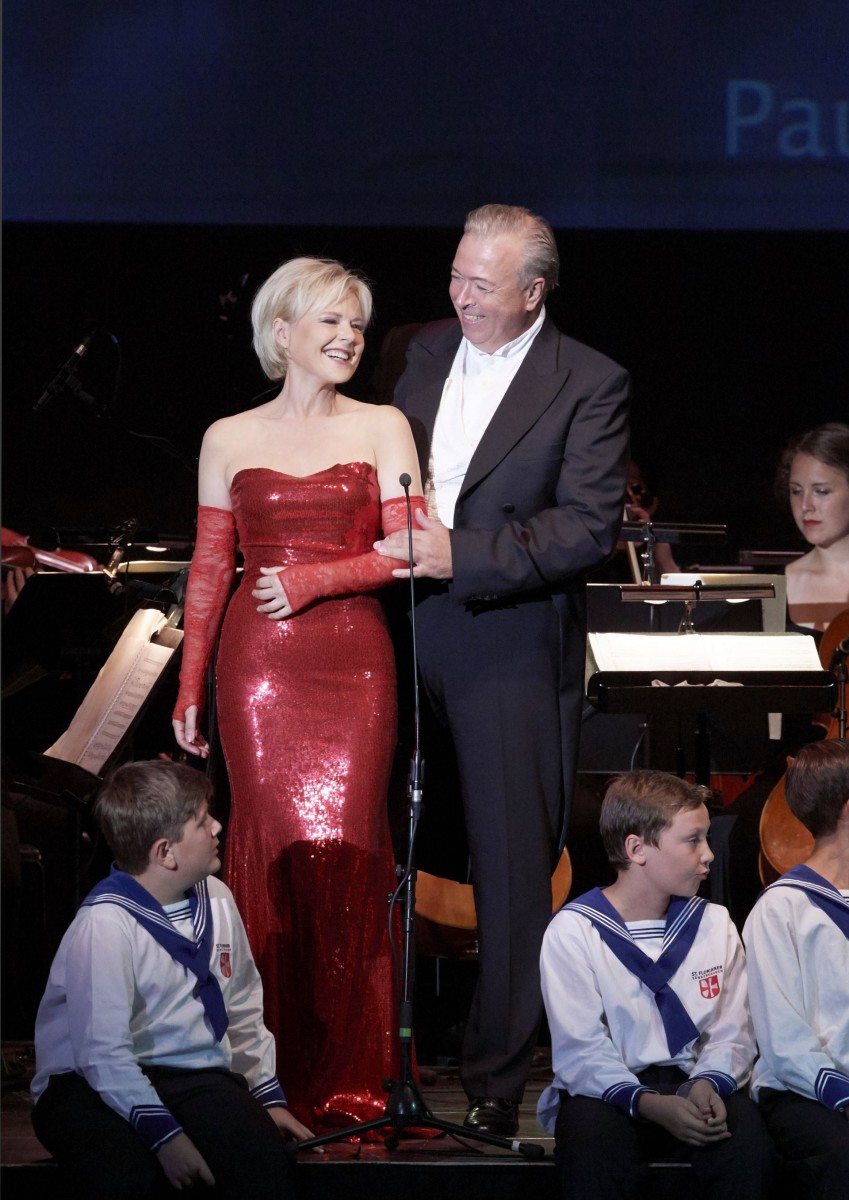 The official press release says: “Together with soloists from the Vienna State Opera and in cooperation with the Vienna Philharmonic Orchestra and the newly founded O-MIA Youth Orchestra, the two singers invite you to join them on a journey through famous titles from different eras that were once world-famous hits and that still count as well-known export products of Austrian music culture today. In a lavish multi-media staging the singers will contextualize the historic importance of composers such as Johann Strauss (son), Carl Michael Ziehrer, Franz Lehár, or Robert Stolz. They will demonstrate the position of Vienna Operetta in politically and economically tumultuous times.”

If the official PR photos and video are any indication, it’s hard to imagine that this multi-media show – featuring a children’s chorus in sailor outfits – will really offer a serious historic background on the commercial operetta industry 1860 to 1940. Rather, Raimondi/Lippert look like most opera-singers-in-operetta-wonderland have presented themselves after 1950: with dirndls and tuxedoes, nostalgia and unlimited sentimentality. (Untouched by irony and wit.)

To quote, once more, from the official press release: “Musically, operetta has its origins in popular culture and was part of popular culture for more than 100 years. Instead of kitschy nonsense, we highlight the sociocritical aspects that make it clear why people were once so attracted to operetta. There are many parallels between then and now.”

That, of course, is very true, as recent revivals of Spoliansky’s cheeky ‘dating’ operetta Alles Schwindel (at Berlin’s Gorki Theater) and similar shows have demonstrated. However, it’s more than doubtful that Spoliansky & Co. will pop up in the program presented Ildiko Raimondi and Herbert Lippert. Not just because Spoliansky worked in Berlin instead of Vienna, but because this type of ‘contemporary’ operetta from the 1920s and 30s was never intended for opera singers such as Raimondi/Lippert; and by the way, that’s true for Strauss and Ziehrer operettas too, none of which were written and originally performed by opera artists. So you need to stretch your imagination quite a bit to find Raimondi/Lippert suitable artists for this endeavor. Even Franz Lehár did not start writing shows for ‘real’ opera singers until the mid-1920s when Richard Tauber became his #1 star; the famous Merry Widow was not – ever! – intended for opera houses or opera people. No matter how creamy and lovely “Vilja, o Vilja” can sound when sung by someone like Ildiko Raimondi. (Admittedly, Händel’s “Lascia ch’io pianga” from Rinaldo also has its charme when sung by Barbra Streisand, but it’s far off the composer’s original intentions.)

Ildiko Raimondi does venture to sing Paul Abraham’s “Johnny, brauchst du Money“ from Märchen im Grand Hotel, the first operetta Abraham wrote in exile, it premiered at the Theater an der Wien in 1934. Having recently heard this with Sarah Bowden as a song-and-dance spectacle, at Berlin’s Komische Oper under the direction of Adam Benzwi, it’s hard to readjust to this stilted (or stiff) approach to jazz operetta that was, once, one of the pillars of “Operetta Made in Vienna.” But with a very different type of artist. The original Vienna performer for this number was Rosy Barsony, not a modern-day Esther Réthy or Maria Reining. 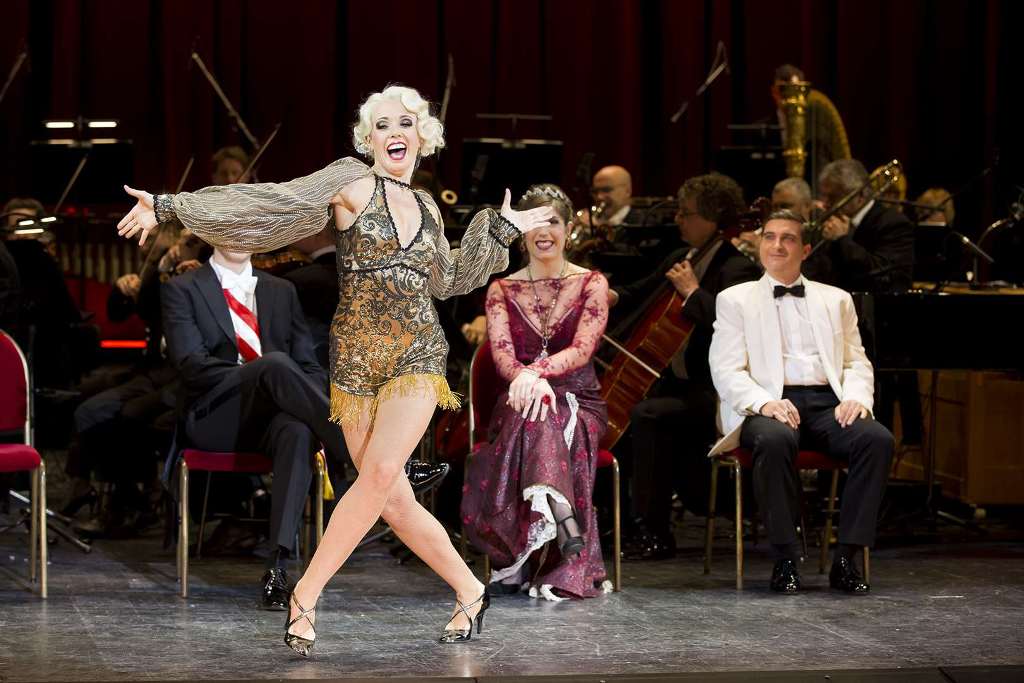 And how you can present such a quintessential Pop Art genre with all of its glorious kitsch elements without “the well-known kitschy clichés” (as the organizers claim) is also open for debate.

Anyway, this touring production will be presented in Gmunden and Vienna. You can decide for yourself whether you think it’s worth 49+ Euros and whether it really is a brand new way of looking at operetta. If you already have your Margit Schramm/Rudolf Schock discs at home, you might stick with them – as a serious representation of an era that is long gone, even if it’s still beloved by many. What Raimondi/Lippert are offering looks more like The Walking Dead (metaphorically speaking), without quite capturing the coolness of the apocalyptical zombies from Atlanta.

UPDATE: Here is the new trailer for the 2019 concerts: