The staging of musical-dramatic works in the late nineteenth century was dominated by operetta, which effectively dictated the programmes of provincial theatres while at the same time conditioning their numerical strength (in terms of company size and composition) and financial success. Up-to-date in terms of subject matter, visually effective and musically attractive, operetta was not merely in tune with spirit of its time, it embodied that spirit, becoming a phenomenon that conquered theatre stages throughout Europe. In this way, it was an ideal counterweight to opera, the production and performance of which was significantly more demanding and costly.

Panorama view of Ljubljana with the Alps in the background. (Photo: Miran Rebrec and Modri Dirkac /Wikipedia)

The First World War and the bloody revolutions that followed it thoroughly altered the geographical and political map of Europe while at the same time bringing about a profound cultural change. Despite the crisis that affected the staging of operettas after the end of the war, this was also a period in which numerous composers made their names with prominent works in the operetta genre. New librettists came to the fore and aspired to modernise operetta; younger practitioners began to forge a reputation, despite frequently lacking the characteristics of their celebrated older colleagues.

After the end of the First World War, the opportunity arose to establish a second Slovene professional theatre, in Maribor. The Slovene National Theatre was founded in 1919 at the initiative of the city’s Dramatic Society. The following year, on 1 May 1920, the Opera of the Slovene National Theatre made its debut with a performance of Hervé’s popular operetta Mam’zelle Nitouche. This was followed in subsequent seasons by numerous operettas by Franz von Suppé, Jacques Offenbach, Johann Strauss II, Oscar Straus, Franz Lehár, Leo Fall, Robert Stolz, Emmerich Kálmán and Ralph Benatzky, among others. Operetta predominated in Maribor right up until the start of the Second World War, when the theatre was forced to close its doors. A review of the activity of the Maribor Opera between the wars shows that of the 146 productions on the programme, 94 were operettas, in other words almost two thirds of the entire repertoire. 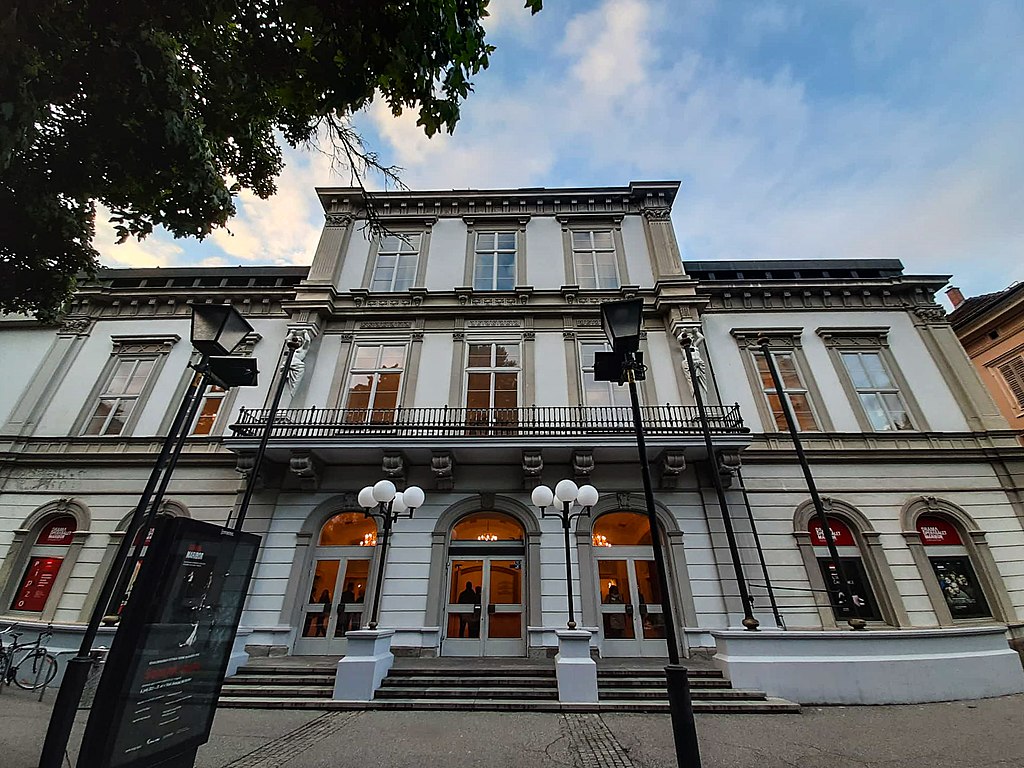 The mark left by operetta on the wider social and cultural life of the capitals of both Lower Styria and Carniola was so significant that the genre deserves to occupy a more important place in contemporary Slovene musicological research. Without operetta, it is impossible to imagine a comprehensive view of the Slovene music theatre of the past, let alone understand its position in the broader historical context. Of particular note is the story of the “expulsion” of operetta from Slovenia after the Second World War, which says much about the cultural-political and intellectual atmosphere in Slovenia at that time.

With the help of papers from leading Slovene and foreign researchers, the symposium aims to shed light on the broader social role of operetta as an artistic genre in the past and present. It will therefore consider the policies of various opera houses regarding repertoire, company size and other questions related to operetta in the period between the two World Wars, while at the same time it aims to make a comparative study of the position of operetta before and after the period in question. It will also devote attention to a structural analysis of some of the central works in the operetta genre and touch indirectly on some interdisciplinary studies of musical-dramatic culture. In this connection it is worth mentioning the review of libretti and various staging practices and directorial approaches.

Registration for the symposium
The international musicological symposium Operetta between the two World Wars: on the 100th anniversary of the opening of the Opera of the Slovene National Theatre in Maribor will take place from 16 to 18 April 2020 in Ljubljana (Knights’ Hall, Križanke, Trg francoske revolucije 1).

The official languages of the symposium will be Slovene, English and German.

In addition to the symposium, in the context of the 35th Slovenian Music Days, a varied programme of concerts and accompanying events will take place at various venues in Ljubljana and Maribor from 15 to 23 April 2020.

An excursion is planned for Saturday, 18 April 2020, during which symposium participants will visit iconic Bled, one of Slovenia’s most popular destinations, famous for its emerald lake and fairy-tale island.

You are invited to submit abstracts (250–300 words) of proposed papers (and a short CV) by email to ziva.steiner@ljubljanafestival.si by no later than 15 October 2019. You are also requested to submit a final version of your abstract, since these will be published in an accompanying booklet.

The number of speakers is limited to max. 10 foreign musicologist.

The symposium is organised by an organising committee consisting of: Jernej Weiss (Chair), Živa Steiner, and Ana Vončina.