Munich is getting a new Zirkusprinzessin, directed by Josef E. Köpplinger. That is, in itself and without doubt, a reason to rejoice, since it’s always great to see the grander, more jazzy and revue orientated titles of the 1920s find their way back into the current repertoire. The production will play in a real life circus, Cirkus Krone. And the cast includes some surprising visitors from Vienna: Robert Meyer as the mad waiter Pelikan and Sigrid Hauser as his equally deranged boss, Carla Schlumberger. 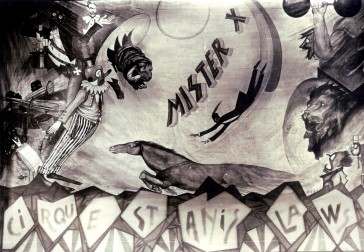 The curtain from the originale 1926 production at the Theater an der Wien.

Emmerich Kalman’s show from 1926 was one of his greatest international hits. It was a sensation in Vienna, where Hubert Marischka staged it at the Theater an der Wien with an all-star cast, which included himself as a mysterious Mr. X playing the violin high up on a trapeze. Then there was diva Betty Fischer as the proud Russian princess Fedora Palinska, sexy Elsie Altmann played the circus artist Mabel who pretends to be British but turns out thoroughly Viennese. At her side, in 1926, dancing comedian Fritz Steiner as the infatuated son of a Viennese Hotel owner. That hotel, called “Erzherzog Karl”, causes a lot of identity confusion with the Russians. And that confusion culminates in the appearance of hotel waiter Pelikan and his proprietress, originally played by Hans Moser and Mizzi Zwerenz. (Remember her? She was the original Franzi in Ein Walzertraum, 20 years earlier!) 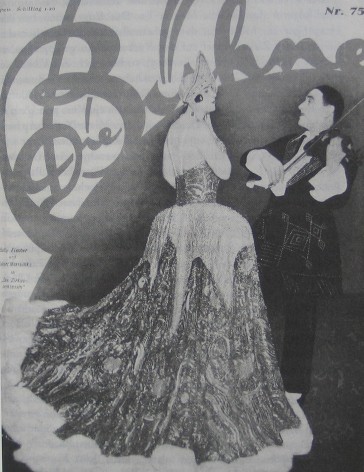 Hubert Marischka and Betty Fischer, the two stars of the 1926 world premiere.

The show about revenge, pride, circus acts and big stars made a massive splash in Vienna. It was played by practically everyone all over the world, including on Broadway where Oscar Hammerstein II’s translation was used. (His father, theater agent Arthur Hammerstein, had seen the premiere in Vienna.) The music was praised as ideally balancing the more opulent sentimental numbers with bouncy “American” style songs. One of the more famous of these songs was “Die kleinen Mädels im Trikot” – a close relative to Kalman’s “Die Mädis vom Chantant.”

The Theater am Gärtnerplatz is under construction, as you might remember, so intendant Köpplinger has been forced to seek new venues for his productions. 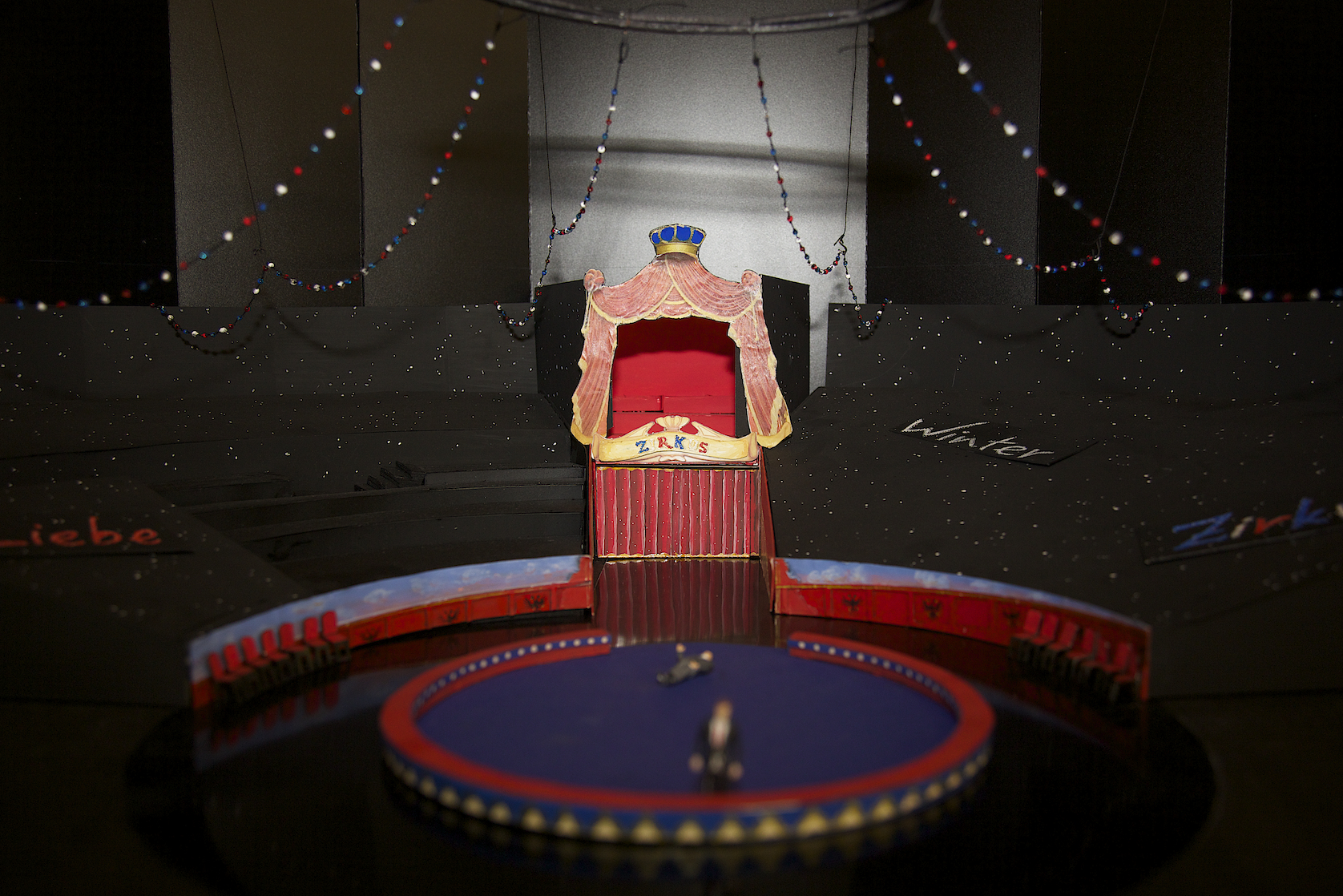 Some time back, he presented Munich with a White Horse Inn staging in a tent, near the Allianz Arena. It was labeled “The Original 1930s Version” of the Benatzky/Charell classic, but in truth, it was a rather cut-down affair that demonstrated little Roaring Twenties flair, especially not in the moderately inspired dance sequences. It makes you worry how much of Kalman’s score for Zirkusprinzessin will have been cut, and whether the essential dance evolutions will be better staged. We certainly hope so! 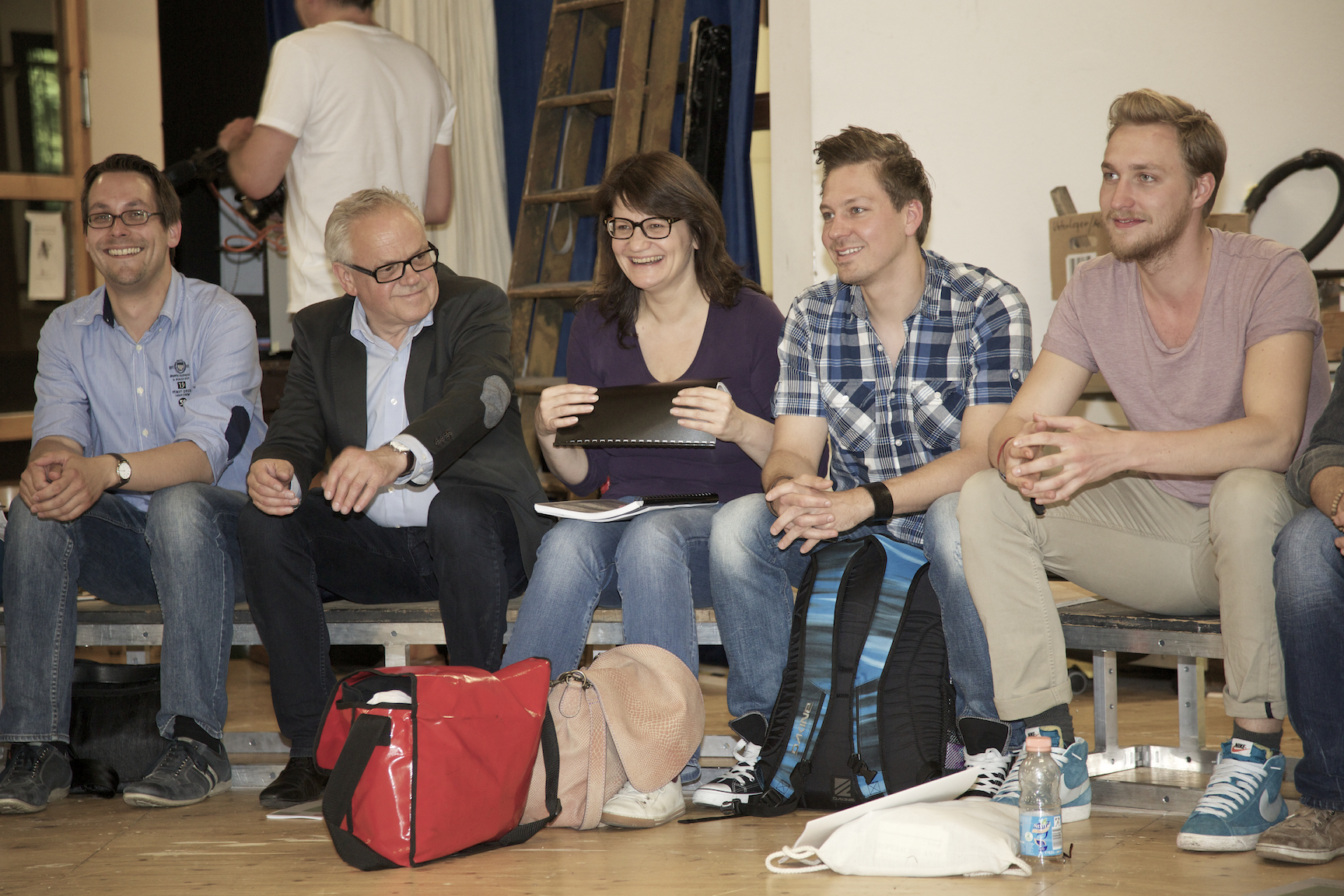 In the lead role of Mr. X, there’s the affable Daniel Prohaska. He has an easy charm on stage and a sort of “Naturburschen” aura which is great for many operetta roles. Whether it’s suited for the magnetic Mr. X – written as a superstar turn for Marischka – remains to be seen. For such a physically demanding and agile part, it might have been better to hire someone from the musical comedy world where it’s more natural to sing while swinging on a trapeze. And look dashing while doing so. Nicky Wuchinger might be someone to tackle such tasks. 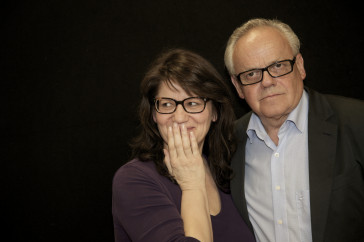 That Köpplinger hired some prominent Viennese stars for the roles of Pelikan and Mother Schlumberger, fits the story – since both characters are supposed to be “Wiener Urgesteine.” And you can certainly call Mr. Meyer and Miss Hauser that. Considering that he is also the director of the Volksoper Wien, hiring him might be a clever way of getting the show transferred to Vienna – and opening up a more permanent collaboration with Vienna for Mr. Köpplinger. The official partner for this production, however, is the Deutsche Oper am Rhein Düsseldorf/Duisburg.

If you want to listen to Kalman’s Zirkusprinzessin, there is a highlight version available on disc with Rudolf Schock as Mr. X. It’s part of the Robert Stolz series where Schock is partnered with Margit Schramm.

The two are very effective as the Russian aristocrats. Should you want a ‘classic’ post-war recording, then that’s the one to get. There’s also a two disc version available, a radio production from Cologne 1955. It stars Sari Barabas as Fedora and Franz Fehringer as Mister X. In both cases, the stage music – i.e. the circus extras – is heavily cut.

And the buffo numbers are nowhere near as “American” and bouncy as they were in 1926, if you believe the original reviews.

At least Robert Stolz gives them a little more swing than Franz Maszalek and the Kölner Rundfunkorchester. 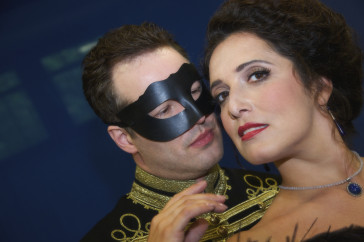 Perhaps the new production in Munich – conducted by Karsten Januschke whose credits include a recent production of Aribert Reimann’s Gespenstersonate – will be filmed and released on DVD, so that this rediscovered Kalman hit can circulate once again, and perhaps cross the Atlantic once more? After all, there already is a Oscar Hammerstein translation. Who could ask for anything more?

The first night in Munich is July 19, performances run through to September 23. On Sunday, July 6, there is a “Einführungsmatinee” in the Akademietheater, presented by Christoph Wagner-Trenkwitz, also flown in from Vienna’s Volksoper where he’s one of the co-directors. (Let’s hope this überobvious attempt to seduce the Austrian operetta gods will work for Köpplinger and his partner.)