Two researchers from the Austrian Cabaret Archive (ÖKA), Iris Fink and Hans Veigl, have just published a 275 page book entitled Galgenhumor. Kleine Kunst im Großen Krieg. Ein Beitrag zur k. k. Unterhaltungskultur 1914 bis 1918. It deals with the flourishing entertainment industry of the Austro-Hungarian Empire in the twilight years of World War 1. These years also saw an immense boom for operetta productions – with Kálmán’s apocalyptic Csardasfürstin as the most popular title to this very day. We spoke to Iris Fink and Hans Veigl and asked them about their findings. 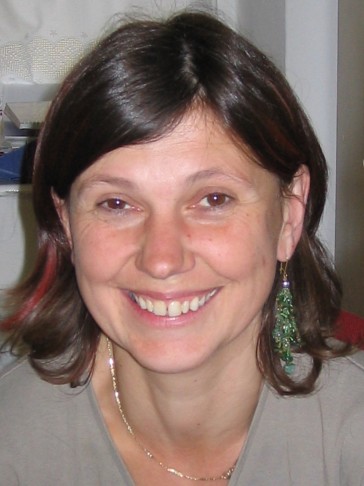 For your book Galgenhumor (“Gallows Humor”) you researched the history of operetta, cabaret and variety shows during World War 1. Can these three genres be seen as a “unity”?

Yes, they may be regarded as a “unit,” stylistically and musically, but also ideologically in terms of war propaganda. Producers, including authors, librettists and composers, established a little “pool” and were active in all of the genres mentioned above. The songs from operettas were taken out of the shows and found multiple usage in cabarets as solo-acts, they were recycled as piano arrangements for home entertainment or they were performed in public by Tanzkapellen. So the messages they contained circulated quite widely and percolated sublimally into the listener’s mind.

You are dealing with the Austrian “entertainment industry” of the early 20th century. Entertainment, today, is often considered a dirty word in intellectual German-language circles. Was that the same back in 1914-18?

Maybe we can call the period around 1914 a “pre-entertainment” time, at least in the modern sense of the word? Although music publishing was already developed back then. From 1917 onwards we have to consider the term “entertainment” in relation to the film industry, as well, when the general staff, Hugenberg-trust and others united to form the company UFA which later became world-famous for its Tonfilmoperetten. 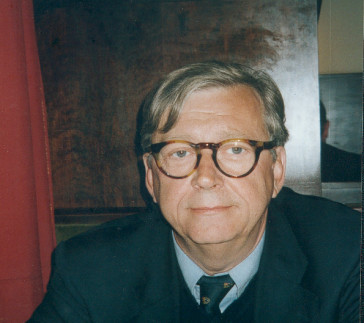 Until now, the history of cabaret, as a genre, has mostly been kept separate from operetta, and vice versa. Why do researchers of both genres not cross borders (if there are borders)? Are they afraid to touch the other genre for fear of “dirtying” their intellectual art form (= cabaret) or their harmless “Heile Welt” world (= operetta)?

We don’t have these fears, generally speaking! But we know they exist, unfortuntale, especially in German speaking countries where there is a strong divide between so called “Hochkultur” and “Populärkultur.” We as cabaret researchers suffer from this divide as well, for example when it comes to subsidies not geing granted for research because a topic is too “popular.”

In the time period we are looking at in our book the borders between the genres dissapear more and more, because variety theaters in Vienna were turned into operetta theatres and cabarets, for example the Ronacher which was taken over by Egon Dorn, the boss of the cabarett Simplicissimus. He redefined that theatre as a place for cabaret and later for revues. Variety shows were always very “international” affairs with a lot of guest stars from overseas, something that was no possible to uphold during the war years. Cabarets did not need such international stars, it could rely on local talent, which is probably why cabaret become so popular during 1914/18.

When you look at the shows you examined, what are the new topics that pop up after 1914?

Surprisingly, there is no innovation after the outbreak of war. It seems the entertainment world in Austria – cut off from its international contacts – fell back into a “good old days” mode, which is the reason for the many revised versions of old-fashioned “Wiener Lieder.” 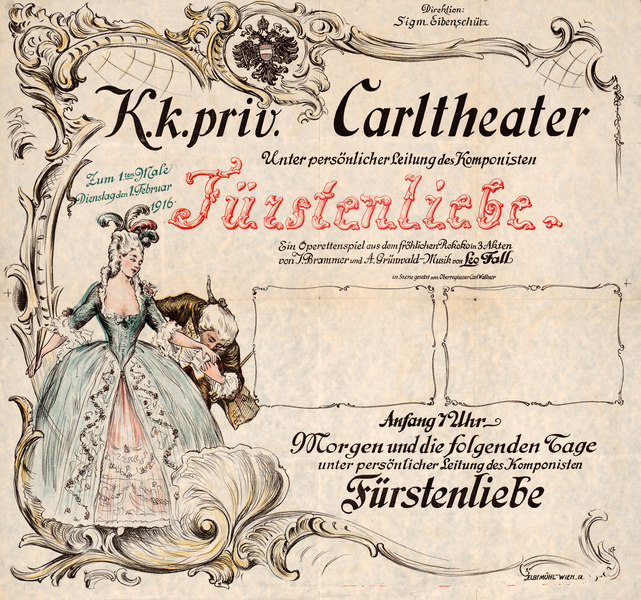 Are there no new musical styles that enter the operetta/cabaret/variety show repertoire during the war years because of influences from allied forces?

There are some connections between Vienna and Berlin that bring musical impulses, for example connections to Rudolf Nelson, Jean Gilbert (= Max Winterfeld) or the Haller revues. But there was no cultural exchange between “Mittelmächte” and “Entente” until after 1918. Therefore, there was no “internationality” in variety shows during the war and in cabaret.

Looking at the shows created between 1914 and 1918, do they reflect the drastic changes in mood during the war?

After the outbreak of war, propaganda was a priority for both communication media and theatres. In Vienna – contrary to Berlin – we notice a return to the pre-war period repertoire as early as at the beginning of 1915. From 1915 onwards, Vienna´s entertainment was all about restoring the continuity of tradition. 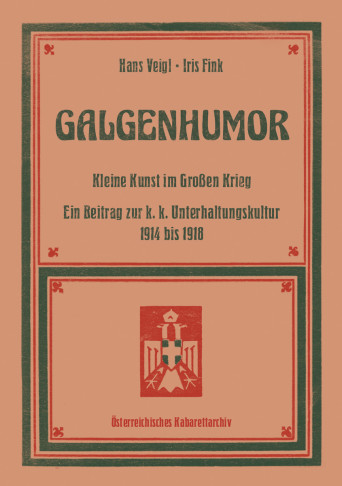 The cover of the new book “Galgenhumor”.

How did the great musical celebrators of war and patriotism change their views or style after the end of the war? Were they ashamed of their war-time work? Did they recycle it, as Benatzky did with “Draußen in Schönbrunn” which famously reappeared in Im weißen Rössl (1930)?

None of the well-known composers, cabaret-authors or librettists distanced themselves from their war propaganda efforts. Some of their work with a nostalgic background was recycled or continued to be performed after 1918. But basically, it really makes you wonder how all these theatres carried on with their job during the war while the world around them collapsed.

What was the greatest operetta discovery from this period, for you personally?

In our opinion, Anno 14 is one of the most embarrassing works, created by the well-known artists Fritz Grünbaum and Ralph Benatzky. It contains the sentimental ballad “Draußen in Schönbrunn,” which was later re-used as “Es ist einmal im Leben so” in White Horse Inn.

The operetta world has recently rediscovered the jazz operettas of the 1920s, also as a political topic. Is it worth rediscovering the operettas written during WW1 too, as “Wiens fröhliche Apokalypse” (Vienna’s merry apocalypse)?

The artistic output from 1914 and 1918 is, in our opinion, the low-point of popular culture, especially the hate-filled texts about “foreigners” that you find in many lyrics and satiric puplications of the era. Hermann Bloch spoke of a “Fröhliche Apokalypse,” but many of these shows and songs really represent a “Werte-Vakuum.” Many people may find our assessments of them controversial, but we want you to form your own opinion and enter into a discourse. We actually look forward to the discussion.

Karl Kraus asked, looking at the operetta and entertainment scene in 1918: “Is that what we fought a war for, for four years?” Are the shows really only about “Leichtsinn,” “Substanzlosigkeit” and “dämonische Gemütlichkeit”? Did we need 100 years to see the value of all this once more?

Karl Kraus and Alfred Polgar are the only authors who publicly asked about the discrepancy of the entertainment business in Vienna and war reality, how they could keep the entertainment business running for such a long time the way the did keep it running. Of course, the question of whether there might be more to these patriotic and nostalgic shows and songs is the central question we try to answer in our book.