Paul Abraham was, without doubt, the most „American“ sounding operetta composer in Europe in the early 1930s. His jazz-operettas, culminating in the bouncy Ball im Savoy in December 1932, are the climax of a particularly successful tradition that had started in the early 1920s with Künneke’s Der Vetter aus Dingsda (“Batavia Foxtrott”) and Kalman’s Die Bajadere (“Fräulein woll’n Sie Shimmy tanzen?”). 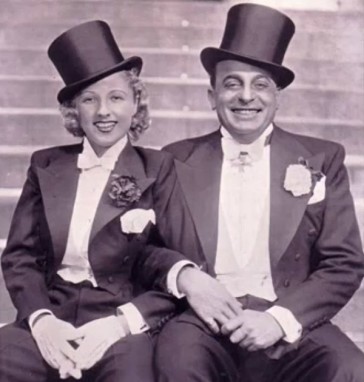 Rosy Barsony and her husband Oscar Denes, the two stars of the original 1932 production.

Yet, these “international” Abraham titles were never a success internationally. Yes, the were performed in Germany, Austria, Hungary and France. Some even made it to London. But the US gave this syncopated style of operetta the cold shoulder in the 1930s.

American audiences wanted their operettas to be more consciously old-fashioned, certainly when the titles in question were imports from Europe. They left the up-beat musical comedies to the new American composers who appeared more “original” from an American point of view.

Now, over 50 years after his death and more than 80 years after its Berlin world-premiere, Abraham’s Ball im Savoy will be staged in Chicago – as an American premiere! The Chicago Folks Operetta production will feature a 17 piece orchestra, singers, dancers and a new English translation by Hersh Glagov and Gerald Frantzen.

This staging comes directly on the heels of the Komische Oper Berlin success of Ball im Savoy, which many consider the grandest operetta spectacle ever to hit the German capital. It was a star studded sensation, always sold out, and even broadcast on TV. (We’re still waiting for that DVD release, please!)

Obviously, the technical possibilities of the Chicago Folks Operetta are limited, compared to the subsidized Komische Oper. But that’s what makes it interesting: to see the show in a completely different version, and test how it’ll work.

It should be particularly interesting to see how modern-day American audiences will react to the very sexually liberated story about a newly-wed woman who decides to take revenge on her unfaithful husband – by throwing herself into the arms of the next best man she meets. Claiming: “If he can do this, and get away with it, so can I!” You would think that in 2014 no-one would blink at such an emancipated statement. But, as we all know, clocks in operetta land tick differently, at least were audiences and their expectations are concerned today. 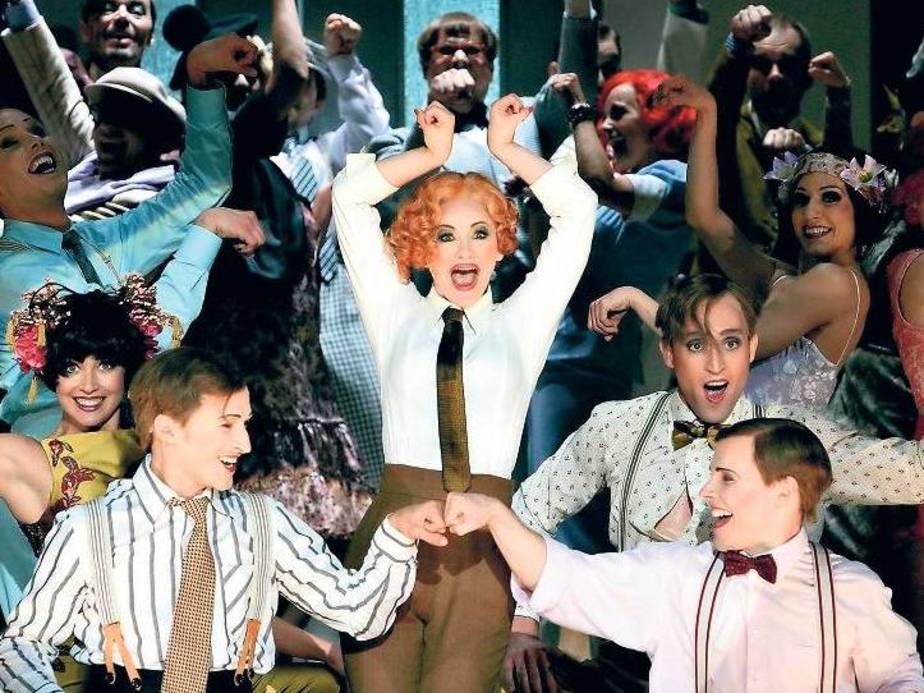 In Berlin, audiences loved Dagmar Manzel fighting for equal (sexual) rights, and Katharine Mehrling assisting her in that battle as a yodeling American called Daisy Darlington. The Chicago production will be staged by Kristen Barrett who will hopefully emphasize the „Frauen Power“ aspect of the show. Anthony Barrese conducts, and the all-important choreography is by Todd Rhoades.

We eagerly await the first night on July 18. Performances run through to August 3. For more information and dates and tickets, click here.

And if you need any more convincing that this show has the potential to be a smash hit, look at the video clip from Berlin.

The Ball im Savoy from Komische Oper Berlin is by Iko Freese / drama-berlin.de.