The 27th International Gilbert & Sullivan Festival takes place at Buxton every year, before moving on to Harrogate. International even in this Covid year, when foreign travel to/from the UK is almost impossible, unless you are Alok Sharma (the UK’s climate minister, who has visited 30 other countries recently without ever quarantining once!) International because all productions are being live-streamed to G&S devotees in all parts of the world! 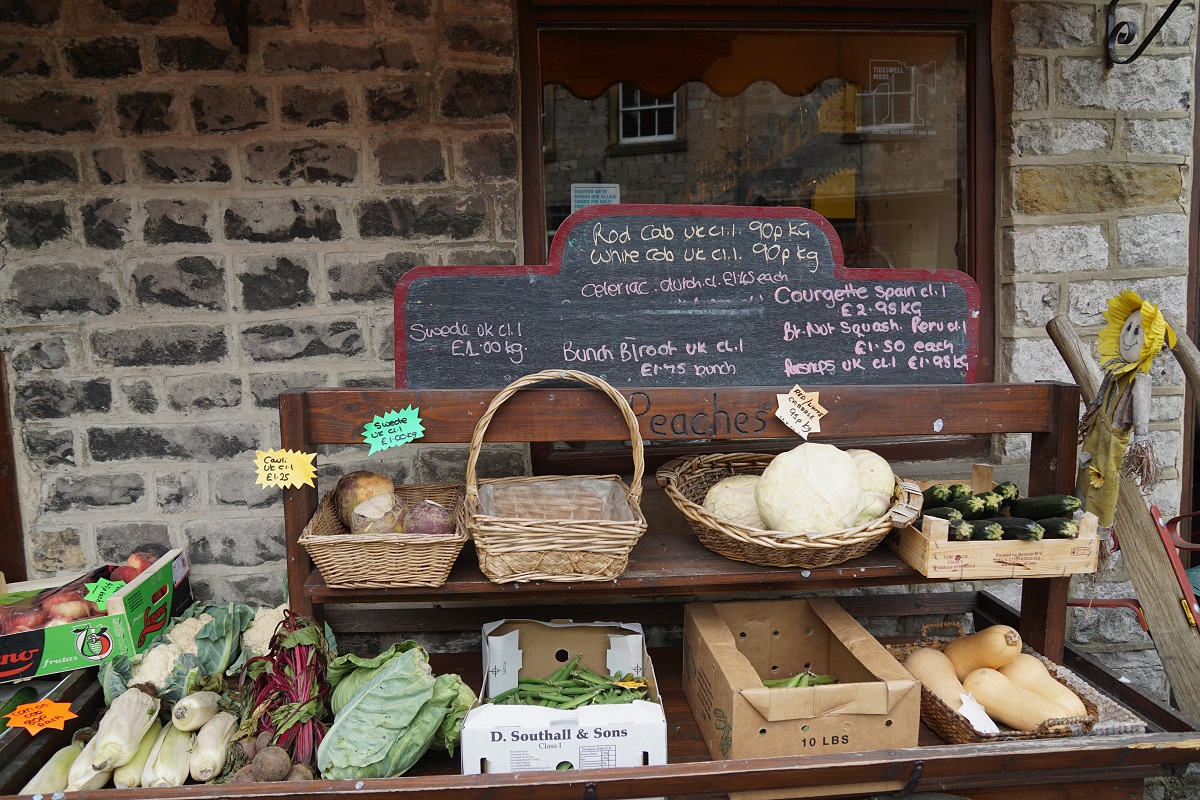 Buxton, the highest market town (population 22,000) in England, has continually reinvented itself since Roman times when health giving spring water was discovered, still being available free of charge to everyone from a continuously flowing outlet in the centre of town.

The Spa itself reached the height of its popularity in the 19th century, when almost everyone arrived by train and there were three large railway stations. A small theatre, plus a concert hall were built, then in 1903 Frank Matcham was asked to design an ‘Opera House’, the perfect venue for small scale opera and operetta, linked to the obligatory Winter Garden, which all resorts needed to have in case it rained, and Pavilion Gardens, complete with miniature railway. 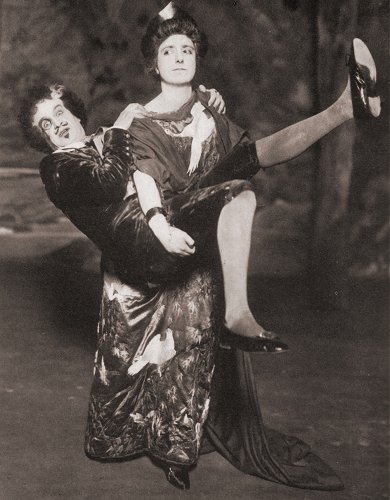 Lady Jane and Bunthorne in a 1919 production of “Patience.”

This year there are two superb productions: Patience and The Mikado, both directed by and starring Simon Butteriss. Patience is very stylishly staged in traditional style, and impresses because the dialogue especially is lightly and imaginatively directed: it is genuinely funny, even if you know the show well. (For more background information on Patience, click here.)

Gaynor Keable makes a strong Lady Jane: not only can she act, she ensures that the character is three-dimensional, and not just one of Gilbert’s “old ladies”. Her rendition of her second act recitative and aria is both moving and hilarious, especially because she does not play the cello as the libretto asks, but uses an exercise bike to great comic effect.

Ms Keable is also Katisha in The Mikado, demonstrating here a very powerful and frightening contralto. Simon Butteriss has directed the piece so that everyone appears “British” rather than Japanese, all the men being costumed in white shorts, and the women in white dresses, as if they are on some tropical island outpost of the “Empire”. It works very well indeed. Koko’s rewritten ‘Little List’ is most amusing as is Bruce Graham’s “Mikado”, sitting in an expansive chair next to a Union Jack flag. The Music Director for both these productions is the enthusiastic James Hendry, drawing a clean sound from the small chorus and making the orchestra of 13 players appear much larger, even though with only a string quintet the overall sound at times is rather thin. Other events in this year’s festival that impressed me included a 10.30 am (one felt sorry for the singers!) master class by the 73 year old Scottish baritone, Donald Maxwell, who studied with Joseph Hislop and is therefore a link to the great days of singing in the first half of the twentieth century. He gave three young members from the National  G&S Opera Company advice on the interpretation of various styles of music, not just G and S, interspersed with many anecdotes. In the afternoon, he gave a 90-minute recital of all sorts of material, demonstrating, if nothing else, that if you have a sound technique you can continue singing well into “retirement”! I found both these sessions involving and inspiring, reminding me so much of my own singing teacher all those years ago… Another ‘fringe’ event was a conversation between the Festival organiser, Neil Smith, and Alistair Donkin, who was a member of the D’Oyly Carte Opera Company from 1979 until it finally closed in 1982, and played all the comic “patter” roles in his three years with the company. I remember that he was very popular with audiences, as he was at Buxton, not really needing to have a conversation with anyone, as, once he started to talk, it was difficult to stop him! He came across as a very modest, self-effacing person, clearly still revelling in his good luck at having been able to have been a member of the D’Oyly Carte, visiting both Australia and the USA with the company, even though it was for so short a time. The National G&S Company also presented HMS Pinafore, unfortunately not directed by Simon Butteriss, in a very old-fashioned and dull production by Rachel Middle, in which everyone seemed to sing or speak directly to the audience and in which dialogue direction seem to have been ignored. Even the presence of Matthew Kellett as Dick Deadeye portrayed as a ‘misfit’ rather than a comic character could not lift the show.

Rachel Middle also directed an amateur (I assume) production by Forbear Theatre Company of The Yeomen of the Guard, which had the same faults as HMS Pinafore. Here, though, the chorus had been superbly drilled by Director of Music William Remmers, producing a crisp, light sound in which every word was crystal clear.

For those interested, all the productions, and many of the fringe events can be found on www.gsopera.tv for a small fee.

There are strong rumours that the 28th G&S Festival, in 2022 – Covid permitting, will feature a new production of the rarely staged Utopia Ltd which will make returning to either Buxton or Harrogate a must!