Perhaps you know that feeling: you see a super-duper operetta performer one day, and the next he’s vanished. Or so it seems. That’s what I experienced with Alen Hodzovic. The young musical comedy man gave a one-of-a-kind performance in Der Vetter aus Dingsda in Bremen at the Theater am Goetheplatz that knocked me sideways (so much so that I travelled to Bremen twice to see him, again and again). And then: nothing. No further operetta, and no further trace of him. 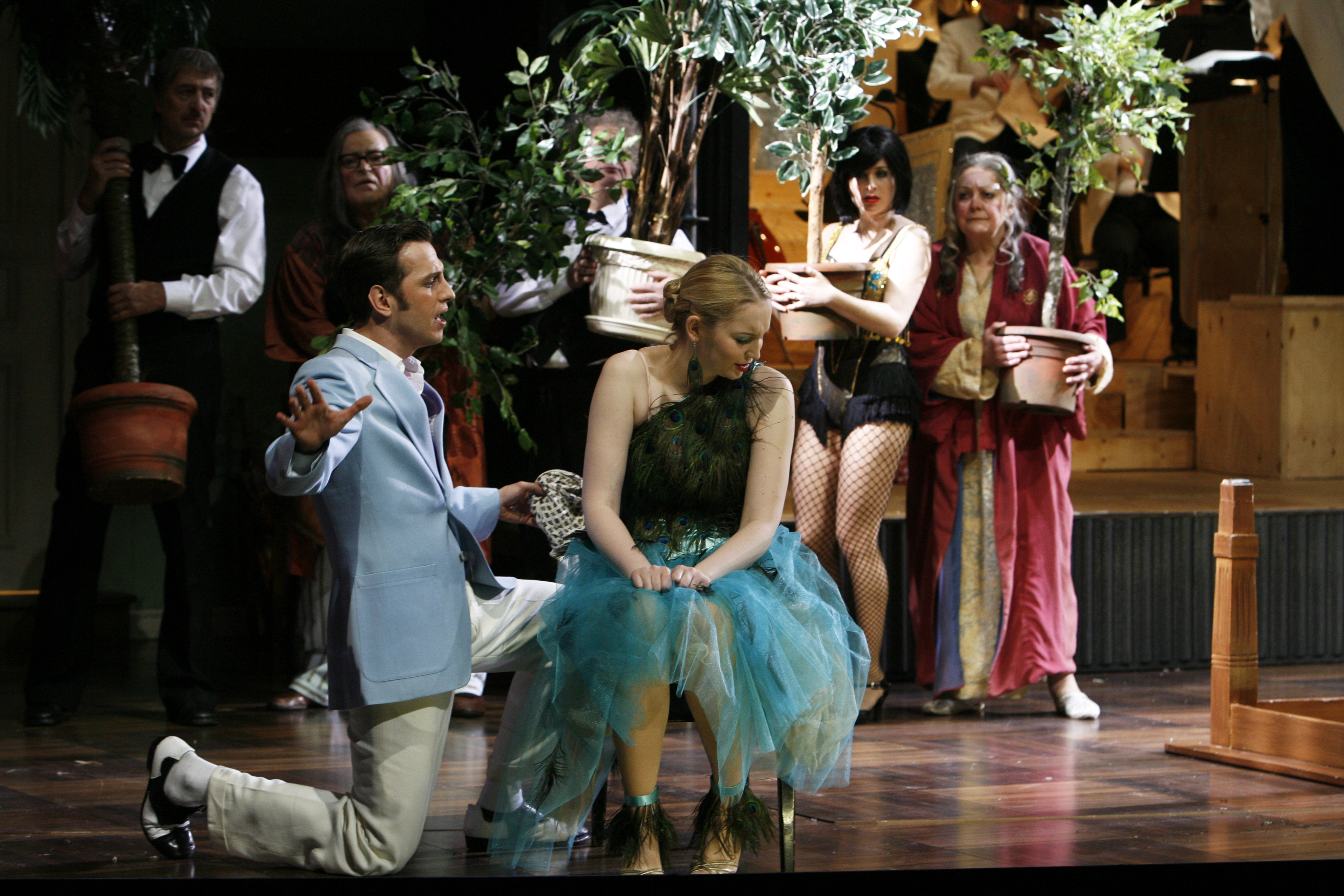 And then, suddenly, I bump into him again at the opening night party of Gräfin Mariza in St. Gallen, of all places. Hodzovic now wears his hair long, but otherwise looks as winning as always. So I went straight over to him to ask where on earth he had disappeared to. Of course he had not “disappeared.” On the contrary, he is now in the musical ensemble of the Theater Linz in Austria. You might recall that they have a brand new theater there, and a brand new musical team, and that they are putting stuff on that you can only dream of in most other places. (Even in Berlin.)

One of the shows on offer in Linz right now is a new staging of Kern’s “Show Boat.”

Most people worldwide will not think that too special, but in the German language theater scene – Austria, Germany, Switzerland – this is remarkable, because hardly anyone knows the show and its glorious score. Hodzovic is cast as Captain Andy in this, which is – absolutely – not the right role for him. But he can also be seen as Marius in Les Misérables, and that – absolutely – is a right role.

At the start of 2015 he can also be seen in Sondheim’s Company, no, not as the enigmatic Bobby, but as Harry. He’s also in Kander & Ebb’s The World Goes ‘Round production. Yet, sadly, not in the only operetta production in Linz, Kalman’s Csardasfürstin.

Since Hodzovic’s conductor, in most cases, is Kai Tietje who is also a regular at the Komische Oper, we might want to keep our fingers crossed that Mr. T will recommend Mr. H to the casting directors there.

I’m sure that if Barrie Kosky had seen Hodzovic and Nicky Wuchinger in Vetter aus Dingsda, back in Bremen, he would have hired him, and him, on the spot. (Well, I would have.)

It’s wonderful to know that Hodzovic has not fallen off the edge of the world but is happily working in Linz, in musicals. Perhaps he’ll find a way to return to operetta before too long … someone like him is sorely missed in that repertoire. And his “Armer Wandergesell” – in a dazzling retro-charm version à la Max Raabe – is something I’d enjoy hearing more often. Also the tango love duett from that Künneke show. Even if I have to fly all the way down to Linz. And back again, via Batavia. (And, yes, that is the fabulous Florian Ziemen conducting in the background.)