It’s astonishing that Sony Masterworks is releasing an album of operetta songs – in jazz arrangements! Presented by the young Austrian soprano Ethel Merhaut and entitled Süß & Bitter, i.e. Bittersweet in reverse. Though the music from the Noel Coward operetta of the same non-reverse title is not part of the song selection. 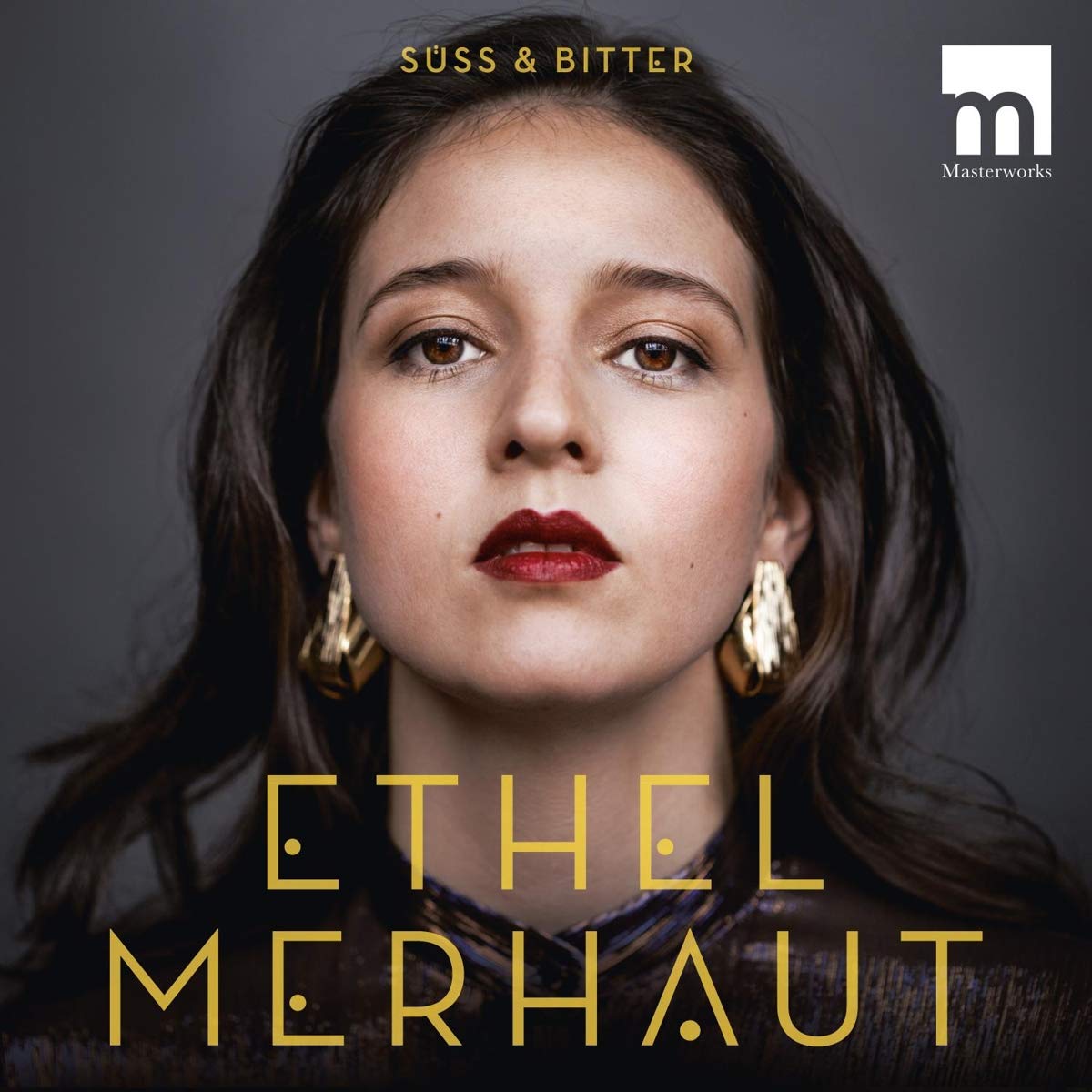 Instead, Merhaut and her four musicians present an unusual combination of titles, held together by the fact that nearly all authors or composers were in some way persecuted by the Nazis. For starters you get the famous Zarah Leander Schlager “Waldemar” about a man with dark hair who is nothing like the “Aryan” blond ideal hero, but whose kisses are a miracle. The lyrics are by Bruno Balz who was put in prison, again and again, for homosexual activities during the Third Reich.

When Merhaut presented her new album this week in an online concert she pointed out, rightly so, that this song takes on a very different meaning when we know the LGBT Balz background. His other famous song with such a subtext is “Ich weiß, es wird einmal ein Wunder gescheh’n,” it is also included on the new album, without the famous pathos with which Zarah Leander presented it. Merhaut rolls her “R”s à la Leander, but reduces the song to an almost intimate meditation and sings it in a higher key, giving it a lighter touch and a chance to breathe differently. 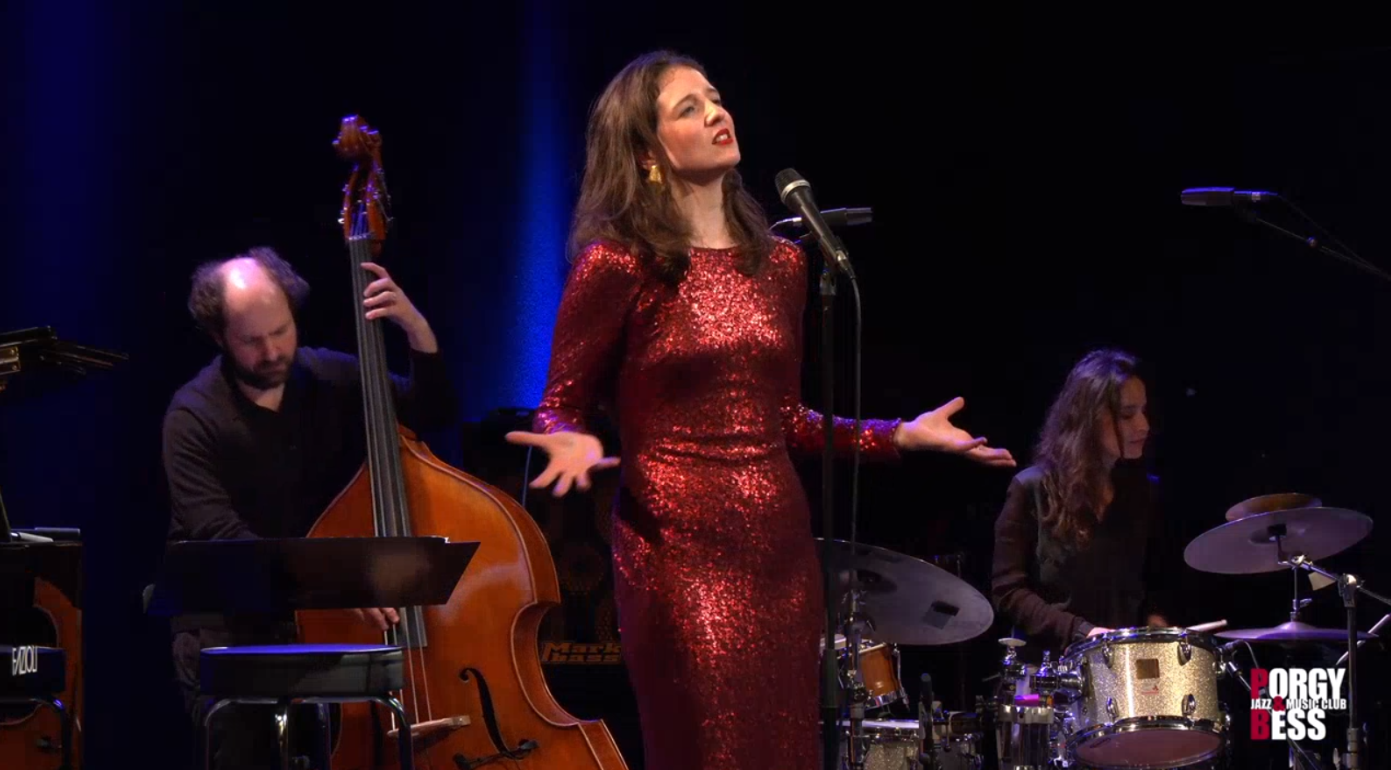 Ethel Merhaut during her concert at the Progy & Bess jazz club. (Photo: Screenshot)

It’s an interesting program, far more interesting than Sony’s recent Jonas Kaufmann album dedicated to “Vienna.” It’s also interesting to hear these songs from the 1920s to 1940s in such swinging jazz arrangements, with Belush Korenyi at the piano. He also wrote the song “Zeitvertreib” which is included.

Merhaut is a charming interpreter with an easy and even voice that never sounds too operatic, though she cannot quite make up her mind and opt for a true jazz style. Or a completely relaxed chanson style which would make parlando numbers like “Kleptomanin” or “Mein Bruder” more convincing.

When she tries to soar into higher soprano regions, for example with “Toujours l’amour,” the voice doesn’t possess that hypnotic quality Gitta Alpar once had in the upper register. (Then again, hardly anyone has that quality, it’s unique.) However the piano accompaniment is so wonderfully dreamy that this can easily be overlooked. 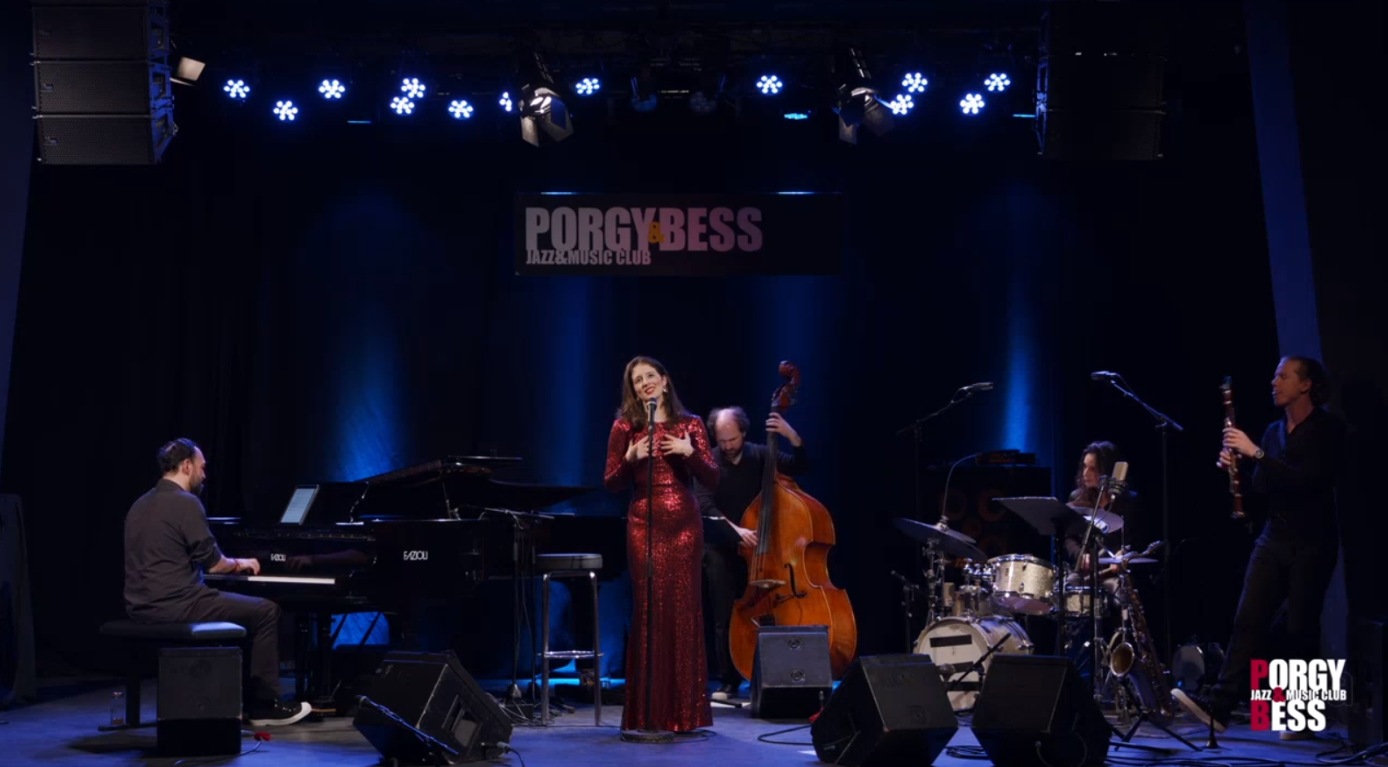 On the whole Ethel Merhaut could (and probably should) try to be a little more daring in her interpretations. What we hear on Süß & Bitter is often tentative instead of going “all the way.” And what she presented live, in her online CD release concert, was also tentative for the most part, as if she were still searching for the right approach, searching for the right character for this repertoire, her stage persona.

But lets be very clear here: in terms of recent operetta albums, this is by far the most interesting in terms of repertoire and intelligent presentation, a presentation that scratches of the glossy surface and wants to dig deeper. (Three cheers to that!)

While watching Merhaut in concert I wondered why she didn’t record this program at the Porgy & Bess jazz club, or at a venue like Bar jeder Vernunft, with spoken introductions and live atmosphere. That worked well for Katharine Mehrling or Tim Fischer, not to mention Georgette Dee. Hearing the latter with Benatzky’s “Grinzing” makes you realize where Merhaut might go one day, if she so chooses. Till then, it’s fascinating to watch this “sweet and bitter” artist grow. There is obviously enormous potential to look out for.