Yes, it might be true that the Austrian operetta festival in Bad Ischl is fighting for “pure survival,” as director Michael Lakner said at a press conference in Vienna this week. “2,000 Euros budget for stage sets are more than painful,” he lamented. But that did not stop Lakner from announcing some truly remarkable titles for the coming seasons. Among them is Ralph Benatzky’s glorious Hollywood farce Axel an der Himmelstür (1936). 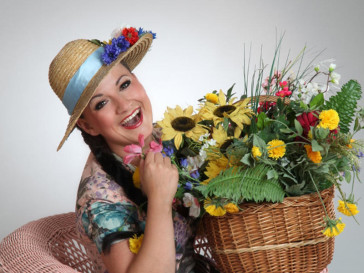 Press photo for the 2015 production of “My Fair Lady” in Ischl. (Photo: Lehár Festival)

For their „big“ annual stage production, the Lehár Festival in Ischl usually sticks to the well-known and tired same old titles you see everywhere else. As a result, the fact that My Fair Lady, Die Fledermaus, Merry Widow, Gräfin Mariza and Im weißen Rössl are all coming up will not get operetta travelers too too exited. But next to these mainstream standards, there is a whole list of goodies that will make your heart race a little faster. Lakner announced that there will be productions – some of them only in concert form – of Nico Dostal‘s Ungarische Hochzeit, Leo Fall’s Die Rose von Stambul and Die geschiedene Frau, Lehár’s Juxheirat and Clo-Clo, Fred Raymond’s Saison in Salzburg, Kálmán’s Kaiserin Josefine (which not even the Ohio Light Opera did yet!), and Frühjahrsparade by Robert Stolz. 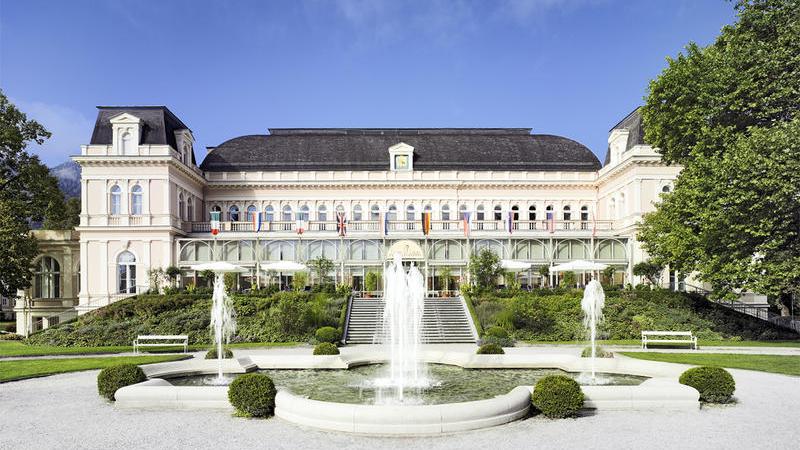 The historic congress center in Ischl is the home of the local Lehár Festival. (Photo: Léhar Festival)

If you stick around till 2018, you will be treated with Benatzky’s Axel an der Himmelstür. It is the show he wrote for Max Hansen and Zarah Leander in 1936. It was a major triumph for the diva playing an eccentric film star; Leander went straight onto becoming a real-life film goddess in Nazi Germany. She re-recorded the show in the 1950s for the Austrian radio. That version – with Leander in amazingly grand form – came out on CD some years ago, together with bonus tracks featuring the younger actress and her original partner Max Hansen.

The disc stirred interest with various operetta directors who thought about putting on the show, among them Barrie Kosky in Berlin at the Komische Oper (“Aber das müssen wir bearbeiten, es gibt darin zu wenig Musik.”) So far, only the operetta theater in St. Petersburg dared to actually do it, in the Russian case in a totally rewritten and revamped version which premiered last September. 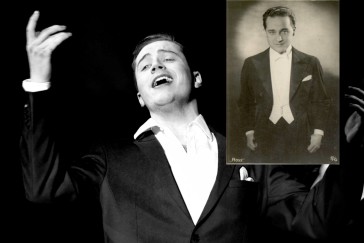 It will be interesting to see and hear a smaller-scale production in Ischl that will, hopefully, stick more closely to the original play with music. (It will also be interesting to see who Mr. Lakner will present in the Leander and Hansen roles; there are, after all, some amazing new talents available right now for exactly these character types.)

Because the Lehár Festival works closely together with the record company CPO, there is a chance that many of these titles will find their way onto discs eventually.