There’s a wonderful interview with Elisabeth Schwarzkopf in which she talks about her student days in Berlin. She mentions that her favorite class was dedicated to comparing recordings of famous singers. The students sat and listened to legends of the past on Schellack. Schwarzkopf said that often recordings started and she couldn’t understand why a certain singer was famous, since he/she sounded so ordinary. Until, according to Schwarzkopf, something suddenly made her recognize what the fuss was about. It might have been a single phrase, a certain way of handling a word, a technical accomplishment, but there was always that “something,” however short. A gimmick, if you want to call it that. Miss Schwarzkopf learned from that, trying to copy these decisive gimmicks in her own career. She was rather successful at doing it. 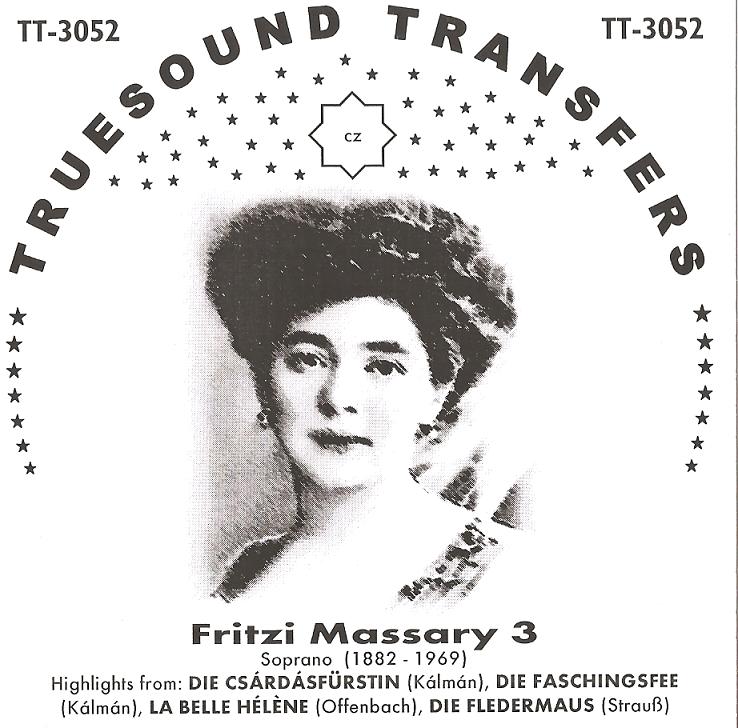 The third part of the Truesound Transfers series of Massary recordings.

This Schwarzkopf interview came to my mind while playing the Truesound Transfers Fritzi Massary 3 disc with highlights from Die Csardasfürstin, Die Faschingsfee, Die schöne Helena and Die Fledermaus, recordings made in Berlin in 1916 and 1918. They are masterfully restored by Christian Zwarg and make you forget their age. The voices sound as fresh as if the singers stand right next to you.

During the first two tracks I missed the notorious Massary way of delivering lyrics and nuances. Here, she sings more ‘traditionally,’ as a lusty soubrette with a good top but without an exceptional timbre. And just as I started wondering if the acquisition of this disc was a bad investment, track three starts and changes everything: “Ganz ohne Weiber geht die Chose nicht” is sung by Miss Massary, solo, and after the intro she delves into the chorus in such a way that you will never want to hear it sung in any other way. She glides up on words (“so hier und da”), changes the tempo from one phrase to the next, starts improvising, gives unexpected shading to the lyrics in the second chorus … You wonder why this isn’t done by all operetta singers.

Such gimmicks continue in the following tracks, but they are not (yet) the main feature. They are still sparsely used. But you understand where this career is going. By 1916 Massary was already a big star, and her Sylva Varescu was a smash hit. But these were not tailor-made roles for her.

Her Faschingsfee was a smash hit, too. After having listened to the recent cpo recording from Munich I wanted to hear more of Massary. I knew one tracks from that show from Fritzi Massary: O la la… Frühe Aufnahmen 1905-1920. But the sound quality on that KLEINaberKUNST disc cannot compare to what Christian Zwarg has done here.

Instead of just one Faschingsfee track, there are ten. And nine Csardasfürstin highlights. They don’t only feature Massary, but also Molly Wessely who sings “Machen wir’s den Schwalben nach” together with Albert Kutzner and “Das ist die Liebe” with Hermann Vallentin.

She posses a similar timbre as Massary, you might even mistake one for the other, until you realize that this ‘extra’ element is missing, these Massary touches. To quote Noel Coward’s diary: “She is bright as a button and brimming with vitality. […] My God, she did deliver the goods!” 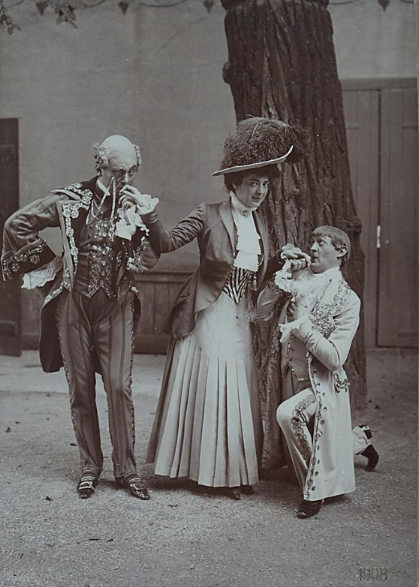 Coward also states, as late as 1958, when Massary came to see one of his performances: “There is little that she doesn’t know about the theatre.” This knowledge was gained during a career that spanned 30 years. These Csardasfürstin/Faschingsfee recordings are roughly from the middle of these 30 years, they come after her revue days at the Metropoltheater and before her superstar status of the 1920s.

When Coward met Massary again in Hollywood in the 1950s he was hugely impressed by the way she had aged: “There she is, retired, in her seventies and chic as ever in her bandbox of a house. Wise and shrewd and sensible. ‘Nostalgie du temps perdu’ to a certain extent, but lightly done and without pain. […] It was lovely seeing her again and astringent, no lachrymose introspection. A valuable encounter.”

The same can be said about this Kalman double encounter. “Jaj, mamam Bruderherz” is especially interesting. Massary, Hermann Vallentin and Pepi Ludl sing it with unexpected contrasts, shifting from melancholy to mad abandon (“denk nicht mehr daran… nur auf’s Heute kommt’s an”). Modern day operetta performers could learn a lot from these recordings. There’s a freshness, an emotional depth and honesty that is breathtaking, without ever falling into that grand operatic tone that makes so many later Csardasfürstin and Faschingsfee recordings unbearable (for me). 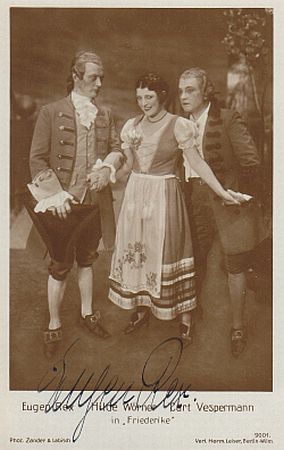 Eugen Rex (l.) in his later career in “Friederike.”

Eugen Rex as Massary’s partner in Faschingsfee is nearly as much fun to listen to as Albert Kutzner.Rex premiered Der Vetter aus Dingsda in 1920 and had a big movie career in the decade that followed. (He joined the NSDAP in 1933 and occupied various high ranking positions in the film industry.)

By 1918 Massary had already developed her style further. She is utterly self-assured as Princess Alexandra Maria. The way she slides up and down in this music is simply stunning (try “Lieber Himmelsvater, sei nicht bös’”). It’s something you will not hear – anywhere – on the new Munich recording. 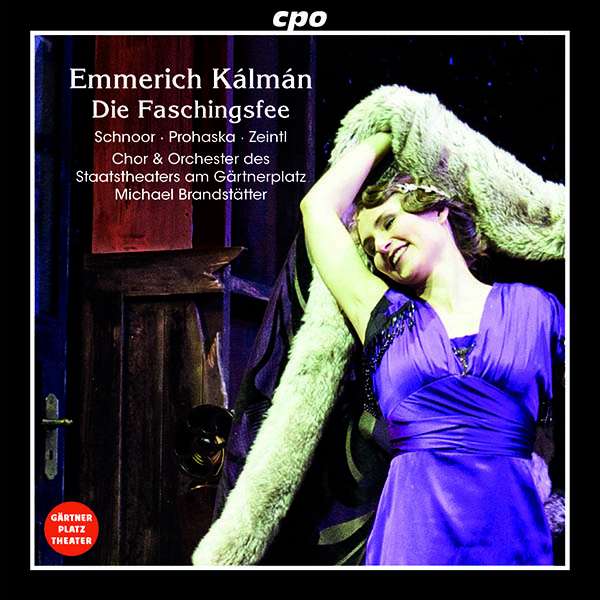 The high art of handling lyrics is also more than evident in La belle Hélène. Her “Invocation of Venus” demonstrates how you keep three verses interesting and fresh. And her duet with Bernhard Bötel as Paris is – well, nothing like you’ve ever known. It’s as far away from Jessye Norman and Felicity Lott as possible; and yet Massary preserves a ‘classical’ style throughout.

The finishing “Spiel ich die Unschuld vom Lande” is a particular highlight. It makes you understand why Bruno Walter hired her so sing Adele at the Salzburg Festival. Already in 1918 Massary knows perfectly well how to play ‘innocent’ and deliver the goods.

If you’re interested in Kalman, then these two selections as essential listening. I’d even say obligatory. As mentioned the sound quality is superb, for recordings made in 1916/18. The supreme art of operetta singing is ever-evident. It’s such a shame it got lost…