Vienna and Budapest: those are two important fixtures in the operetta universe. And two highly profitable marketing terms. There are countless “Viennese” operetta albums by the most unlikely people, Placido Domingo among them, most of them are cashing in on a fake nostalgia ideal that makes so called “Golden Operettas” sound even more outdated than they actually are. Purely “Hungarian” operetta albums, on the other hand, are not so frequent outside of Hungary. Eva Marton’s Hot & Romantic comes to mind, featuring Kalman and making Hungarian operetta sound just as outdated. So, is it time for a fresh new approach? It seems that two internationally celebrated clarinetists point the way. 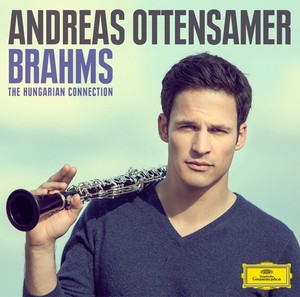 So here they are, the two young, highly attractive soloists from the Berlin and Vienna Philharmonic orchestras respectively: Andreas and Daniel Ottensamer, brothers and from the famous Ottensamer dynasty. They have both just released albums, one featuring a “Hungarian Connection” and a drop-dead gorgeous hunk holding his instrument, while the other – not quite so drop-dead gorgeous but still highly attractive – stands tall and holds his instrument suggestively in his groin area. It seems the PR people at Deutsche Grammophon and Sony have understood what sells albums. It’s what sells operetta music too, as Barrie Kosky demonstrated in Berlin. 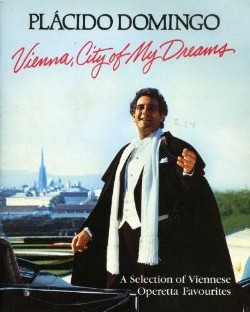 Neither of these clarinet albums contains operetta music, not even Viennese songs from the operetta periphery. But both albums show what a new operetta albums featuring Viennese and Hungarian music could look like …. No more champagne and chandeliers, please! There are a million great young singers out there, ideal for operetta, yet kept from the genre and a modern approach. At least on disc. Perhaps the two Ottensamers will inspire the likes of Serkan Kaya, Katharine Mehrling, Jan-Philipp Rekeszus or Dénes Kocsis and Attila Dolhai to come up with a novel operetta album soon? The great Viennese and Hungarian operetta song book certainly deserves a dust-off and rejuvenation, stylistically speaking.