To say that I was surprised would be putting it mildly. Here I was, at the opening of the grand exhibition Homosexualität_en (plural and with gender gap) at the Deutsche Historische Museum in Berlin-Mitte, marveling at the objects on display. When suddenly I saw a display with someone looking remarkably like Johann Strauss from a distance. On second glance, it turned out to actually be Johann Strauss Jr. and family. 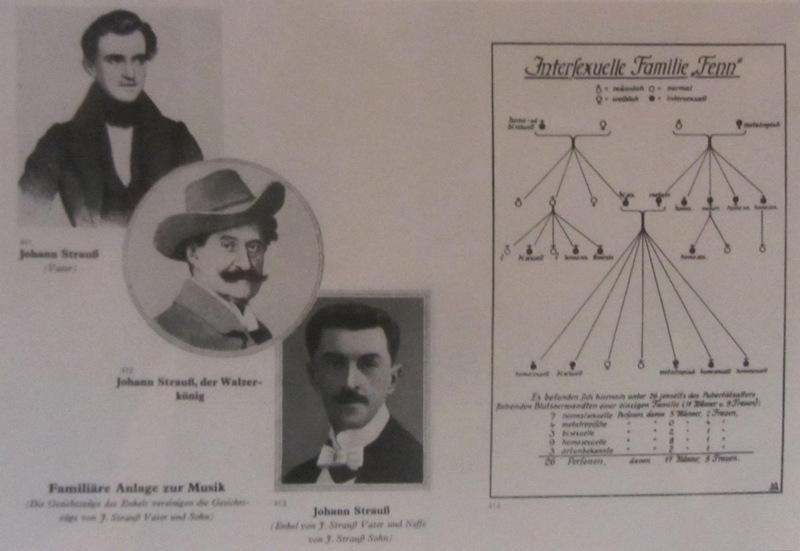 Magnus Hirschfeld’s “Geschlechtskunde”, 1930, showing the Strauss family on the left side, and the “Intersexual Family Fenn” on the right.

The image in question is from Magnus Hirschfeld’s Geschlechtskunde (Definitions of Gender), published in 1930. There you see, on a double page, Johann Strauss Jr. with the heading “Familiäre Anlage zur Musik,” which translates as “inherited family talent for music.” The explanation at the DHM lets visitors know: “In this illustration, inherited musical talent in the Strauss family serves to bolster Hirschfeld’s thesis that homosexuality is hereditary [just like musical talent]. Magnus Hirschfeld used the term ‘intersexual’ frequently to underline his thesis that homosexuality (like other intermediaries [“Zwischestufen”]) was characterized by a specific mixture of male and female qualitites.” The comparison is with the “Intersexual Family ‘Fenn’” on the right side of the double page. 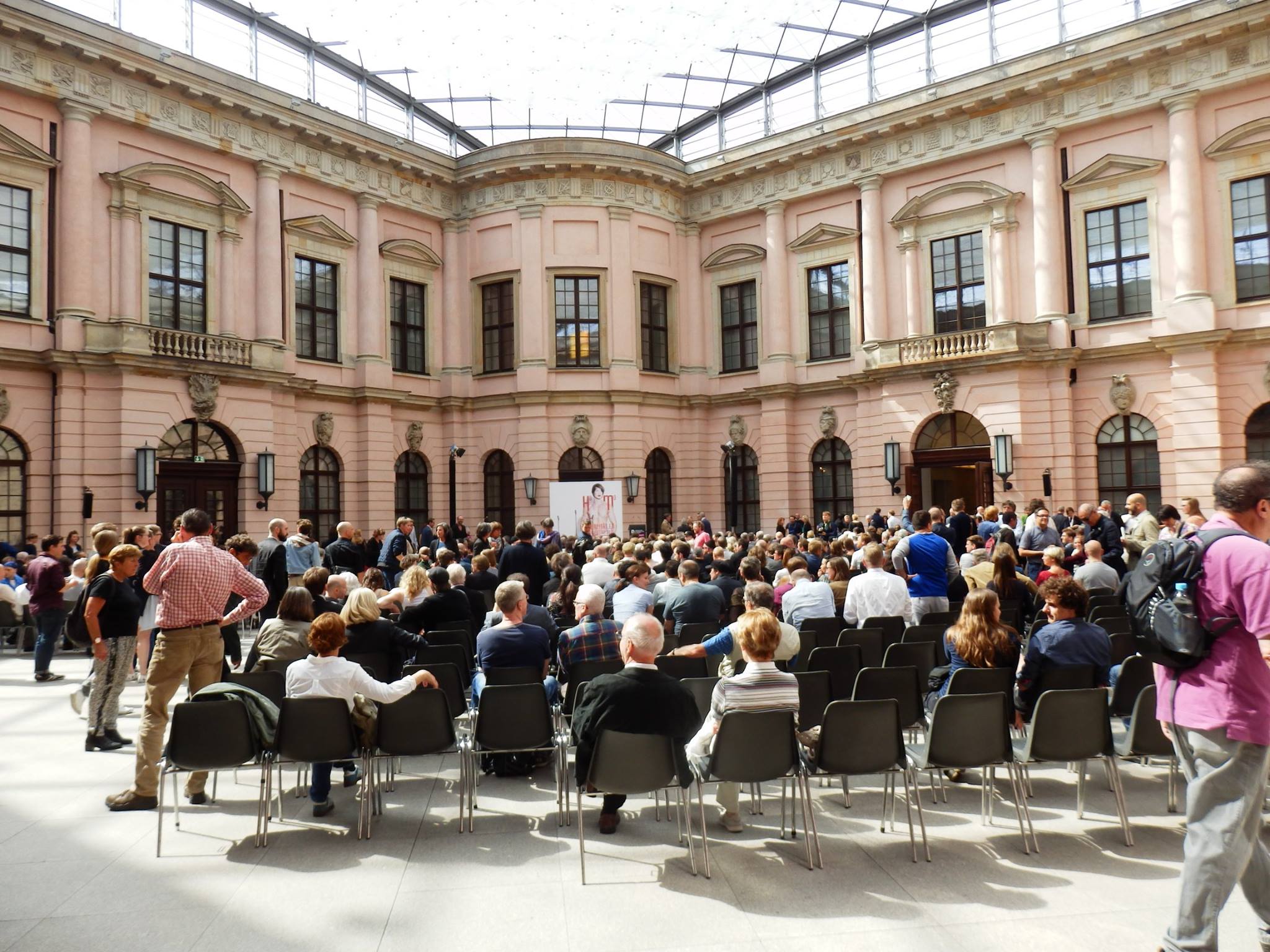 The opening ceremony of “Homosexualität_en” at the Deutsche Historische Museum. (Photo: Schwules Museum*)

Considering that only a few years later the Nazis promoted the waltz as the “most German of all German national dances” and Strauss Jr. as “King of the Waltz” to the level of the most German of all German composers, placing the popular Strauss in a Geschlechterkunde was one of many things that did not endear Hirschfeld to the National Socialists. They burned down his famous institute in Berlin in 1933, destroying the entire collection. 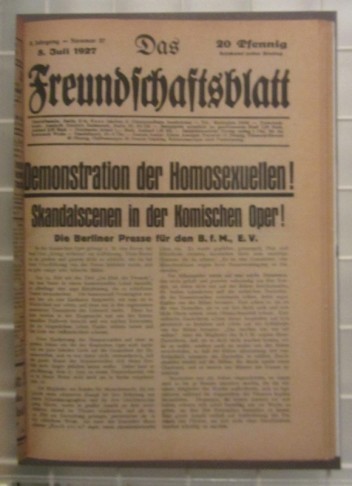 People with an interest in operetta will also notice a display on “Skandal in der Komischen Oper” in the Wildes Wissen section: it’s an eclectic alphabet that presents a mix of topics from A to Z. There you see an issue of the newspaper Das Freundschaftsblatt from 1927. It reports on a historically unique protest of LGBT groups at James Klein’s revue theater Komische Oper, just next door to Hermann Haller’s Admiralspalast and opposite Erik Charell’s Großes Schauspielhaus on the other side of the Spree river. At this Komische Oper, in the summer of 1927, members of the Association for Human Rights (Bund für Menschenrecht/BfM) disrupted a performance because of its “degrading portrayal” of homosexuals. The performance had to be suspended. The next day, when another 150 BfM members attempted to purchase tickets, the scene in question – set in a gay club and showing gay action on stage – had been changed at the request of the theater’s director. This form of LGBT protest was new, historically speaking. And, surprisingly, the Berlin press endorsed the protest. 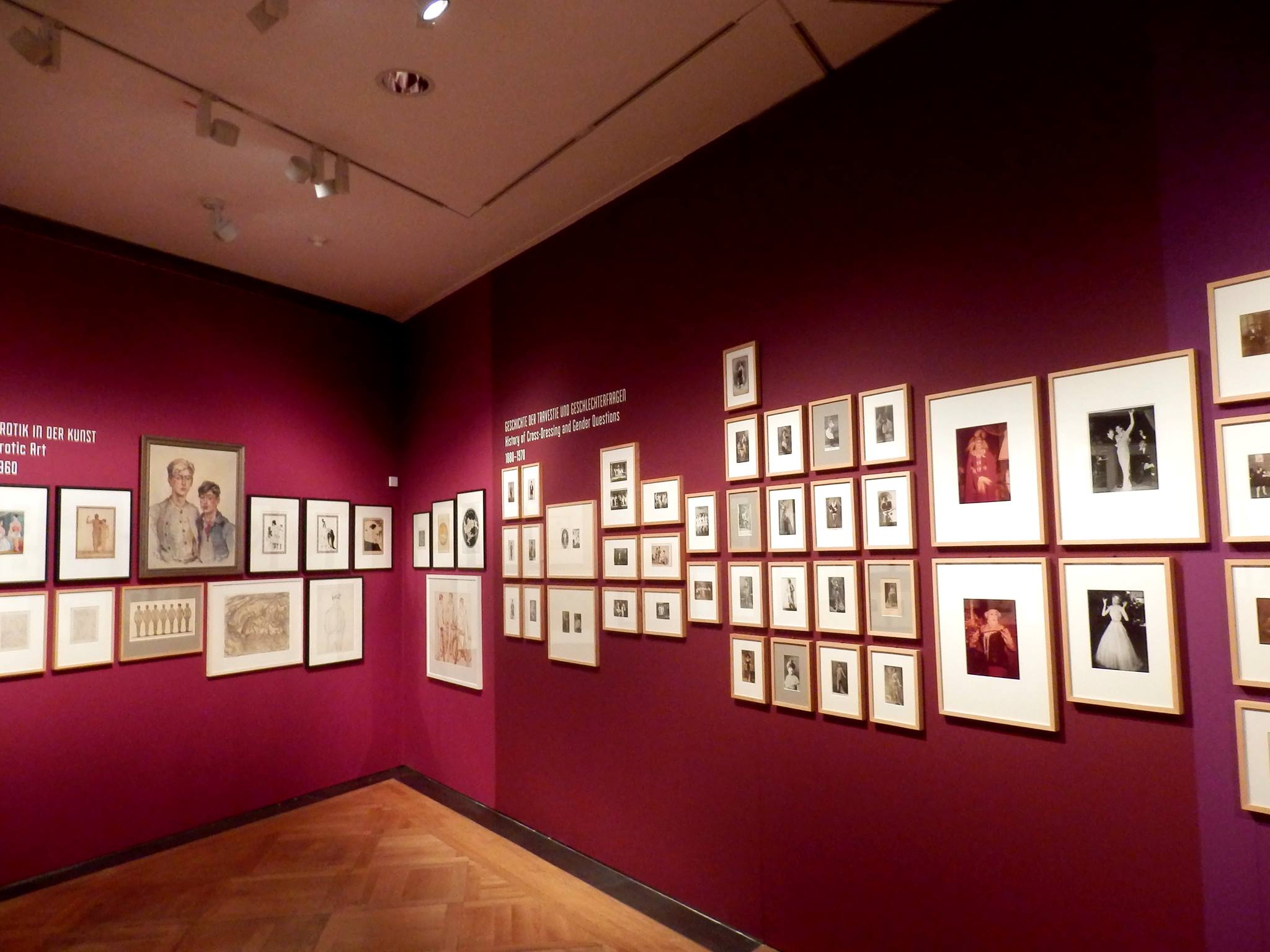 One section of the exhibition “Homosexualität_en” at the Deutsches Historisces Museum. (Photo: Schwules Museum*)

Of course, viewed from a distance, it would be rather interesting to reconstruct this scandalous scene and play it once more. Because outright “gay settings” were not what was on offer usually at Berlin’s revue theaters. Even Erik Charell – the only gay director of a revue- and operetta theater – presented his gay themes covered in a “straight” exterior, or as “Greek Mythology.” Maybe the current Komische Oper under Barrie Kosky can pick this idea up and bring the scandalous scene from 1927 back to life in a review of their own?

Claire Waldoff (1930) by Emil Orlik. © Deutsches Historisches Museum, Berlin. Waldoff is part of the exhibition “Homosexualität_en” and will get a solo-show at the Schwules Museum* in 2016.

We’ll try to get the full article with a full description of the scene in question for you as soon as possible, because this is obviously a fascinating new facet of musical entertainment in 1920s Berlin. 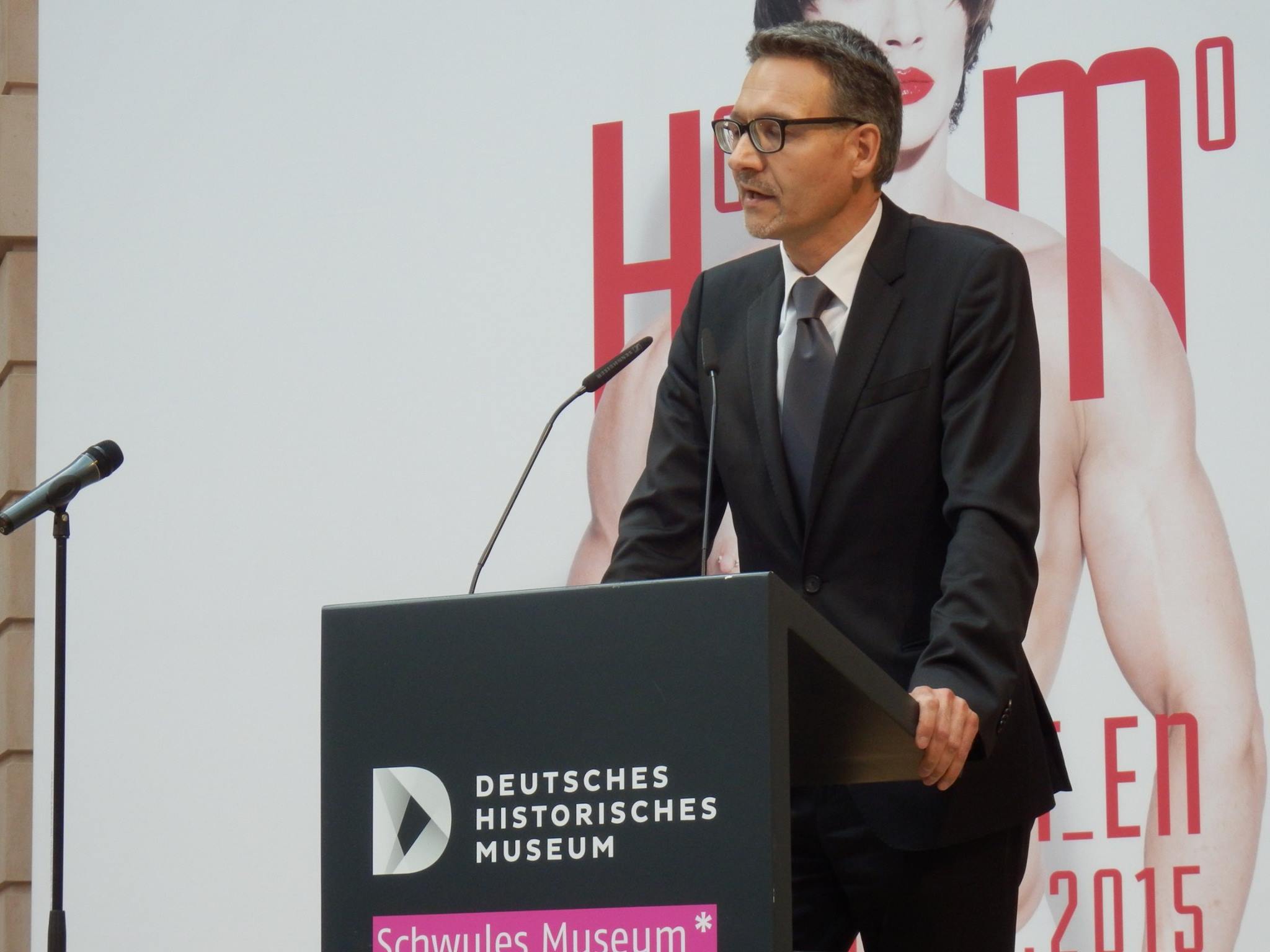 The director of the DHM, Dr. Alexander Koch, delivering a moving and profound speech at the opening of “Homosexualität_en.” (Photo: Schwules Museum*)

The exhibition Homosexualität_en can be seen at the Deutsche Historische Museum and at the Schwule Museum*, it is a two-part show running until the end of November 2015. The white poster that is hung all over Berlin right now shows the Canadian trans* activist and artist Heather Cassils. It is a work – on display in the exhibition – entitled Homage to Benglis, part of the larger body of work CUTS: A Traditional Sculpture (2011).