What is arguably Paul Abraham’s musically strongest operetta, Viktoria und ihr Husar (1930), has been given a new production by Munich’s Gärtnerplatz Theater at the Prinzregententheater. It ran from June 16 to 25, 2016.

For this revival the director, Josef E. Köpplinger has written a new version. Grünwald and Löhner-Beda’s original German language libretto, which has unusual depth and scope for an operetta plot, told the story of Viktoria and ‘her’ Husar, Stefan, in chronological order, beginning in a Siberian prison camp: then moving to Japan, Russia and finally Hungary.

Köpplinger sets the entire show in a hall in the prison camp, which happens to have a small stage up centre. Stefan tells the guards and prisoners the story of how he ended up there in a series of flashbacks which appear as sort of ‘dream’ sequences on the small stage, inevitably often spilling into the prison camp hall itself.

The prisoners and guards are mostly non-singing actors, often punctuating the action of Stefan’s story, as if to remind the audience that everything is actually taking place in the prison.

Clearly, the book has had to be re-written, Stefan’s escape not occurring until near the end, instead of the beginning! There are long stretches of dialogue, the longest nearly fifteen minutes, that cry out for the interpolation of a song (or two!). It also seems strangely lacking in any humor, to judge by the reaction of the audience! (This could be the fault of the re-write, rather than the original version by Gründwald and Löhner-Beda, who certainly knew how to place their jokes.)

Alexandra Reinprecht as Viktoria, is suitably mature and stands, usually centre stage, with poise. She clearly believes she is the ‘star’ of the operetta. Her voice shows signs of strain in the upper register, and her frequent attempts at the highest notes Abraham calls for are often not reached, the results often being painful and recalling Charles Ives! 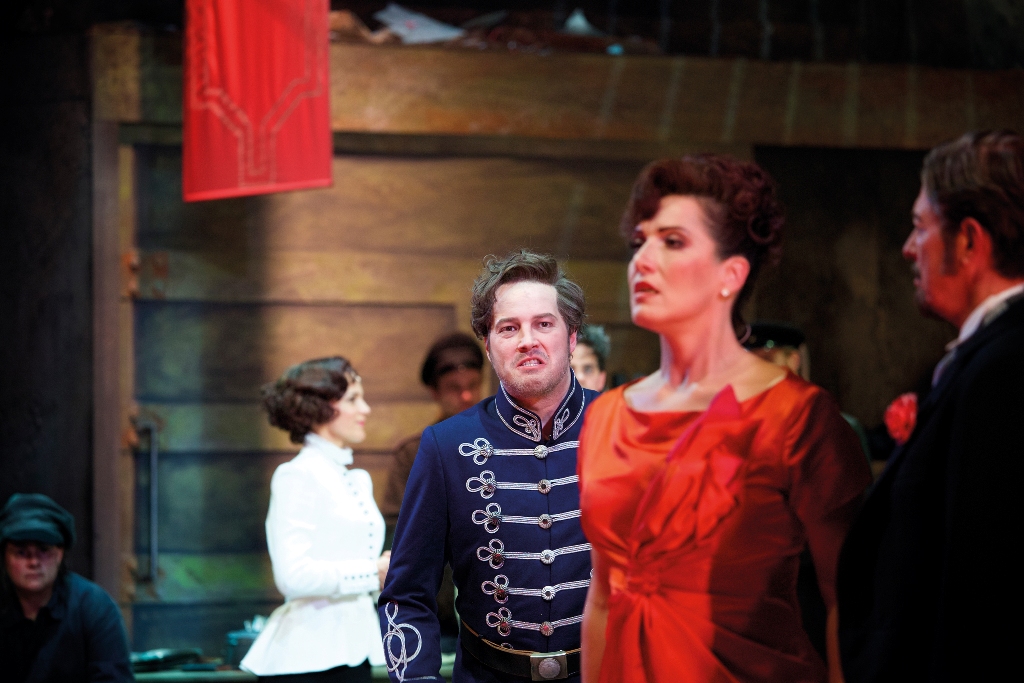 Daniel Prohaska is dashing as Stefan. He is very convincing in his role but one wishes that his voice production was not quite so strained! He gets the high notes, but it always appears an effort!

Erwin Wendegger is given little opportunity as Cunlight, Viktoria’s diplomat husband, but is very competent. Josef Ellers as Janzy, Nadine Zeintl as Lia San, Christoph Filler as Ferry and Katja Reichert as Riquette are all superb: their acting, singing and especially dancing, raise the operetta to a new level of enjoyment/excellence whenever they are onstage. 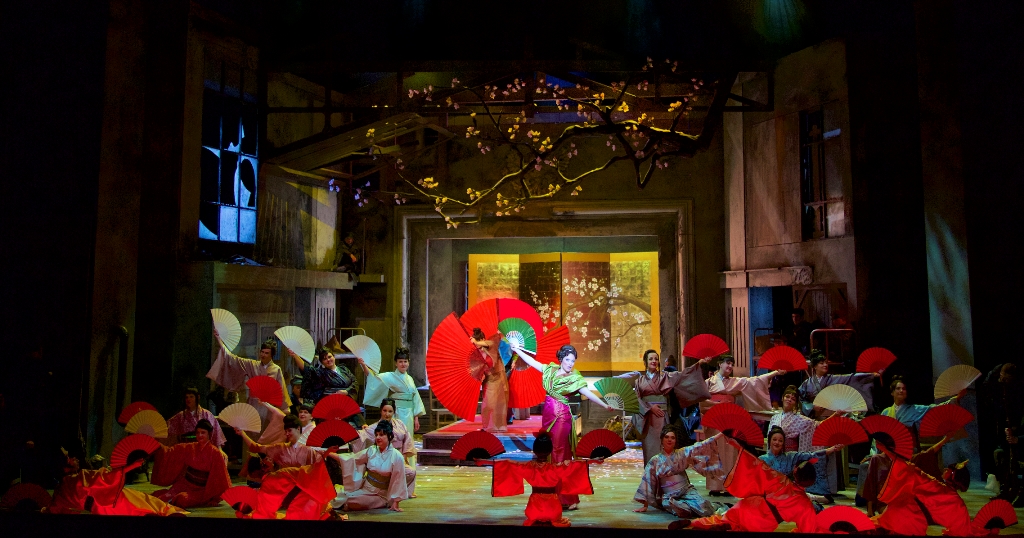 Choreography, by Karl Alfred Schreiner, is, quite simply, stunning and very imaginative throughout, as well as being witty, for example the dance using huge cushions and handstands.

The grey set design constricts the stage area, so that the chorus rarely appears onstage, but sings from the ‘wings’. This in spite of the fact that the Prinzregententheater has a wide proscenium arch and sufficient depth.

Space is also at a premium because of the continuous presence of over twenty guards and prisoners.

The orchestra, as always in Gärtnerplatz productions, is first rate, and musical director Michael Brandstätter knows how to play this sort of music with the requisite style. Both singing and speaking appear to be amplified, which surely should not be necessary? 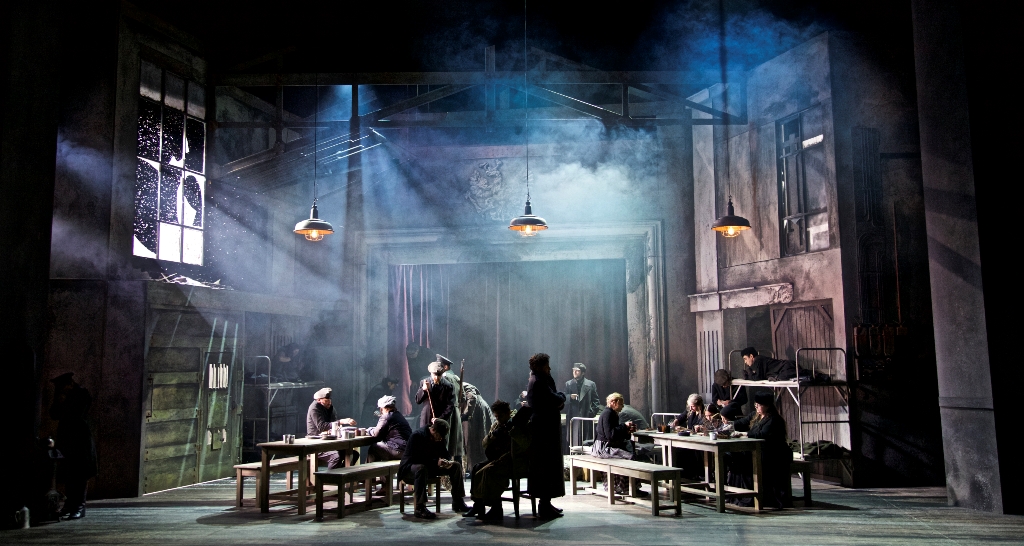 The operetta is played without an interval, lasting 105 minutes. It is only fair to say that the large audience clearly enjoyed the premiere of Viktoria, even if they rarely laughed or smiled during the dialogue, but the company does look as if it needs a permanent home. Unfortunately the ‘new version’ is not an improvement on the original by any means!

By the way, for more new information on Viktoria und ihr Husar, we recommend the upcoming lavish Abraham biography by Karin Meesmann, due in the fall of 2016 at Hentrich & Hentrich.