Here it is: a album of Josh Groban singing musical comedy. The American pop tenor has squeezed 15 famous (and not so famous) numbers onto his disc entitled Stages. And demonstrates an easy-listening charm that many an operetta singer today could benefit from as well. 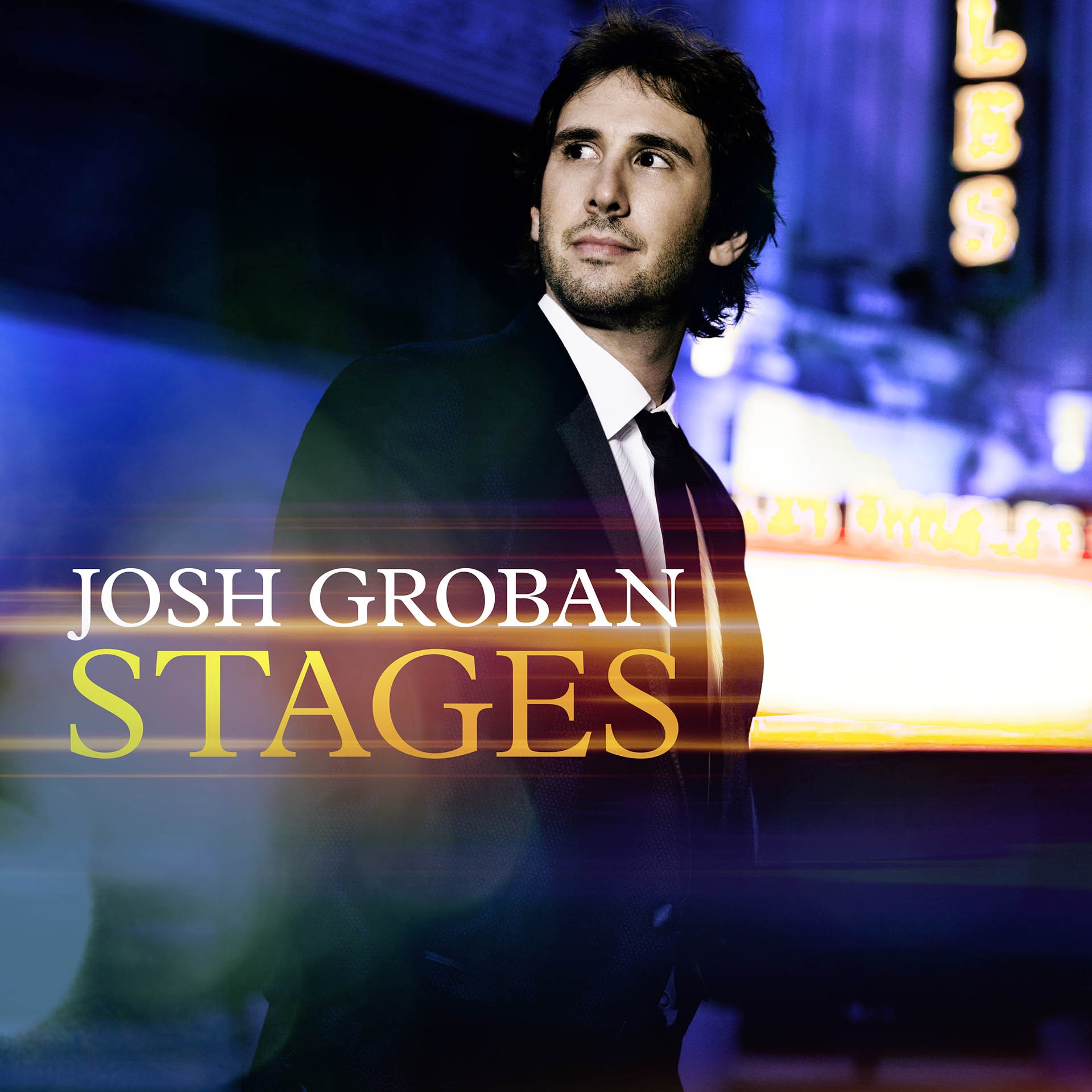 I confess, I have never been a Groban fan. Not that I disliked the singer from Los Angeles, he just never did repertoire that clicked with me. Stages is different. It’s some of the all-time great songs dear to my heart, starting my “Pure Imagination” from Charlie and the Chocolate Factory and moving onwards from there to “What I Did For Love” and “Bring Him Home.” The absolute classics, you might say. With a French number from Notre-Dame de Paris thrown in for diversity.

On the album cover and the video clips that accompany it, Groban can be seen with a hip beard and looking noticeably more manly. He says his voice is also “in a more mature place” today; and truth be told, he manages this over-familiar repertoire with a surprising ease and command. It always stays within the “soft” category, no matter how overpowering the emotions he sings about. But he sounds great – a mix between Andrea Bocelli and other pop people who ventured into “classic” repertoire. Compared with all of them, I find Groban get’s the style right on his own terms. And Stages is fun to listen to, from beginning to end.

It was recorded in Los Angeles and London, it’s well mixed and orchestrated. And it sets an example of how an operetta album today might also sound. Groban has a wide tenor range, articulates the lyrics flawlessly, never tries to produce “opera sounds,” and can sell this type of song on YouTube.

When will there be an operetta equivalent to all of this? Remember Jerry Hadley’s American operetta album Golden Days featuring music by Herbert, Romberg etc.? Where Hadley always staying within the operatic style, Groban demonstrates a more natural vocal approach that would fit the famous US operetta titles perfectly. It would also fit with the 1920s Viennes repertoire in US translations. Just to remind you: the Operetta Archive has released various Kalman tracks from US radio shows of the 1940s. The singing you hear there would be an ideal starting point for someone like Groban to explore further. (And, yes, all those radio programs were rearranged to fit the then current style; with Kalman’s approval!)