So this time round it is going to be: Offenbach. The Komische Oper is dedicating its 2016 operetta festival in February to the founding father of the genre. He might not have written jazz operetta from the Weimar Republic era, Barrie Kosky’s special focus for his programming, but he was Jewish, he was forbidden as “degenerate” during Nazi times, and the craziness of the works still challenges more bourgeoisie sensibilities with their sexually liberated attitude. Some of Offenbach’s most famous and some of his least well-known works will be on offer in Berlin from February 10 to 17. 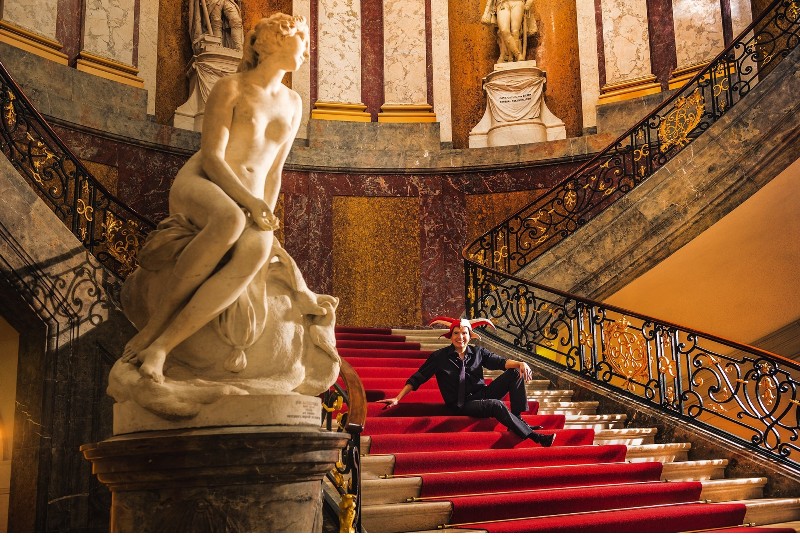 The highlight will certainly be a concert performance (semi-staged) of Offenbach’s Bavarian romp Fantasio. An opéra comique that was recently released on CD by Opera Rara, and was given a colorful staging in Karlsruhe. The Komische Oper claims that we will see a world-premiere with a tenor in the title role. Tansel Akzeybek will sing the hot-headed student Fantasio who falls in love with the beautiful princess Elsbeth. Guiding us through the plot set in Munich – and based on the comedy by Alfred de Musset – is Dominique Horwitz as Master of Ceremonies. The conductor of the production is Titus Engel. There will be two performances, on February 13 and 16. And there will be two illustrious pre-performance talks. On February 13, Boris Kehrmann will discuss the “European History” aspects of this show (“Jacques Offenbachs Fantasio – Eine europäische Geschichte”). Kehrmann was the dramaturg for the successful Karlsruhe staging and is a passionate advocate of the work.

Then, on February 16, Jean-Christoph Keck will talk about this particular tenor-edition performed by the Komische Oper. There is also an after-show talk in the foyer. It will certainly be a great chance to meet the mastermind behind the current Offenbach boom, in person and in Berlin.

Next to performances of the gender-bending Die schöne Helena (La belle Hélène) starring Nicole Chevalier, granddaughter of Maurice Chevalier, plus Offenbach’s “fantastic opera” Les Contes d’Hoffmann (both recent Kosky productions), there is a German language performance of the one-act Salon Pitzelberger/M. Choufleuri restera chez lui le… – in the attractive living-room sets of Helena. This 1861 opéra bouffe about a social upstart and the hilarity that can come with an Italian opera concert will be conducted by Peter Tomek. Uwe Schönbeck will narrate, Sheida Damghani is Ernestine her lover Stanislas (Babylas), the young composer, will be sung by Zoe Kissa as a cross-dress role. Mr. Pitzelberger is taken by Nikola Ivanov. This performance on February 10 at 22.30h will kick of the entire festival – as a late-night special you should not miss. 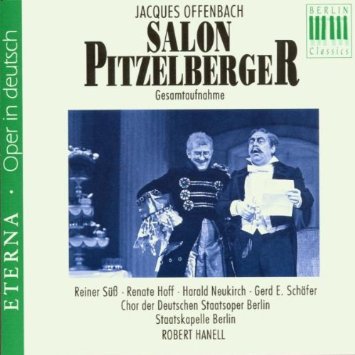 The CD version of “Salong Pitzelberger,” recorded in 1971 in East Germany.

For many, Salon Pitzelberger has a special connection with East Germany because there is such a superb DDR recording of the piece from 1971. This version starring Robert Hanell as conductor and the unsurpassed Reiner Süß as Pitzelberger (with the Staatskapelle Berlin) has been re-released on Berlin Classics. We can only recommend it, as an alternative to the internationally better-known French recording with Manuel Rosenthal and the Orchestre Philharmonique de Monte Carlo, starring Charles Burles and Mady Mesplé as Chrysodule Babylas and Ernestine.

For more information of performance dates and tickets, click here.