Offenbach’s 1857 Vent du soir, ou l’horrible festin is one of his more famous titles in the German speaking theater world. Why? Because Johann Nestroy translated it for Vienna in 1861 and starred in it himself – as the cannibal “Abendwind der Sanfte” who accidently serves up his neighbour’s son as a pie when the neighbouring chief visits. This Nestroy version is the only one of the Austrian master’s many adaptations of Offenbach that has stayed in print to this very day, notably in the popular Reclam series. Now, a “queer” young operetta collective is bringing the show back to Berlin while it’s also currently playing at Theater Hof, southern Germany. 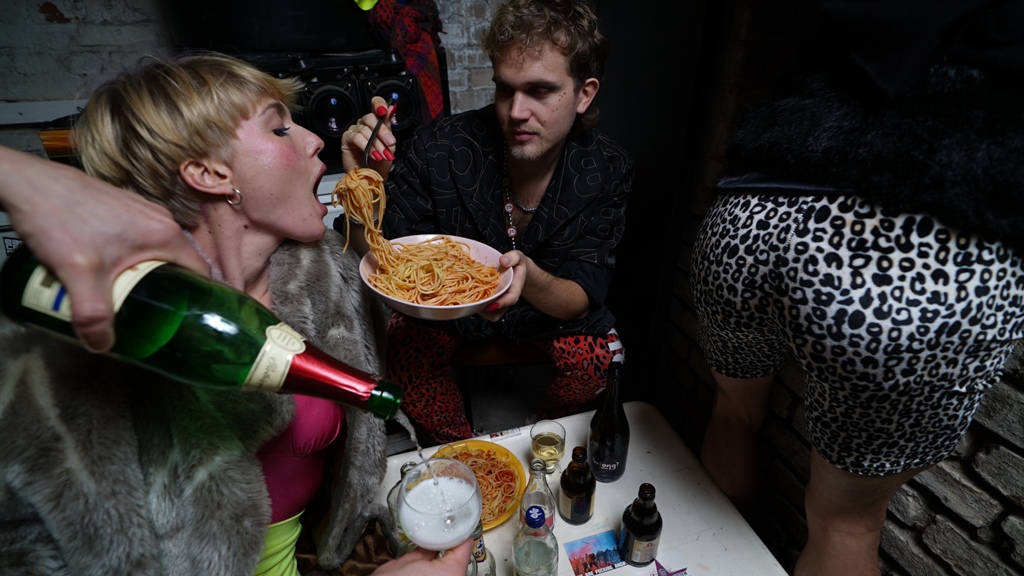 What is Häuptling Abend about? The original version premiered at the Théâtre des Bouffes-Parisiens in Paris on 16 May 1857. It had a libretto by Philippe Gille. Kurt Gänzl writes about the show in his Encyclopedia of the Musical Theatre:

The Parisian coiffeur Arthur (Tayau), who has been shipwrecked on a cannibal island, is served up by chief Vent du Soir (Desiré) as a meal for his neighbour Chief Lapin Courageux (Léonce), in spite of his having a distinct and non-comestible appeal for the Princess Atala (Mlle Garnier). She is fascinated by Arthur’s chiming watch which plays the national hymn of Lapin Courageux’s tribe. There is, of course, a reason for this. Arthur is the Chief’s long absent son, sent off to study hairdressing in London – and Vent du Soir has just served him up to his papa in a pie. Actually, he hasn’t, for although the watch can be heard chiming post-prandially and patriotically in Lapin’s stomach, Arthur has swapped places with the Sacred Bear of the tribe.”

Offenbach’s musical accompaniment to this extravagant tale comprised a fine storm overture and seven numbers – four of which are trios – and a finale, amongst which Atala’s couplets ‘Petit bébé’, Arthur’s couplets ‘Je suis coiffeur’ and the plotworthy national anthem of the Papa-Toutou tribe were the highlights.

Written in the thoroughly ‘bouffe’ style of a Ba-ta-clan, Vent du Soir did not find quite the same kind of success as its crazy predecessor. It nevertheless remained in the Bouffes-Parisiens repertoire for some years, and was introduced to Vienna by Offenbach’s company during their 1861 visit to the Kai-Theater with Desiré repeating his original rôle alongside Lucille Tostée (Atala), Jean Paul (Arthur) and Duvernoy (Lapin Courageux). Johann Nestroy subsequently provided the same theatre with a German version in which he starred alongside Karl Treumann, Louis Grois and Helene Weinberger in one of his last appearances. It did not find the same popularity as his earlier efforts, such as Daphnis und Chloë, and its curiously disappointing career apparently ended there.

Britain got a brief glimpse of the piece when Alice Barth, Theodore Distin, Henry Guy and Fred Russell featured in a handful of performances of The Howling Wind (ad uncredited) at Crystal Palace in 1874. 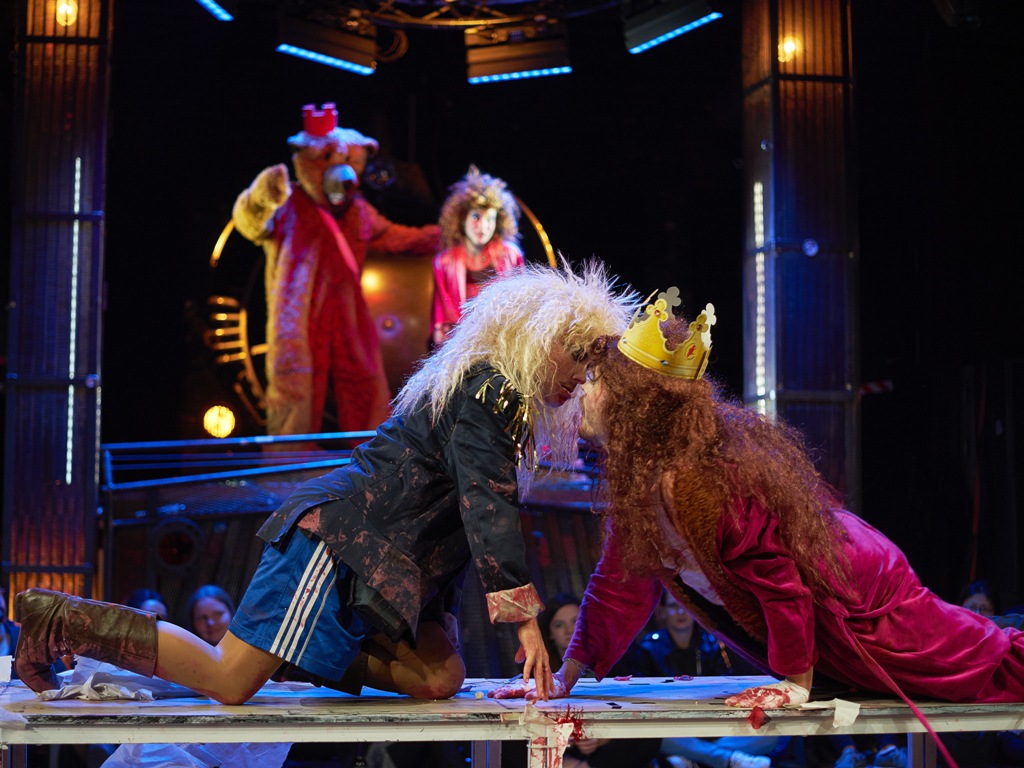 Well, the German language career obviously did not end “there” – and in this day of queering operetta the show about cannibals devouring each other is making a remarkable comeback.

The Berlin company is called tutti d*amore and was co-founded by tenor Ludwig Obst. He will play the title role in the March 2020 performances himself, happening at the Petersburg Art Space. 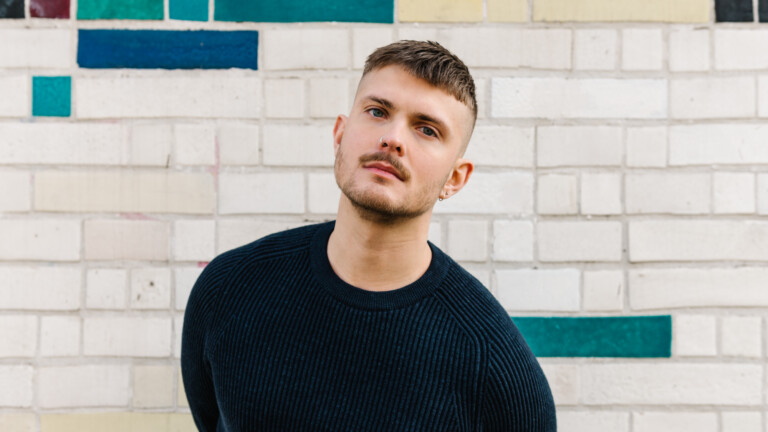 It will be interesting to see how his company’s version of “queer” operetta can compete with productions at Komische Oper by Barrie Kosky or with Geschwister Pfister, at Tipi am Kanzleramt by Bernd Mottl, or at Gorki Theater by Christian Weise. There’s obviously room for more, and more.

In a “manifesto” the new group describes itselves in this way: “tutti d*amore is a Berlin musical theater collective that wants to free operett*as from the image of an art form fallen out of touch with the times. Instead, we want to give real taste back to the genre. We’re a cocktail of professional artists from different areas of music and theater, and we want to move more with this art form than just ourselves on stage. We understand ourselves as a medium that dismantles operett*as, kneads them, and serves them in a crunchy and spicy way.”

The statement continues: “tutti d*amore believes that the genre needs a broad and divers audience for this new recipe. That’s why we will present our productions in unconvcentional and public spaces. tutti d*amore sees itself as a free and democratic form of working and performing together. No, we are not a Germanized pizza restaurant from the late 1990s. We do operett*as. As theater for everyone. For the price of a Hawaiian pizza.” 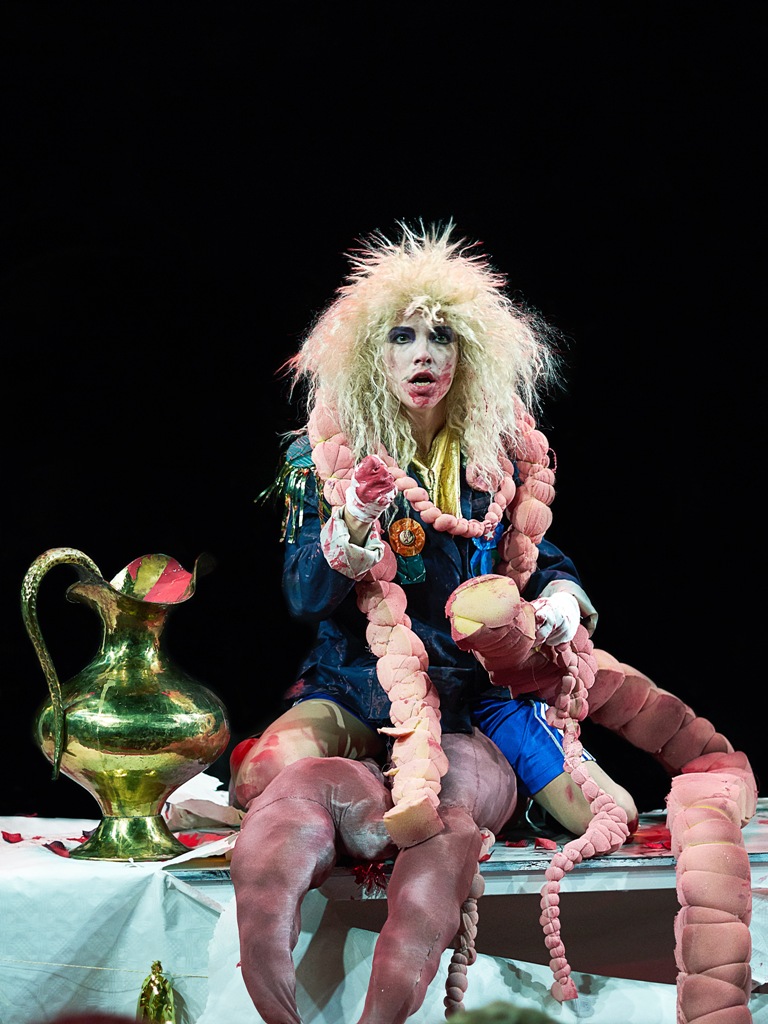 At Theater Hof the Häuptling Abendwind staging is by Jasmin Sarah Zamani and uses a reduced orchestration, with the chorus singing the missing orchestral parts. Musical direction: Michael Falk. 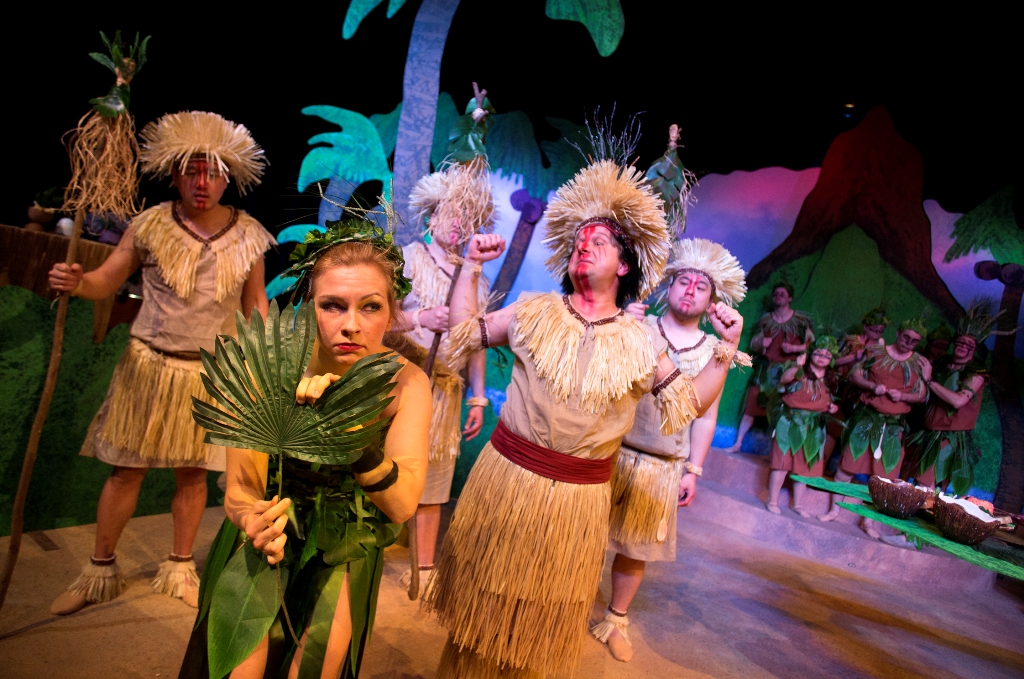 The photos look like that staging might spark a big debate about cultural appropriation, not to mention brown facing. Or racism. (Click here for the photo selection.) But all of these elements are central elements of Offenbach’s 19th century musical theater and have historic importance, which the Hof production laudably puts in the foreground. (Unlike the Berlin version which seems more updated and neutral on these points.) 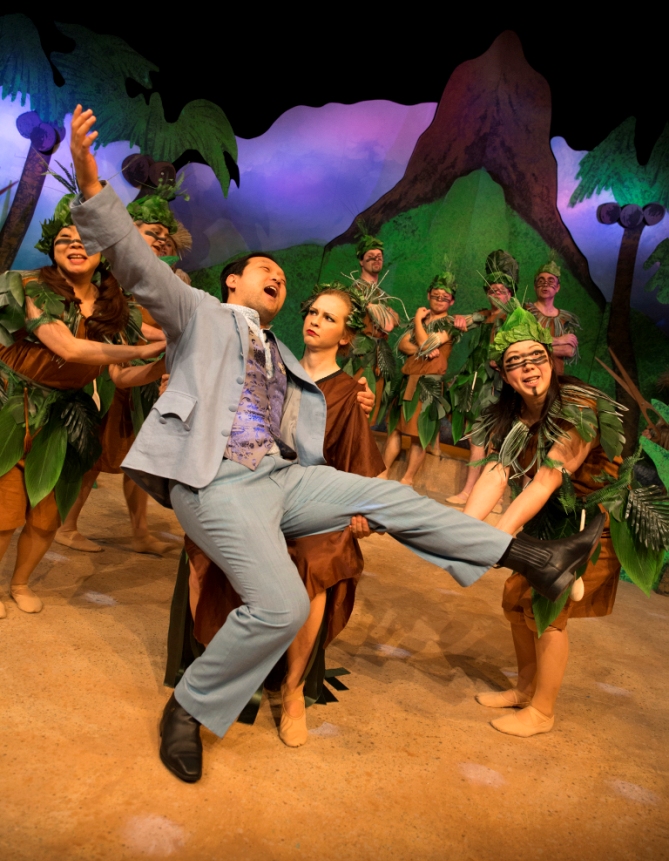 So there will be lots to talk about. The original subtitle for the Nestroy production in Vienna was this, by the way: “Indianische Faschings-Burleske.” (For more information on Nestroy’s Viennese Offenbach adaptation, especially the famous Orpheus in der Unterwelt, click here.) 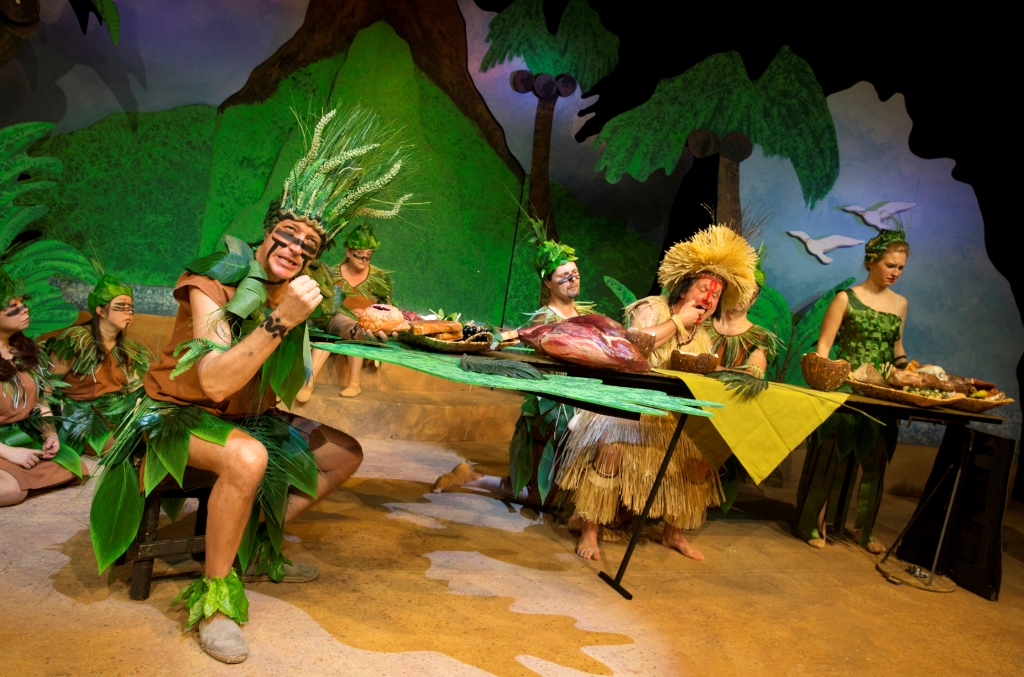 For more information on the Theater Hof production, click here.