In 2021, the “bittersweet musical romance” The Pleasure Garden premiered at the Above the Stag theater in London. It’s a show about various illicit affairs that blossom in and around a Victorian London park: the Vauxhall Pleasure Gardens. 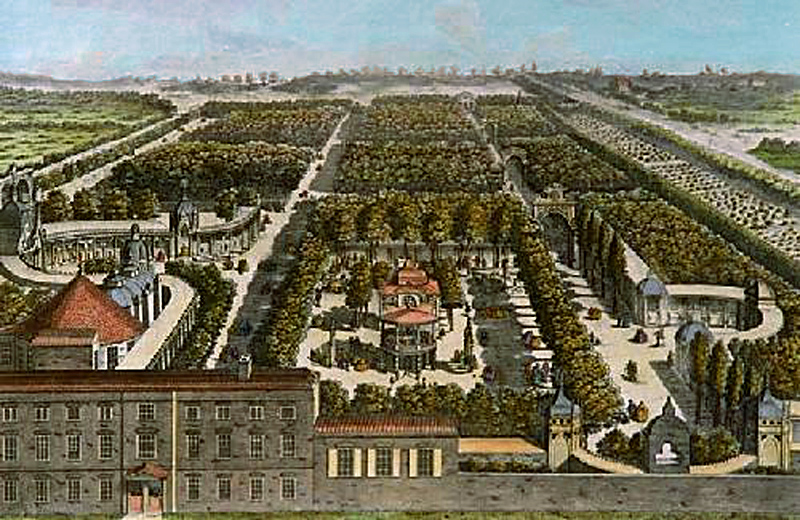 The Vauxhall Gardens in the mid-18th century.

The newspaper The Guardian wrote about the show: “Among the thrill-seekers is Ralph, a top-hatted clerk making goo-goo eyes at the winsome gardener, Tom, who has also attracted the attention of the lecherous Lord Roger. Lady Maude is tiring of her husband’s appetites: ‘Oh Roger, give up sodomy,’ she sighs, shortly before he launches into ‘Can a Man Help Being a Sod?’”

The musical was written by Glenn Chandler with a score by Charles Miller, Fenton Gray staged the world premiere.

In the meantime, an original cast album has been released by Jay Records (for more information click here). And the show itself has become another landmark of musicals dealing with queer history, like Yank (about a love story between to US soldiers in WW2), or Upstairs (about the 1973 arson fire at the Up Stairs Lounge in New Orleans that killed 32 people, nearly all of them gay men), or Thrill Me (about the infamous Leopold & Loeb Story). 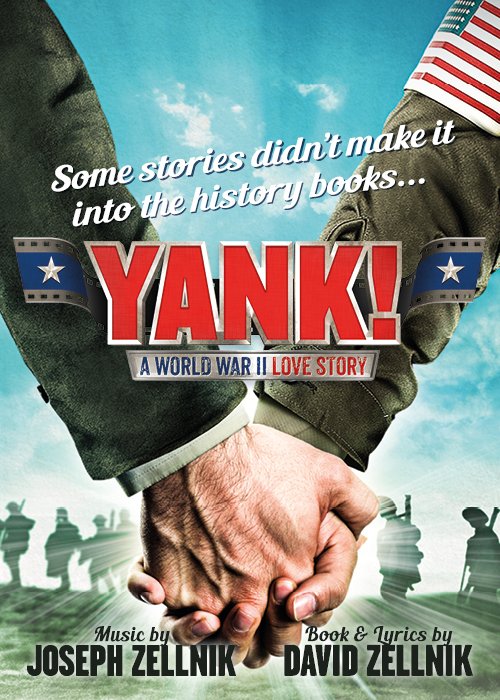 Poster for the production of “Yank!” at the Charing Cross Theatre, London.

However, The Pleasure Garden goes further back in time and wants to show that LGBT people have been there much earlier – even if they had to hide and stay out of the public eye.

We spoke with Glenn Chandlers and got some additional answers from Charles Miller on musical questions.

Many people consider LGBT history something modern, something that doesn’t extend back too far. Some see the Stonewall Riots of 1969 as the starting point of contemporary queer history, in the UK the changing of the law in 1967 is often cited as a turning point. Yet in your show you tell an LGBT story that’s set in the mid-19th century in London. Why did you want to go so far back – for today’s audiences?

The theatre was on the very site of The Pleasure Garden, which closed in the 1850s, so that was the latest era in which to set the play. We could have gone much further back, into the Regency period, for instance. But I was attracted to a story about the characters who frequented it in its last days, what it meant to them, and how they coped with its passing.

Vauxhall is an ever-changing place, even now the old is being swept away and skyscrapers are taking over the skyline, with Arab billionaires and rich Russians occupying expensive penthouses. And an LGBT story set in mid-Victorian London was so tempting to do. The phrase didn’t exist of course, but men did have sex with men, and some formed relationships and fell in love. It’s important to remind today’s audiences and particularly young people that it’s nothing new. And the Victorians enjoyed pornography just as much. It just wasn’t so obvious.

TV representations of past periods reflect manners and changing attitudes but beyond the crinoline there were thousands of illegitimate children being born and abandoned. I am a genealogist in my other life and have traced my own family, through many documents, back to the 16th century. I think nowadays people are much more aware of the documents that are available in archives, only a small proportion of which are online. I’m all for more stories from the past being turned into musicals and plays and movies. The past is another country, and we all like to go abroad! 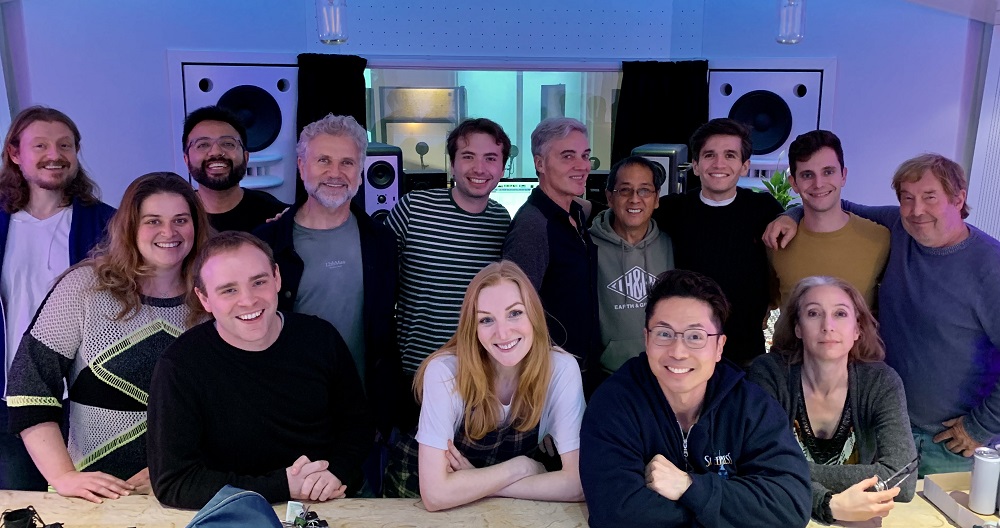 The cast and creators of “The Pleasure Garden” in the recording studio. (Photo: Jay Records)

You present various queer characters: a gardener, a clerk, an aristocratic couple, two characters one could describe as “trans”… Isn’t that a bit much, for one show? Or differently put: why this abundance of LGBT characters in one musical, and not just the “odd” LGBT character embedded in a bigger picture?

A bit much? Not a bit! The Pleasure Garden set out to be a show about the various gay characters who haunted the gardens (and the bushes and darker corners were very popular with many of them for clandestine encounters). The Princess was based on an actual person. Many aristocrats lusted after working class youths who admittedly tended to know their place more. Captain Antrobus, really a woman, masquerading as a man to join the army, was based on a real person. There are many stories about women masquerading as men.

I wanted to present a cross-section of gay characters and those others who inhabited their world. In the actual Pleasure Garden the classes were thrown together, it was an attempt to teach the lower classes how to behave and it was hoped they would emulate their ‘betters’. There were no toilets, so when a Lord and a butcher’s boy wanted to relieve themselves, they both had to go into the same bushes! This was unashamedly a show about the classes mixing. In class conscious Victorian England, Lord Lovelock’s greatest sin would not be the fact he lusted after a young gardener, but that he went with some of a different class. 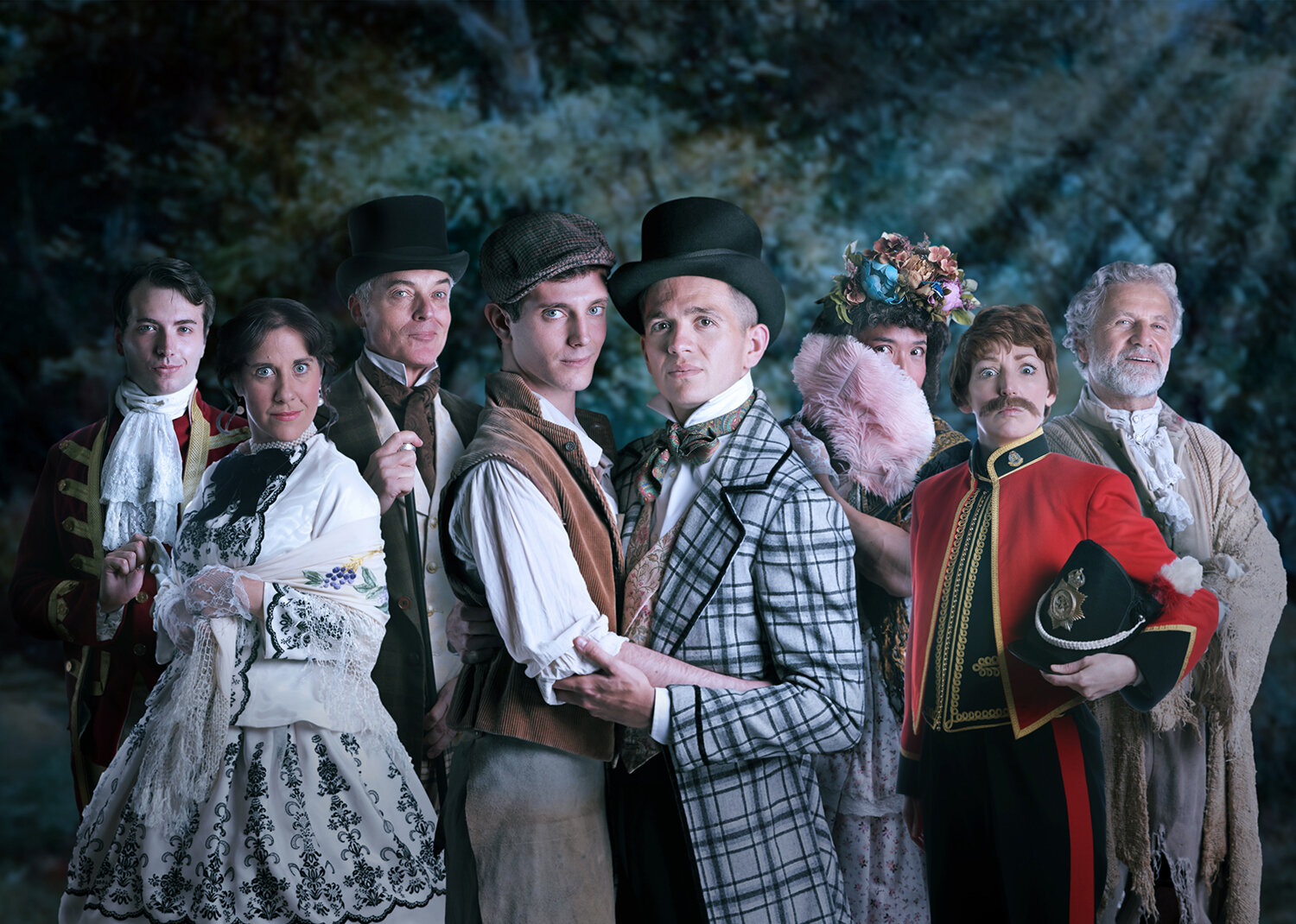 Promo photo for the musical “The Pleasure Garden” with the original London cast. (Photo: abovethestag.org.uk)

Well, as I said, the Pleasure Garden was unashamedly a story about a whole cross-section of gay characters. It had never been done before and so I believe was unique. There were no ’token’ gays as in other shows.

As your show demonstrates, there have been queer people in the past, yet for them to arrive as characters in a musical – in the West End and on Broadway – took a long time; even after laws were changed and censorship stopped. Why did things take so long? Was there no audience? Were producers unsure? Were there no venues to try out something queer?

There were and are audiences as we have proved. It took an LGBT theatre like Above The Stag to broaden the appeal of LGBT shows. It built a huge and faithful following, and I myself have transferred numerous shows there from the Edinburgh Fringe. The producers were no longer unsure because they knew they had an audience. Okay, it was very London-centric and wouldn’t work anywhere else other than a big city such as London or Manchester. And don’t think that just gay people come to see gay shows – we appeal to a broad spectrum of theatregoers. Yes, it did take a long time, but it happened.

In the recent Oxford Handbook of the British Musical, an essay describes the shows of Sandy Wilson and Julian Slade as LGBT. Do you see The Pleasure Garden in the tradition of Wilson and Slade?

No, I see The Pleasure Garden in the tradition of Charles Miller and Glenn Chandler! 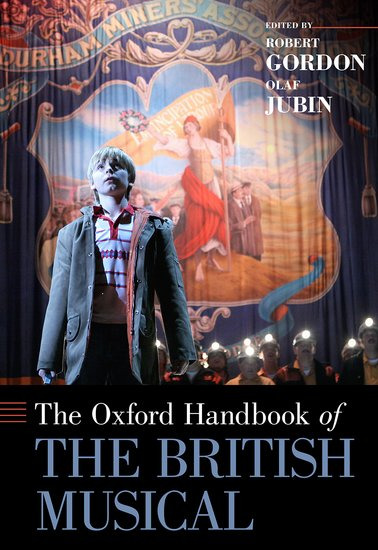 Does an LGBT musical have a different sound? Does it require an individual “tone” – or is the LGBT element merely a question of lyrics and characters?

I don’t know about other LGBT musicals but we took much of our inspiration from music hall, which as it happened was drawing visitors away from the pleasure gardens. Why go out of London into the suburbs if you could pop down the road to a music hall? Every show finds its own tone, it isn’t generic.

Though your show takes a mostly loving and even nostalgic look at the past – it ends with some of the characters being executed for being what they are: not hetero-normative. Why did you want to emphasize this tragic side of history in your otherwise easy-going show?

Because that’s life. You love, you lose, you die. Tragedy is part of life. In the 1850s you could be hanged for the offence. At the time the musical is set, thousands of young men were dying in the wintry wastes of the Crimea in a dreadful war against Russia. It was necessary to emphasise that this was no gay fairy tale. Tom comes back from the war minus an arm but ends up in the job he dreams about, working on a large estate.

Captain Antrobus achieves her ambition, fights in a war, and dies for her country, even though her country does not acknowledge that a woman can hold or fire a gun. And the Princess pays the ultimate price. There is a happy ending, but life can’t just be happy endings. That’s good drama.

Before the cast album arrived, now, you performed The Pleasure Garden in London. What kind of reactions did you get from the audience? How would you describe the audience that came and was interested in the show, the story, and the score?

Audiences were ecstatic and loved the show. They had never seen anything like it. It looked more like a west end show than one in a fringe or an off-west-end theatre. Production values were not compromised. And as I said before, they were not just gay audiences. They were a cross-section of people who loved theatre, and musicals, and they lapped up the uniqueness of the event that was The Pleasure Garden. 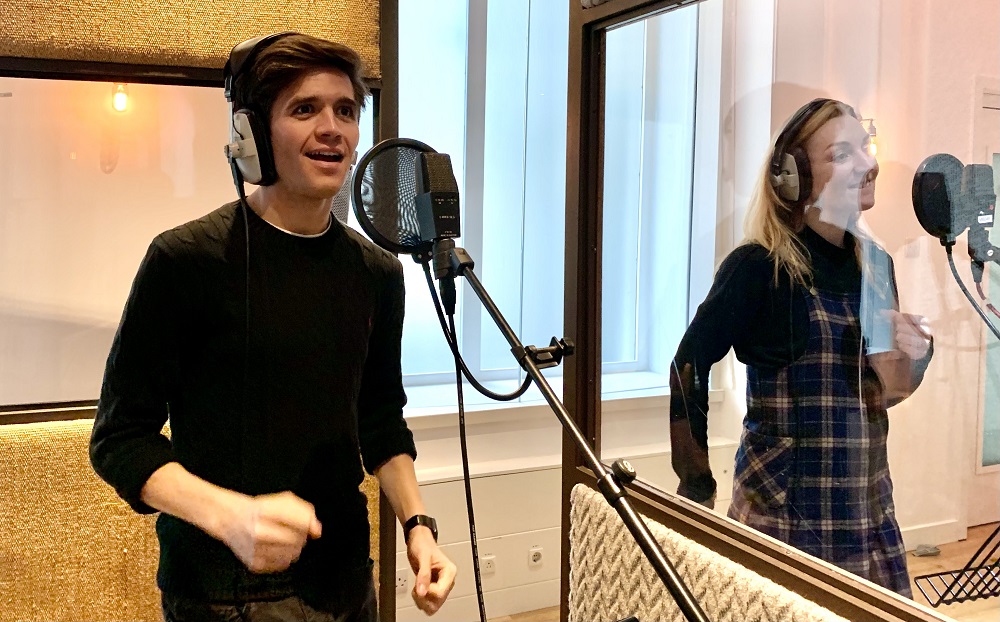 What will happen next? Will there be more productions? Will there be a film version? Will you take The Pleasure Garden across the country or abroad? Do you think audiences outside of the UK could be interested in this very British tale?

We hope there will be another production, and the thought of a film version is lovely! But film costs a lot more than theatre, so we shall have to see. I think they would love it in America. New York and San Francisco, but perhaps not Tennessee!

Your show arrived at the same time the first National LGBT History Museum opened its doors in London. When I went to see the museum this summer there were hordes of young visitors. Do you think a younger generation hungers for more distant history? Seeing lives of people from completely different centuries? And why would they care about the past that seems so unrelated to their present-day situation of total liberty and acceptance?

Do you have a favorite LGBT musical yourself (other than The Pleasure Garden)?

For more details on the cast album on Jay Records, click here.