Yes, it’s memorial time. You’ll remember that 2014 is the 100th anniversary of the start of World War 1. There are exhibitions everywhere, from the Deutsche Historische Museum in Berlin and the Militärhistorische Museum Dresden to the National Portrait Gallery in London. 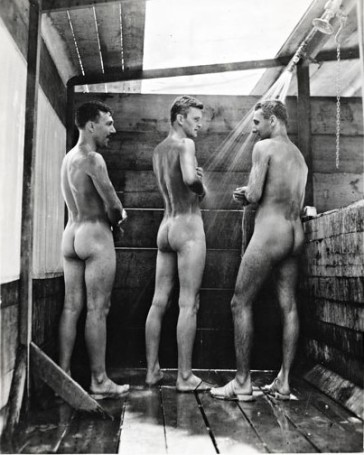 Shower scene from the book “My Buddy”. (Photo: Taschen).

Obviously, a mega-event such as WW1 also had a deep impact in European operetta composers who wrote many patriotic shows celebrating the Great War, shows they were sometimes later ashamed of. One of the internationally most successful shows from that sub-genre is Emmerich Kálmán`s Gold gab ich für Eisen, a tear jerking tale of a young soldier who visits the (blind) mother of his dead best buddy to inform her of her loss – and ends up as her new substitute son. The operetta, which was a re-write of the earlier Kálmán show Az Obsitos/Der gute Kamerad (1911), was a smash hit in Vienna in 1914, in Berlin in 1915, in Prague and London, but especially in New York where it was entitled Her Soldier’s Boy, produced by the Shubert Brothers in 1916.

This touching tale of a Soldier’s Boy was revived after decades of neglect by the Ohio Light Opera in 2005, as A Soldier’s Promise, with Joshua Kohl in the title role. There’s even a DVD and a CD of that production, released by our friends at the Operetta Archive in LA.

Strangely enough, though WW1 is a topic many people are busy with right now, there are no performances of Her Soldier’s Boy/Der gute Kamerad scheduled anywhere, which is a bit of a wasted opportunity. Because it is not just a historically interesting show, but also a chance to present some attractive young singers in even more attractive uniforms. 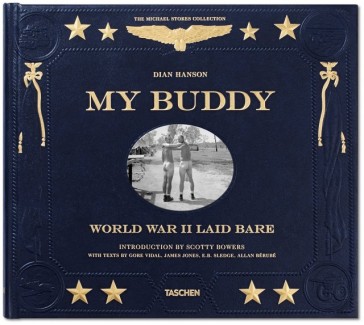 Cover of the book “My Buddy”, edited by Diane Hanson.

The potential of men in uniform has just been milked to the max by editor Dian Hanson in her new book My Buddy which presents photographs of WW2 soldiers in army settings, yet mostly out of uniform. If you ever wondered how visually thrilling a show with soldiers can be, look no further than this Taschen publication, packaged as an old fashioned photo album with a golden rim.

Sadly, the production in Ohio was nowhere near as arousing (or amusing) as Hanson’s My Buddy.

And even though the soldier’s shown by Hanson are from the 1940s, and not the 1910s, the general feeling for male bonding – so central to Her Soldier’s Boy – is captured to perfection in those later images taken from the Michael Stokes Collection. 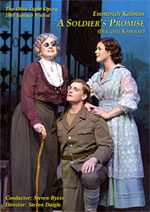 The DVD cover of “A Soldier’s Promise”, from Ohio.

It’s a shame that most operetta companies are so “stuffy” or “prudish” in their approach to the genre that they would never dream of showing an operetta à la My Buddy, even when they choose titles such as this Kálmán show. Maybe the Kálmán heirs should send out Diane Hanson’s book, together with a CD copy from Ohio, to every theatre in Europe and alert them all to the fact that this is what Der gute Kamerad could look like? They might as well start with sending a first copy to Barrie Kosky at the Komische Oper Berlin who has an undeniable weakness for pumped up nude guys on his operetta stage. And those bodies have brought in a substantial amount of visitors, over the last few years. 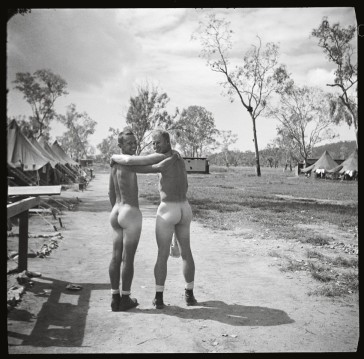 Two WW2 soldiers presenting a “rear view”, in “My Buddy” (Taschen). And, yes, operettas could and should look like this too!

It’s unlikely that Der gute Kamerad will come out anywhere in 2014. But the memorial period for WW1 will last till 2018, so there is time for a revival of the show during the next few years. Till then, you might put on the DVD or CD from Ohio, listen to the music and browse through My Buddy. It’s a worthwhile exercise, let me assure you. You’ll enjoy the Kálmán show like you have not done before!