It is one man’s enthusiasm that made this possible: the hotel owner Jürgen Haase from Neustrelitz – a picturesque town north of Berlin – decided to create his own operetta exhibition to coincide with the new production of Im weißen Rössl at the city’s open-air summer festival. He cleared his basement of his Hotel Schlossgarten, and brought together an impressive selection of photos, books, programs and records to illustrate the life of Rössl creator Erik Charell. 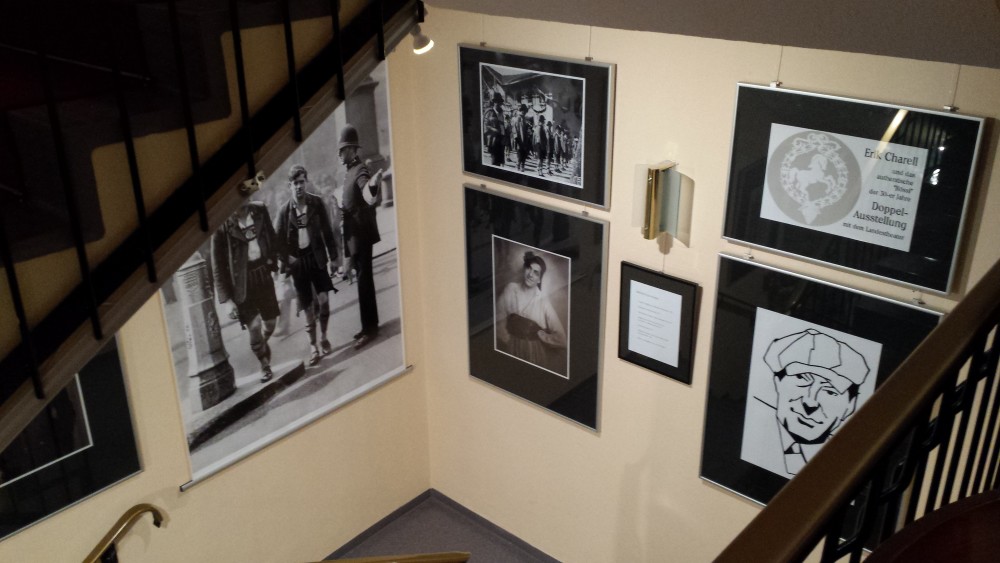 The Erik Charell exhibition on Neustrelitz, in Jürgen Hasse’s hotel.

As you’ll recall, Charell got his first big museum exhibition six years ago at the Schwules Museum* in Berlin, which honored the gay operetta producer with a successful show. Mr. Haase contacted the museum and managed to secure their help for his project. He received many objects from Berlin, also from the Operetta Research Center which was the driving force behind the original Berlin exhibition, but he also started gathering his own material. The truly staggering documents and objects he found are now on display in Neustrelitz and can best be visited before performances of Im weißen Rössl. 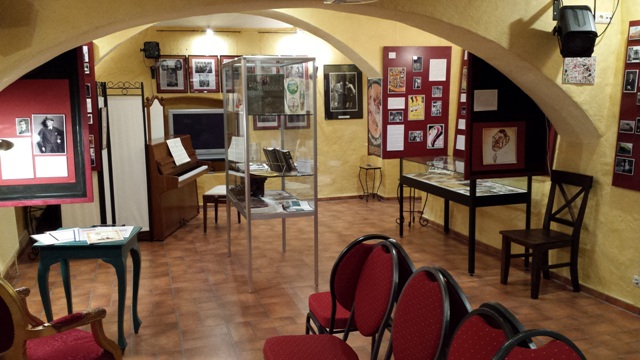 The lower part of the Erik Charell exhibition in Neustrelitz. 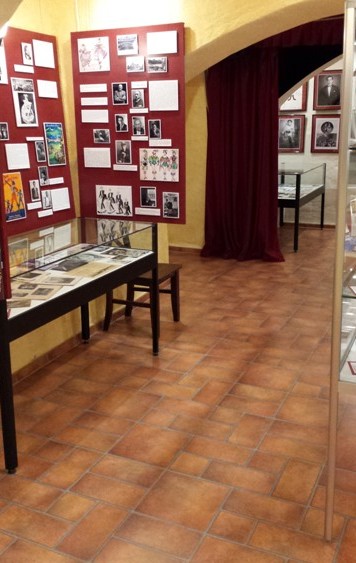 Parallel to this hotel exhibition focusing on Charell, there is a second Rössl exhibition to be seen in town. The local theater will open its foyer before the out-door performances of White Horse Inn and present documents on the various historic stations of Rössl: Berlin, London, Vienna, Paris, New York, Munich. Both exhibitions are free of charge and worth seeing. 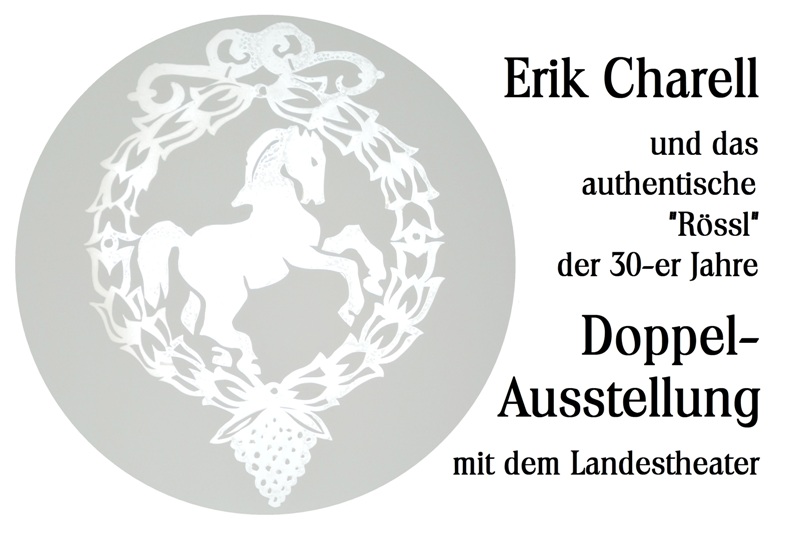 Poster for the double exhibition in Neustrelitz.

There is a pretty high chance that they’ll be far more interesting than the new staging by Wolfgang Lachnitt. It premieres on July 8 and runs all the way through to 31 July. 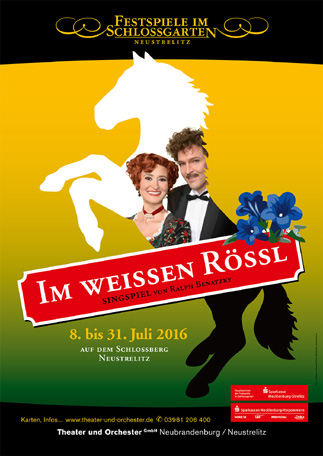 Poster for the 2016 “Im weißen Rössl” in Neustrelitz.

For performance dates and tickets, click here. The address of the hotel is: