Can this really be happening, is Arthaus-Unitel seriously re-issuing all of these old TV operetta adaptations from the early 1970s that were stylistically questionable back in the day, and that are almost an insult to the genre today? The answer is, yes, Arthaus-Unitel has put a whole pile of DVDs on the market, trying to lure operetta fans with big names and rare titles; and a promise of nostalgia. That seems to be everywhere these days… from Trump’s America, where voters long for the “good old days” of white supremacy. To AfD voters in Germany dreaming of a security and stability that never was. 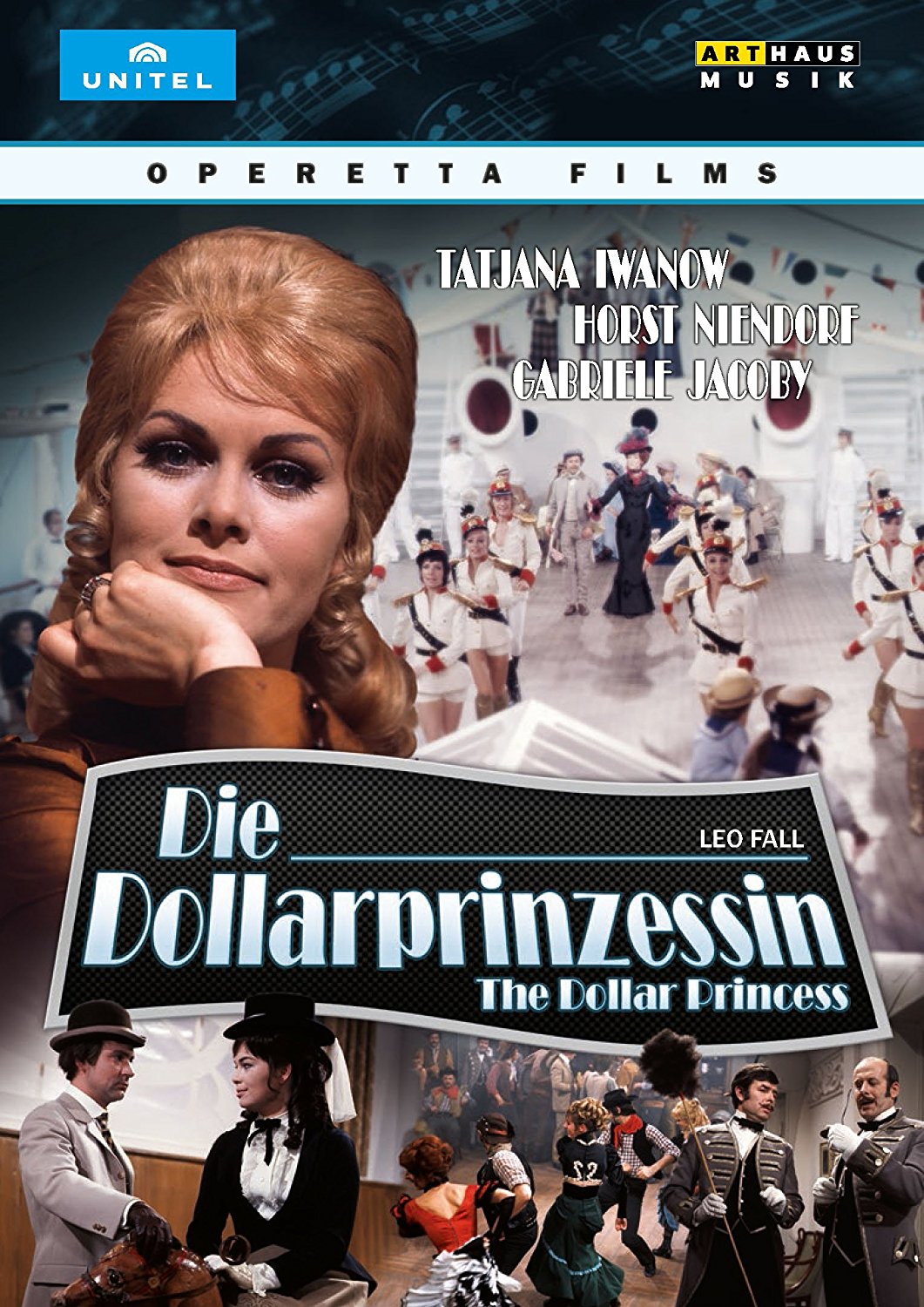 There are 19 DVDs altogether, some of them familiar for earlier re-releases, some with a touch of “novelty.” For example Leo Fall’s Die Dollarprinzessin with Tatjana Iwanow, Gabriele Jacoby and Horst Niendorf. The Symphonieorcherster Kurt Graunke performs bizarre re-arrangements of the music that sound trashy in the worst possible way. The same might be said about the visuals: they were intended for TV viewing, for an audience at home, eating snacks and drinking beer or wine, wanting relaxation and easy fun.

I admit, there are certain 1970s trash products that have great charm and that can make me sit down any night of the week to re-live the fun.

But these operetta films are not fun experiences, because they continue the ideological process of turning operetta into a banal genre intended to politically relax the working classes and clear their brains of all critical thinking by presenting an “escapist” world of utter nonsense – without the wit or bravado of nonsense classics such as Monty Python or others. It’s a process initiated by the National Socialists in Germany in 1933, and it’s frightening to see how long it continued after the end of WW2. And it’s even more frightening that the managers of Arthaus-Unitel think it’s worth re-issuing all of these products today!

Another DVD that promises a “rare” work is Der Opernball with Harald Serafin, Helen Mané and Maria Tiboldi, Willy Mattes conducts (as he also does on the many EMI recordings with Anneliese Rothenberger, made roughly at the same time). Serafin, years before he became the intendant of the Mörbisch festival, presents exactly the type of operetta that he later presented in Mörbisch, and which many still want to see there, almost 50 years after these film versions. As if audiences in Austria’s Burgenland had all eaten of the infamous “member berries” that South Park introduced to explain the current political backlash in the US. (While these member berries remembered the Eighties, these DVDs take you back to a decade earlier…. it’s up to you to decide what’s worse in this context.)

There’s also a Zirkusprinzessin with Ingeborg Hallstein and Rudolf Schock, sporting gloriously brown hair and a glitzy outfit that no one of that age and physical stature should wear, unless they want to look like Liberace. TV show star Peter Frankenfeld is part of the “joy ride,” to make TV viewers of yonder feel even more at home.

The Graf von Luxemburg offers Eberhard Wächter and Lilian Sukis. And for all those who cannot get enough of this, there’s more Lehár and Kálmán (Zigeunerliebe with Janet Perry, Paganini with Antonio Theba, Dagmar Koller, Johannes Heesters and lots of chandeliers, Csardasfürstin etc.)

It seems that every time the genre operetta is experiencing a revival – that overcomes the memory of these post-Fascist aesthetics – someone somewhere remembers old film versions that have been unsellable for decades and re-issues them, probably in an attempt to make a few extra Euros out of them –  (hopefully) not because of any underlying political ideology. It happened some years ago with Deutsche Grammophon flooding the market with their DVD releases, and it happens now with Arthaus. Also, it happens on a grand scale: these piles of DVDs will be seen everywhere.

Whereas DVD versions of groundbreaking new productions such as Fall’s Perlen der Cleopatra or Straus’s Eine Frau, die weiß was sie will at the Komische Oper Berlin or Lincke’s Frau Luna at the Tipi Zelt am Kanzleramt or even Offenbach’s Genevieve de Brabant from Montpellier are nowhere in sight. Sadly. (Did we already mention Abraham’s Ball im Savoy, which was gloriously filmed for television, with Dagmar Manzel, Katharine Mehrling and Agnes Zwierko, Adam Benzwi conducting, never released on DVD. Neither was there a film version of Dostal’s Clivia with Christoph Marti, Tobias Bonn and Stefan Kurt.)

To tell the truth: it would be wonderful to have these old TV films re-released if they were part of a greater parcel, allowing for comparisons with new productions and maybe even the many truly old film versions, such as Blume von Hawaii with Marta Eggerth et al. But all of these other films are not made available, and operetta fans young and old are stuck with this exclusive slice of performance history – which could lead many to turn their back on the genre again.

And that would be a shame. For which Arthaus-Unitel need to be held accountable, somehow. The DVDs are being distributed by Naxos. And at 20+ Euro each, they are placed in the high-end segment of the classical music market.