Benatzky’s 1930 hit Meine Schwester und ich in a new Wien Volksoper production is totally delightful and enchantingly charming. More akin to the Princess Theatre shows of Jerome Kern, Guy Bolton and P. G. Wodehouse than to the expansive revue operetta Im Weißen Rössl, also 1930, it is based on a French farce by Georges Barr and Louis Verneuil, first seen in 1928. 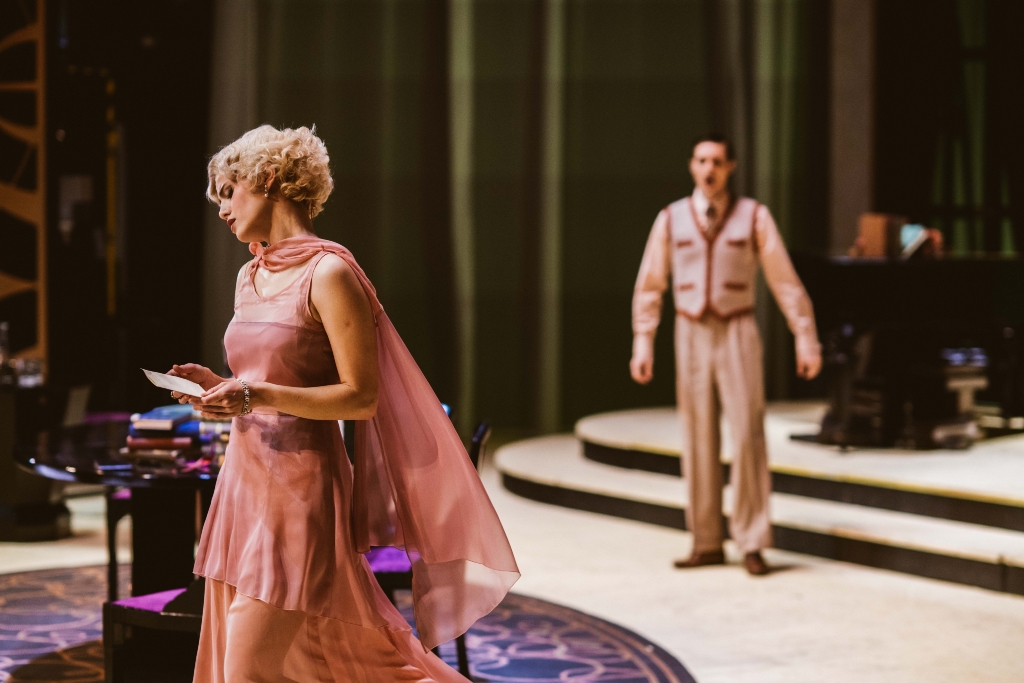 Benatzky’s ‘musical comedy’ has  a cast of eight, plus, at the Volksoper, an all-singing, all-dancing troupe of four boys and four girls, unfortunately unnamed in the program, who also play all the minor and non-speaking roles such as the plethora of maids and waiters needed. It was first seen in Berlin in 1930 where it was a great success, which was repeated all over Europe and the USA, until it was eventually filmed in 1954 and then quietly forgotten!

The plot concerns Fleuriot, a professor who has been hired to catalogue Princess Dolly’s library – she being a wealthy aristocrat who is in unrequited love with poor Fleuriot, as he considers her too high above his station in life to seriously consider a relationship. In fact his library job is taking much longer than he thought because Dolly stays up every night undoing all the cataloguing that he has completed during the day, attempting to get him to stay longer. 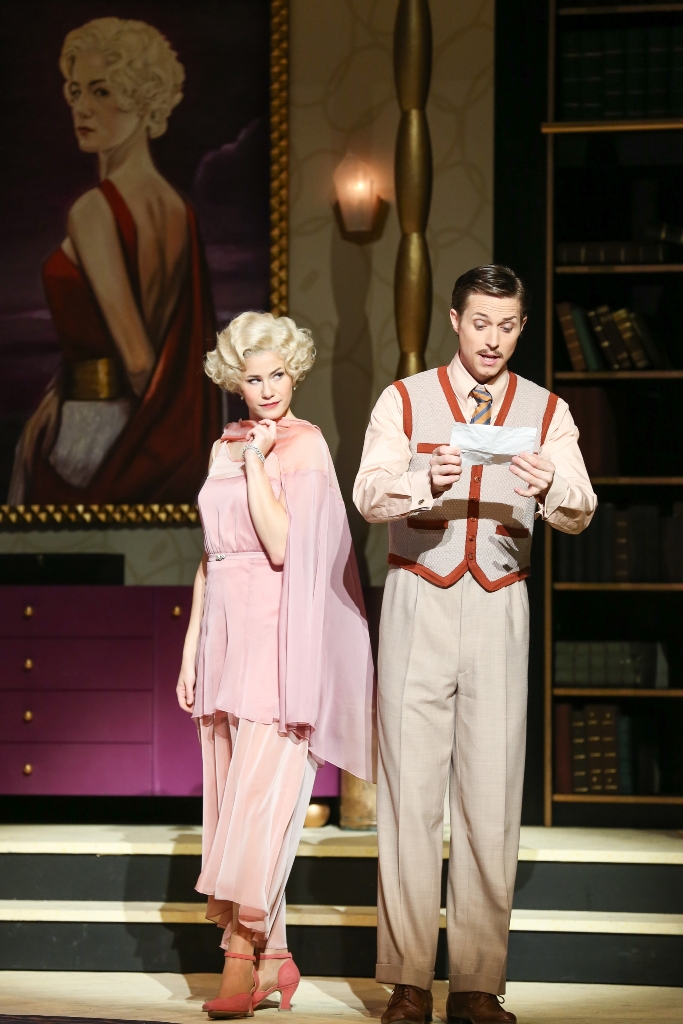 Lukas Perman as Dr. Roger Fleuriot finding out about his new job in Nancy, with Lisa Habermann as Dolly scheming to get him to overcome his fear of her. (Photo: Jenni Koller/Volksoper Wien)

But he has a new job at the University of Nancy, so Dolly determines that she, too, will move to Nancy disguised as her non-existent sister Genevieve who works in a shoe shop and contrives it so that Fleuriot will meet her and falls in love with a working class girl not too high above his station. He does fall in love, and they marry. But once he discovers who she really is, he files for divorce. Because his male – or patriarchal – honor is sullied. He believes. Till he finds out, in front of a judge, that such thinking is nonsense and that a strong and rich woman can be a wonderful wife to a poor and loving husband. They decide to stay together in a belated happy ending! 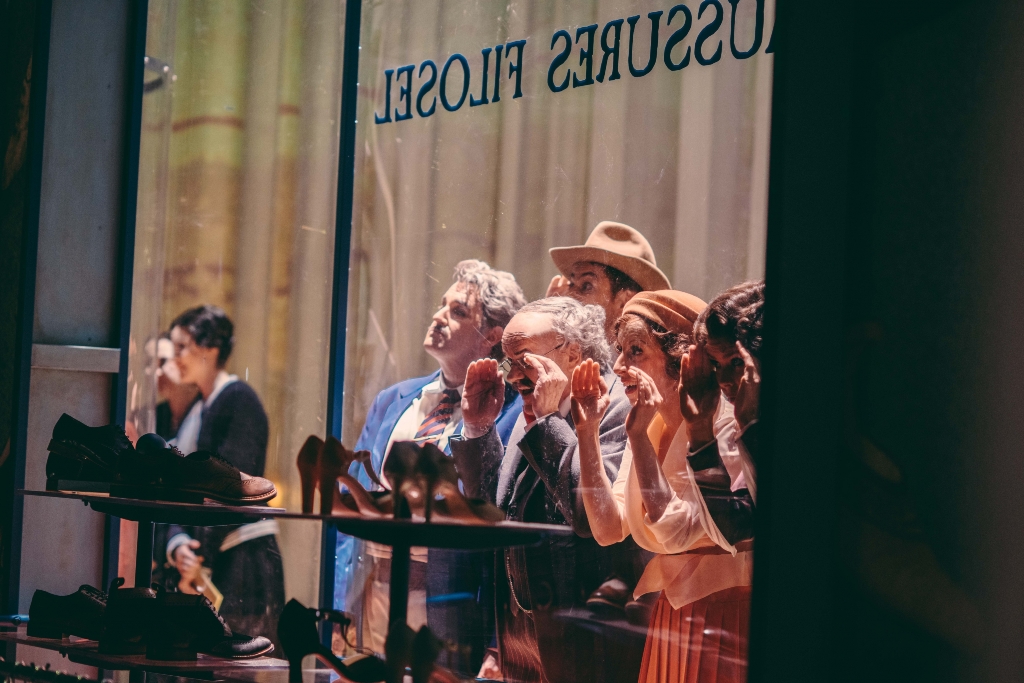 Lukas Perman is the unfortunate Fleuriot with a lovely light high baritone and dancing skills. The highlight of his performance is the soliloquy he is given near the end of the show, when he hilariously describes to the divorce judge his ‘appalling’ life since he has got married: having to play golf, never being alone with his wife except when she is in bed at night, her multi-million dollar face and hands covered with expensive creams and her hair in curlers. The dialogue may have been written by Benatzky and Blum 90 years ago but it is still very funny, English (American!) audience members having the benefit of excellent supertitles.

Lisa Habermann is Dolly/Genevieve. She, too, is superb (that word again!), not only in her singing (a gorgeous tango in Act One: “Mein Freund”) and in her dancing, but also in her acting. Yet another highly amusing ten minutes occur near the start of Act Two when, serving her first customer (Georg Wacks) in the shoe shop and having no idea about anything, she manages to sell him two right foot shoes, one brown, one black, in which he walks, happily, out of the shop! 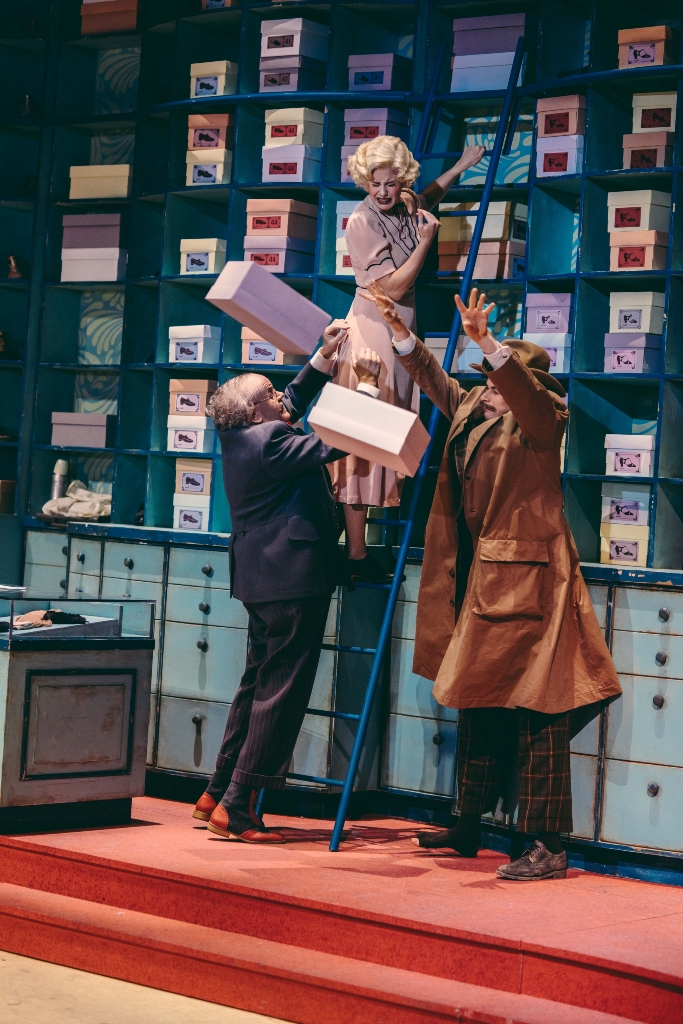 Here, as elsewhere in this production, everything is subtly directed with a great sense of humour by Robert Meyer. His love of this show shines through every aspect of this staging which has the light touch that few directors manage to achieve. He also plays the role of the shoe shop owner, Filosel, and is delightful in a very mad Frenchman style. At the curtain calls he is deservedly given the longest and loudest round of applause, even though his is a secondary role.

Count Lacy, who wants to marry Dolly in Act One, is very amusingly played by the hugely experienced Carsten Suess. By the middle of Act Two he wants to marry Irma (effervescent Johanna Arrouas), the useless shoe shop assistant supplanted by Dolly.

Julia Koci makes the Act One secondary role of Dolly’s maid, Henriette, much more memorable than it deserves to be thanks to some very witty dialogue and excellent dancing skills and Nicholas Hagg does likewise with the minor though crucial role of Dolly’s butler. 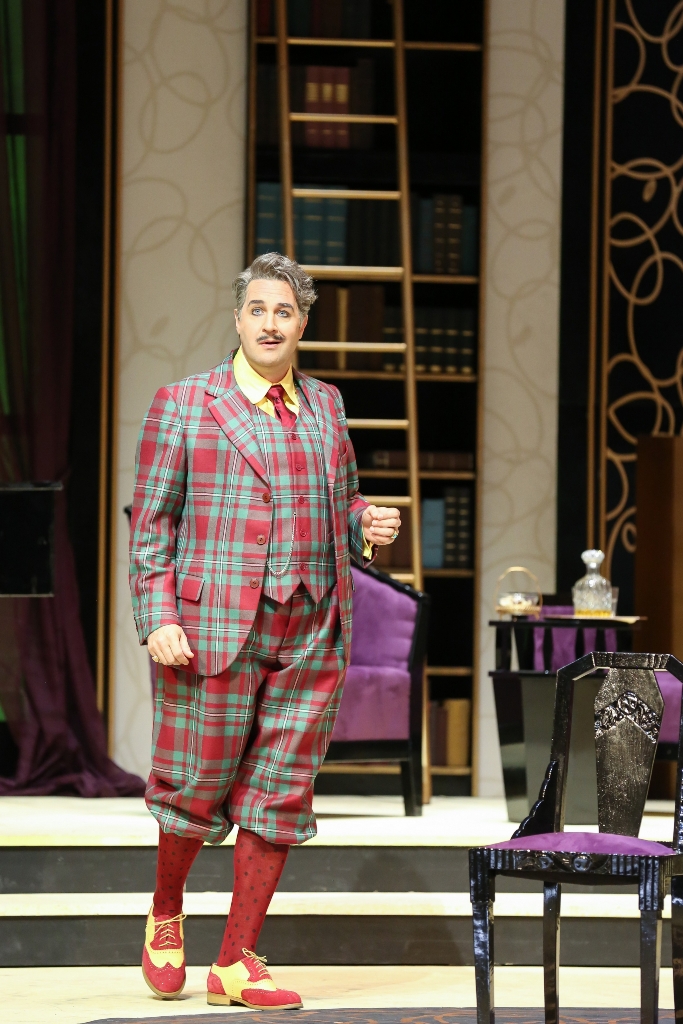 Witty choreography is by Andreas Heil and the ever stylish orchestra is conducted by Guido Mancusi, who has also provided a new music version.

The only fault I can find is that none of the musical numbers is long: just as one starts to enjoy them they are over, and very few are reprised! Apart from the tango mentioned above, there is a foxtrot, a shimmy, a slow fox and a waltz , but the best number, and the most fun, is probably “Mein Mädel ist nur ein Verkäuferin.”

Volksoper Wien deserves every success with this loving and lovely show – it sends one out into the Vienna night feeling very content, chuckling at the amusing dialogue and humming the songs: what more could one ask?