There’s exciting news coming from Wiesbaden, Germany. The local Hessisches Staatstheater is presenting a new Gräfin Mariza production, directed by Thomas Enzinger. He is offering a unique star in the third act as Fürstin Božena Guddenstein zu Clumetz, the wealthy aunt who saves everyone from ruin and ensures a happy ending. In Wiesbaden this aunt will be played by the one-and-only Desirée Nick! 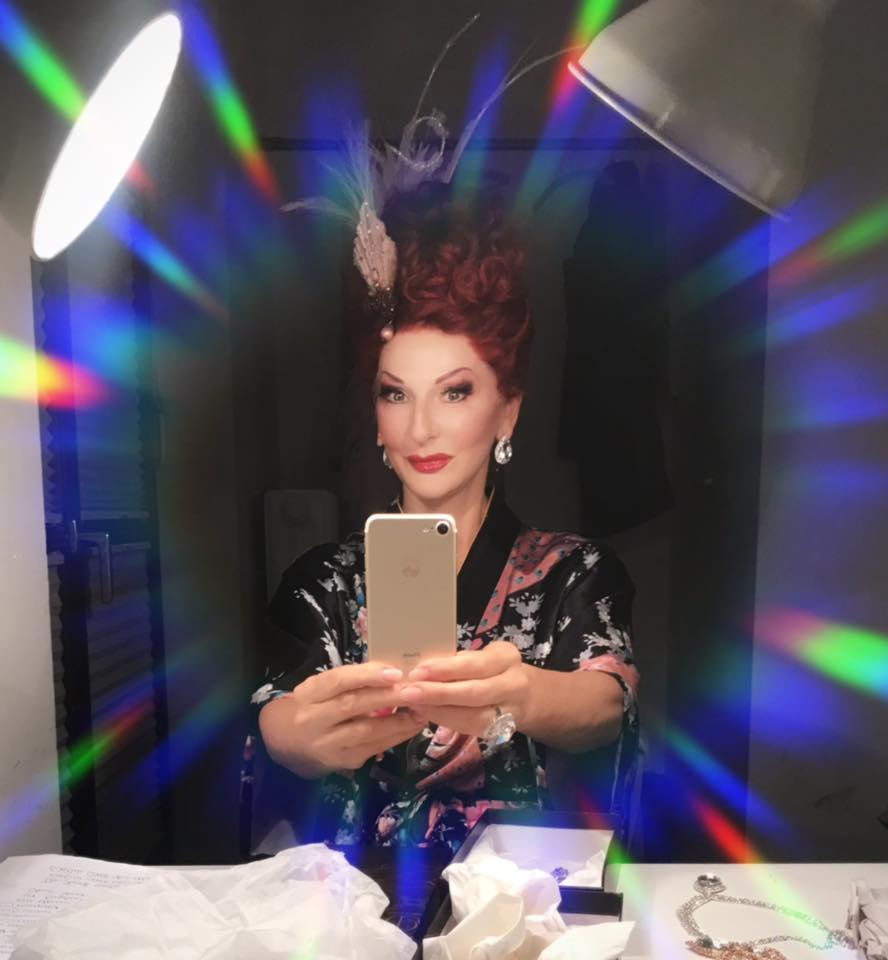 People living outside of Germany should know that Miss Nick is a kind of celebrity, on TV talk shows regularly and famous for her cutting edge clever remarks. She’s written various books, and she loves musical theater. It’s a love she has celebrated for decades with outlandish cabaret shows where she has giving the repertoire of Fritzi Massary and Blandine Ebinger a new and contemporary twist. (I will never forget her version of “Warum soll eine Frau kein Verhältnis haben?”) In her own words, Miss Nick is the world’s “last living diseuse.” And she’s wonderful at it, just like she was wonderful playing Florence Foster Jenkins in a one-woman stage production that included singing-to-die-for.

Casting Miss Nick as the glamorous aunt certainly elevates act 3 of Kalman’s 1924 “shimmy operetta” to a new level of comedy. Remember: in the original production at Theater an der Wien it was Hans Moser as the aunt’s butler Penižek who was the main last-act-attraction. But a few years back the theatre in St. Gallen demonstrated that the center of attention might also be the aunt, then played by Christoph Marti (Ursli Pfister) in drag; he single handedly rescued a rather dull “Stadttheater” evening by giving it a certain Broadway appeal and grand finale. 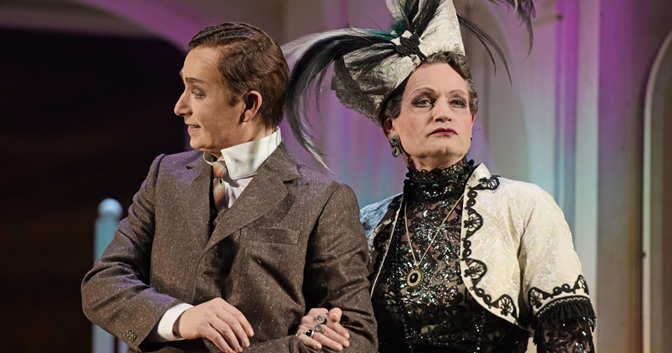 If there’s anyone who could outshine Christoph Marti – it’s Miss Nick. She played Josepha Voglhuber in the controversial Bremen LGBTIQ version of Im weißen Rössl, she also presented Johann Strauss concert operettas at Staatsoperette Dresden (Carneval in Rom) and proved that timing is everything if you want to get the deeper meaning of operetta texts across and make the dialogue a main feature, too. (Something that actors such as Max Hopp, Dagmar Manzel, and Jonas Dassler have demonstrated, too, in the recent past.)

I have seen Desirée Nick in many musical programs – including her hilarious “hosting” of a concert performance of Kalman’s Zirkusprinzessin at Komische Oper into which she inserted the most over-the-top version of Adele’s Laughing Song you can imagine: think Florence Forster Jenkins meets Kristin Chenoweth –, and I’ve always wondered why Miss Nick hasn’t been asked to do more operettas, anything from Grand Duchesse de Gerolstein to Belle Hélène to Madame Pompadour. (Just for the record, her own first choice is Hello Dolly.)

In a recent newspaper interview Miss Nick stated that the things Barrie Kosky is currently celebrated for – the slapstick humor, the easy handling of sex, the glamorous total theater – are all things Desirée Nick has been doing for the past 30 years, i.e. long before Mr. Kosky came along and showed Germans a different kind of ‘show business.’ But Mr. Kosky does it at Komische Oper Berlin and the Salzburg Festival and gets maximum attention. And though Miss Nick is probably better known in Germany than the Australian stage director who is recycling many of her ideas (in her interpretation of events), her musical excursions have gone somewhat unnoticed by the wider public who only see her on TV and in tabloids.

Maybe her Wiesbaden stage director Thomas Enzinger can change that? After all, he’s also the director of the operetta festival in Bad Ischl. And they don’t have a pull-all-the-stops-out diva yet that could compete with Miss Manzel in Berlin. (There’s a Frau Luna coming up in Ischl in 2020, a title role almost tailor made for Miss Nick who could rock the moon and teach the earthlings about outer space orgasms in an update of the famous Barbarella sci fi scene.)

Anyway, the Wiesbaden production opens on 5 October, Evamaria Mayer is the choreographer (operetta aficionados will remember her as a researcher who reconstructed the English language versions of White Horse Inn, London and New York). Christoph Stiller conducts the Kalman score. 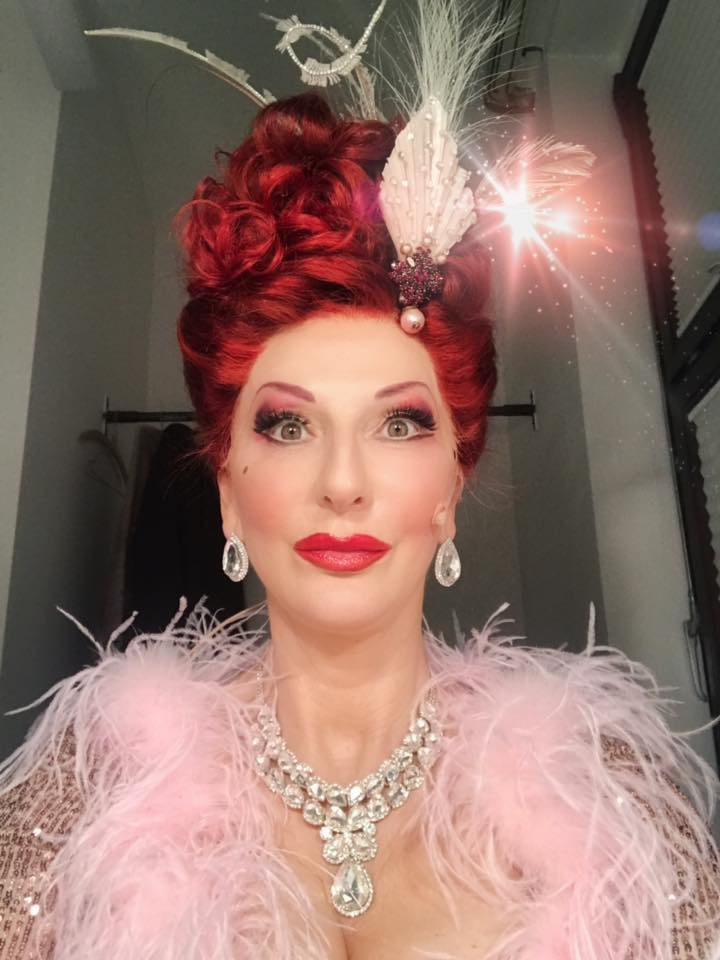 Miss Nick has posted the first photos of herself in full costume on Facebook, showing that this Gräfin Mariza will be a very glitter-and-be-gay experience, at least in act 3.