I had really been looking forward to seeing the new production of Der Zigeunerbaron in Vienna because I had enjoyed director Peter Lund’s inventive and hilarious  production of Benatzky’s Axel an der Himmelstür at Volksoper as well as the lavish  open-air staging I had seen of the Strauss at Neustrelitz, both in 2017. I caught one of the last performances at Volksoper before the total theater shut down in Austria because of the Corona pandemic. 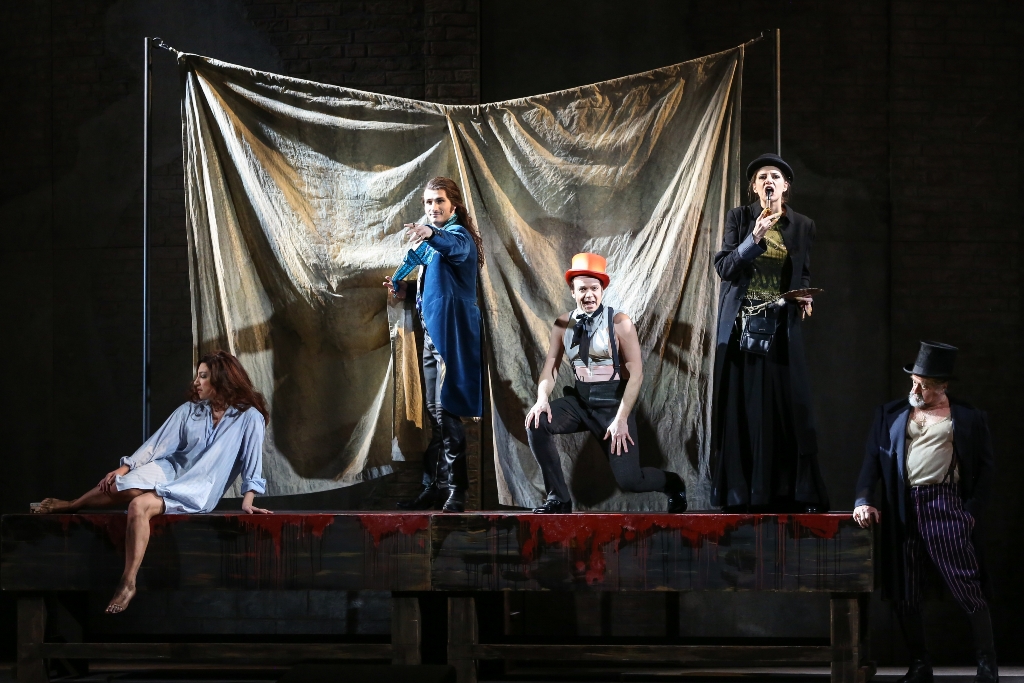 Matters began well with what proved to be the director’s best idea: he had the chorus of ‘gypsies’ singing during the overture, taken at a very sedate speed by veteran conductor Alfred Eschwé, whilst computer projections took the audience on a historical journey explaining the Turkish part in Austria’s history and how the ‘gypsies’ came to end up in Central Europe.

Ninety minutes later, at the end of Act One, the audience meekly applauded and staggered out of the auditorium for coffee to wake themselves up!

Meanwhile the lady next to me in the theatre had been inwardly seething, trying not to get too frustrated! We chatted during the entire length of the interval, during which I discovered that Der Zigeunerbaron was her favorite operetta;  it was also her first as she had been taken to a production in Graz when she was 10 years old, and since then had seen about 40 different stagings, some of which she enjoyed! 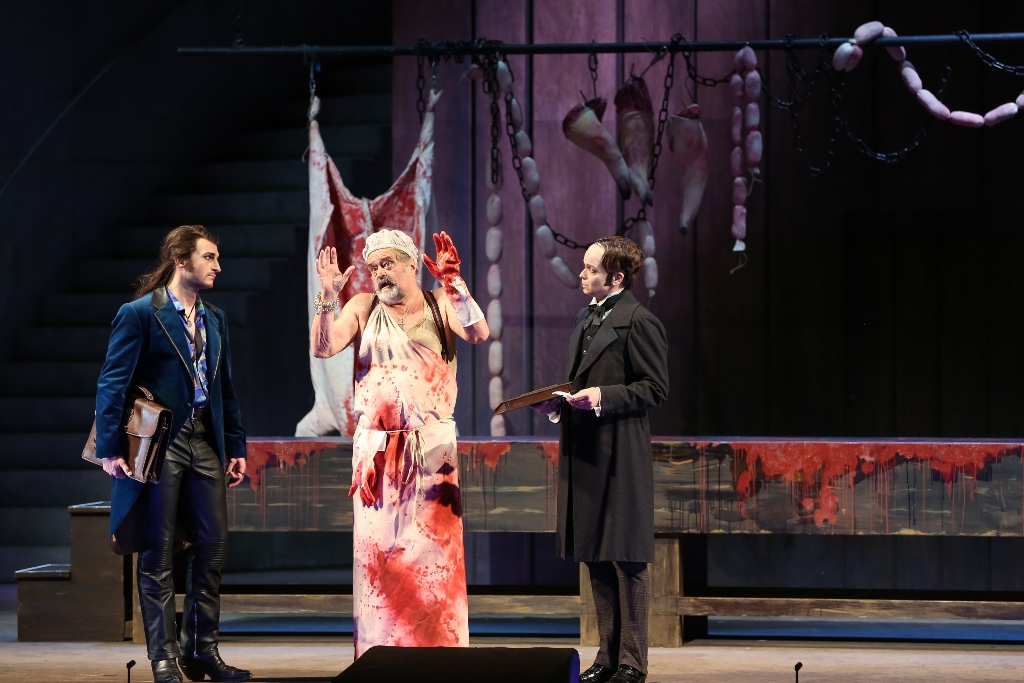 Many rewrites and no trace of humor

The plot is basically what Ignatz Schnitzer wrote but, using a revolve, sets the operetta in various places such as a meat packing centre which is totally revolting and should come with a health warning for vegans.

Another scene is set in a quarry where the workers appear to be slaves – at any rate they get whipped by the overseer. 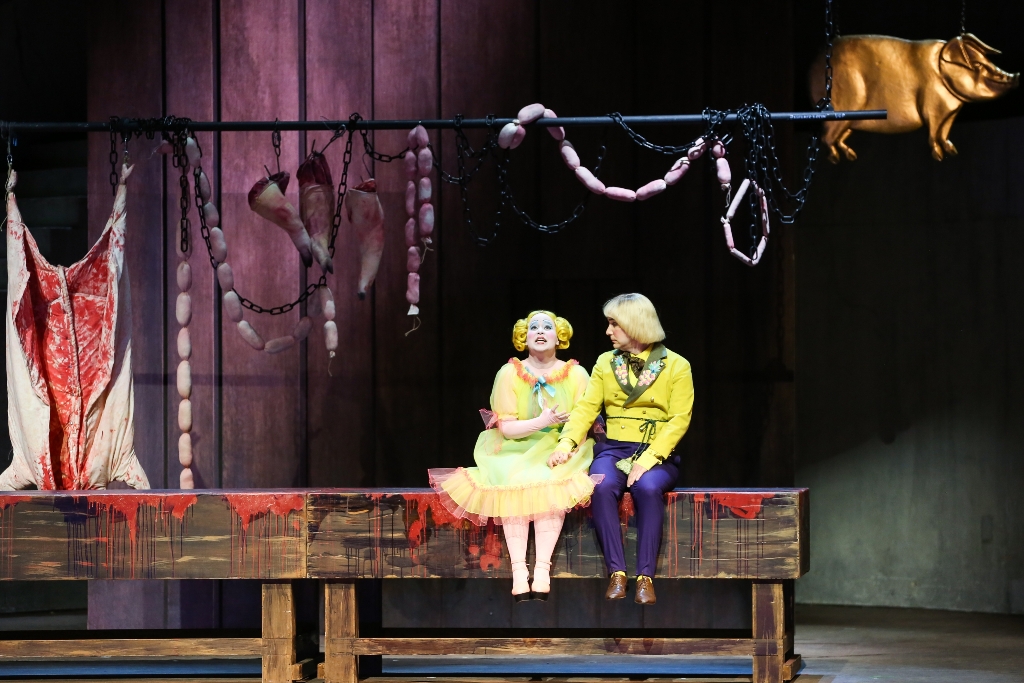 Secondly, although the Volksoper orchestra plays as stylishly as it is able, the slow speeds taken by Herr Eschwé throughout do tax their skills. I have never heard any conductor take a waltz as slowly, let alone the famous march.

Thirdly, Der Zigeunerbaron, perhaps more than other operettas by Johann Strauss, needs singers who can really sing as well as act. The most successful were those in secondary roles such as Boris Eder as Conte Carnero whose diction was well nigh perfect and whose acting had much-needed energy. 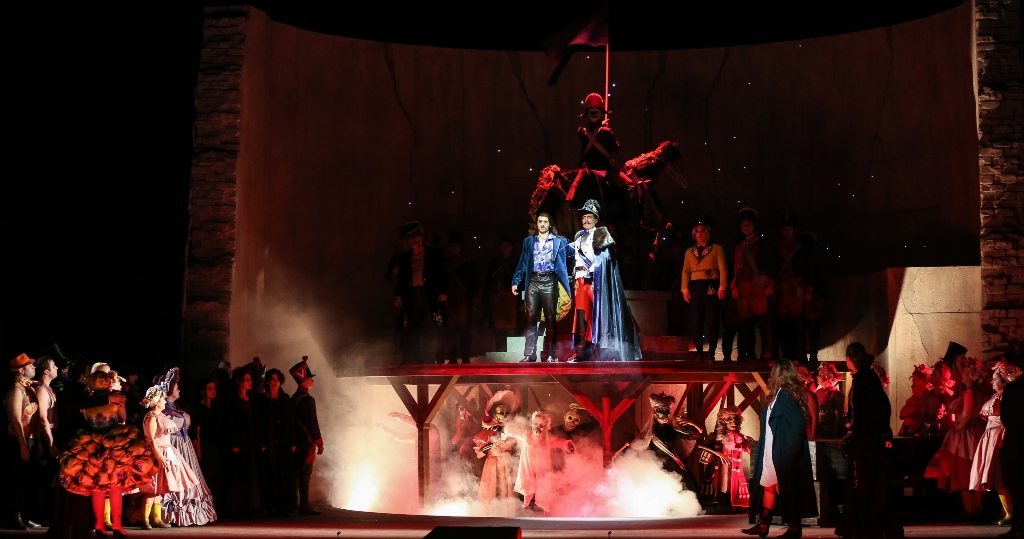 Anita Goetz in the role of Arsena, Zsupan’s daughter, sang and acted with gusto, but was hampered in Act One by a silly yellow costume that stuck out so far it seemed to take up most of the stage.

In the production at Neustrelitz, Mirabella’s First Act Song, sometimes omitted, was the highlight of the entire evening because it was rendered with great skill and ability by Renata Pick, giving a master class in how to get the most out of a song: it was genuinely and hilariously funny, and it deserved at least one encore. Regula Rosin in Vienna did nothing with it at all, in fact one could see why it is sometimes cut. 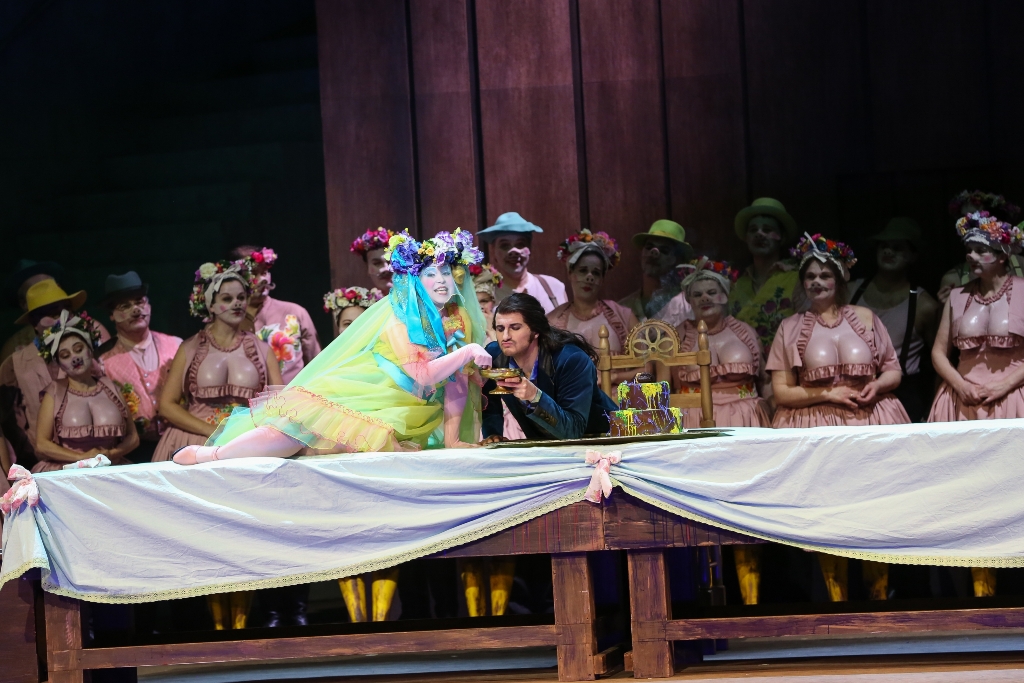 Unfortunately neither Marco Jentzsch as Barinkay nor Katrin Adel as Saffi had the ringing high notes one would ideally wish for their roles, though both acted convincingly, when they were allowed.

The highly experienced Kurt Rydl had problems with his enunciation when singing and speaking, barely a word was intelligible. My neighbour said it was as if he had put in a new set of false teeth that evening and could not get on with them. (She also made other unflattering remarks as she became more annoyed with what she was seeing.)

Peter Lund treats the chorus as a ‘body’ rather than as individuals, and it always looks as if they have been told just to ‘dress’ the stage, rather than being given something specific to do. An example of this is in Act Three which for some reason is dominated by a huge picture frame flown in downstage and takes up so much space that the large chorus has to squeeze in downstage left and right. Being ‘in role’ is impossible for them here: they are just onstage to sing.

Typical costumes from a costumier

Apart from some overuse of projections, the set designs by Ulrike Reinhard are, with the exceptions noted above, apt, with a revolve allowing quick scene changes, apart from Act Two into Act Three. Costumes by Daria Kornysheva are, on the whole, ‘typical’ of what one would expect if you had hired a set of Gypsy Baron costumes from a costumier. And none the worse for that! 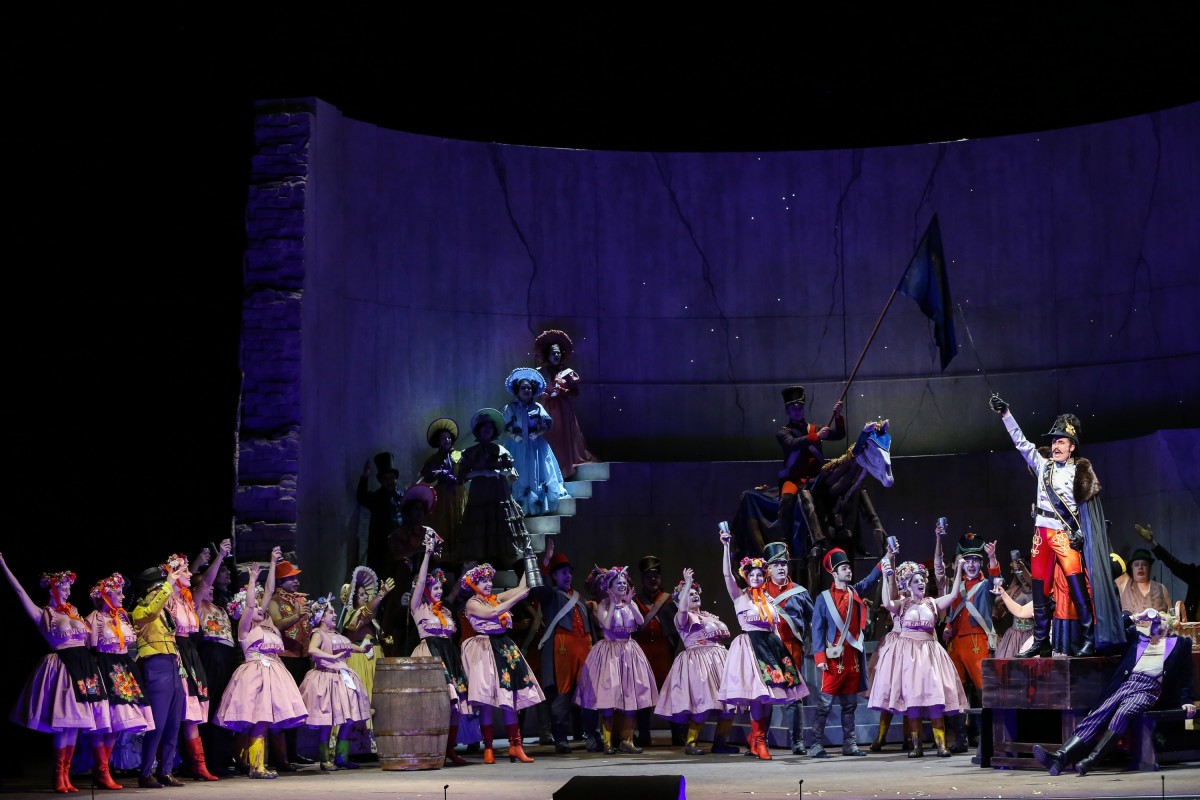 At the end my newly acquired lady friend had not changed her opinion – a long, disappointing evening!

Thank goodness I was able to see Meine Schwester und ich the following night (previously reviewed for ORCA) and an hilarious A Funny Thing Happened on the Way to The Forum at Linz the night after that: two shows to remember now that I am self-isolating for twelve weeks.