The German record label cpo has recently released a CD of two short operettas. One of them is a real rarity: Trafalgar sur un volcan. It was composed by Offenbach’s friend Ernest L’Épine (1826-93) about whom little is known apart from the fact that he was secretary to the Minister of the Interior, the (in)famous Duke of Morny, Offenbach’s most important benefactor. 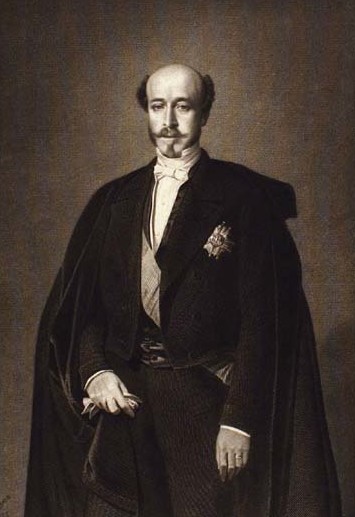 L’Épine composed many songs as well as a few other operettas, including Croquignole XXXVI. Trafalgar, which lasts about half an hour, including fourteen minutes of dialogue, was only performed once, at Offenbach’s Bouffes Parisiens on 29 December 1855. The first modern-day performance was in 2005 at the Théâtre Mogador in Paris, conducted by Cyril Diederich. 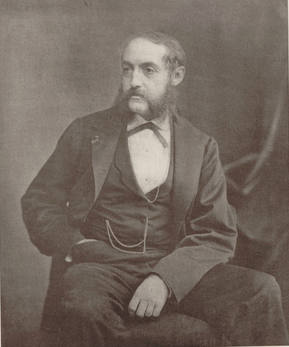 A portrait of Ernest L’Épine from a French newspaper.

It appears that Offenbach arranged the overture and orchestrated the work which was apparently not a hit. Even though the story is as absurd and surreal as so many famous pieces that enjoyed a success at the Bouffes Parisiens.

It’s set in Dublin, 1806, and tells the story of the ex-pirate Trafalgar (fresh from the Battle of Trafalgar where Admiral Nelson and the British Navy beat the combined might of the Spanish and French fleets without losing a ship in 1805) and his companion Saint-Elme. The two have purchased – and are sitting on – a ‘domestic volcano’ in the Irish capital and threaten to blow it up, and the city with it, if their demands are not met! 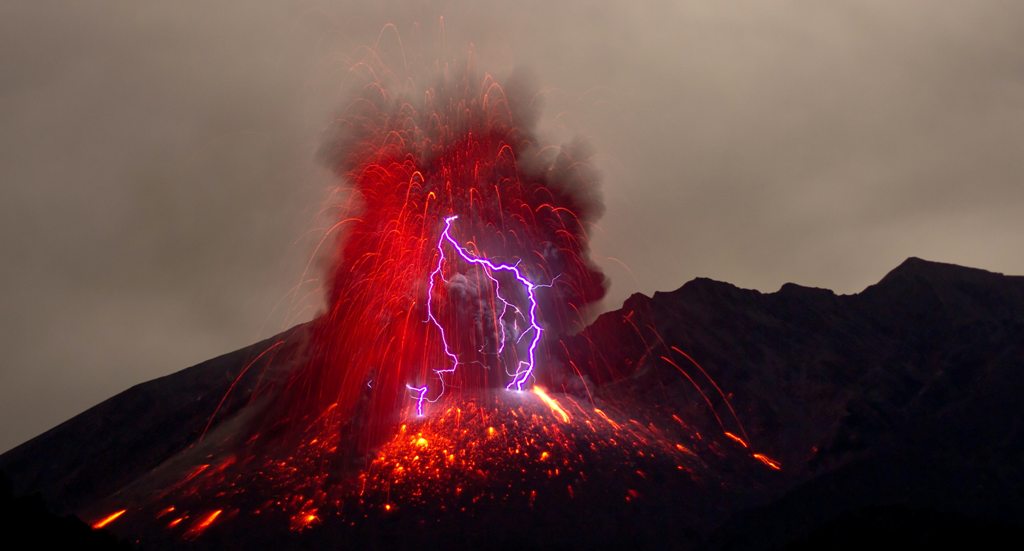 Had this plot been introduced one hundred years later it would have been labelled too realistic rather than surreal, and it might be seen as a clear forerunner of the 2006 operetta The Beastly Bombing which is also all about blowing up things in big cities, in that case New York. (To read more about the Julien Nitzberg/Roger Neill piece, click here.)

The Trafalgar story goes like this, according to the official Boosey & Hawkes homepage where the new critical edition by Christophe Keck is available:

Although Napoleon’s army has been beaten by the British, two French naval officers still hold the city of Dublin under their control. The young St. Elme and his fatherly friend, Trafalgar, have barricaded themselves inside a big powder keg and are threatening to blow it up as soon as there is any sign of resistance in the city. This in turn would cause the volcano looming underground to erupt and lay everything to ruins.

Katrina, an actress, seeks refuge in the house of the two old sea dogs. She has had enough of having to die every evening anew on stage. Trafalgar falls in love with her instantly. He wants to marry her and at last go to sea again with her by his side. To avoid compromising herself, Katrina hides from St. Elme, who returns from a walk to the city. St. Elme, too, is footloose and fancy-free. Unfortunately, the pretty neighbour he desires is already married. This doesn’t matter: Through his explosive arguments, he is able to convince her husband into selling his wife in accordance with traditional Anglo-Saxon law. St. Elme, however, soon finds out that the woman’s eight children were included in the bargain. In desperation, he threatens to ignite the fuse when suddenly Katrina appears and admits that she has long been in love with St. Elme. In addition, she offers him the earnings from her daily “Hamlet” performance as a dowry. Overwhelmed, St Elme agrees, and Trafalgar, too, contents himself with his paternal role as he becomes aware of the differences in age and nature between himself and the enthusiastic actress.

The music is pleasant, the most memorable melody occurring in the trio “C’est vrai” to the words of “Oui dans le jeune age,” which is then quickly reprised as the brief finale. The longest musical number is No 3, “Berce sur l’ande amere,” lasting all of seven minutes, which is, unfortunately, unmemorable even after several hearings!

The Kölner Akademie orchestra plays stylishly under the director of Michael Alexander Willens.

Marc Barrard, as Trafalgar, has a rather inflexible operatic baritone voice with a slow vibrato; tenor Florian Laconi has a very dry sound which does not sound appropriate for French music.

The ‘love interest’ is supplied by Magali Léger who has a rather pinched sounding voice. All three do their best, but it is obvious that they have not been directed in their roles, the dialogue often appearing to lack energy and imagination. It is good to have this Comédie à ariettes en un acte on CD, but does it really adds anything to our knowledge of French operetta? (If the vocal interpretation were not so lacklustre the answer might be an enthusiastic yes.) 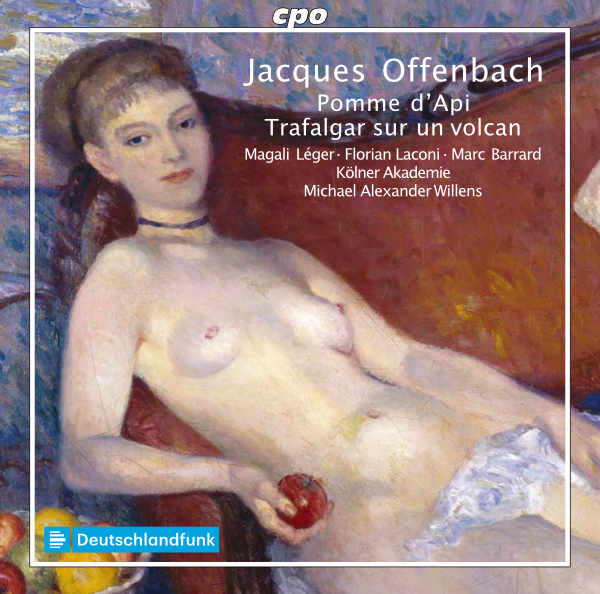 The cover of the cpo album “Trafalgar sur un volcan” and “Pomme d’Api” with Kölner Akademie.

The other one-act piece on this cpo release is by Offenbach himself and more well known: Pomme d’Api (Little Red Apple) from 1873.

The heroine (Magali Léger) is the mistress of young Gustave (Florian Laconi) who is very worried because his uncle Rabastens (Marc Barrard) insists that he, Gustave, find someone else to marry and not this juicy red apple. Rabastens himself is enchanted with his new housemaid Catherine, who is of course Pomme d’Api in disguise. I will not spoiler the ending for you!

The cpo performance has the same faults as Trafalgar sur un volcan, especially when compared to other recordings such as that conducted by Manuel Rosenthal where Pomme d’Api is sung by Mady Mesplé who, not surprisingly, imbues the role with her personality and wins hands down every time you compare the two recordings side by side! 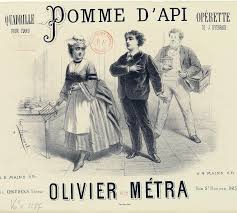 The main reason for getting this CD is that both operettas are presented in Jean-Christophe Keck’s editions, Pomme d’Api containing several minutes of music not found in the older Choudens edition recorded by Rosenthal on the famous Offenbach triple treat disc (together with Monsieur Choufleuri which has a libretto by the Duc de Morny and a strikingly fabulous version of Mesdames de la Halle).

By the way, there are no translations in the cpo booklet, not even of the dialogue, which put my 50 year old ‘A’ level French to the test!