It’s going to happen: Berlin will get an “Exilmuseum,” a museum dedicated to the stories of those who went into exile during Nazi times. The Stiftung Exilmuseum presented the winning design for this project by Danish architects Dorte Mandrup Arkitekter A/S recently. It’s a massively theatrical building right next to (or rather behind) the ruins of Anhalter Bahnhof, formerly one of Berlin’s main train stations. The big question is: will this “Exilmuseum” also present the histories of people from the entertainment world? 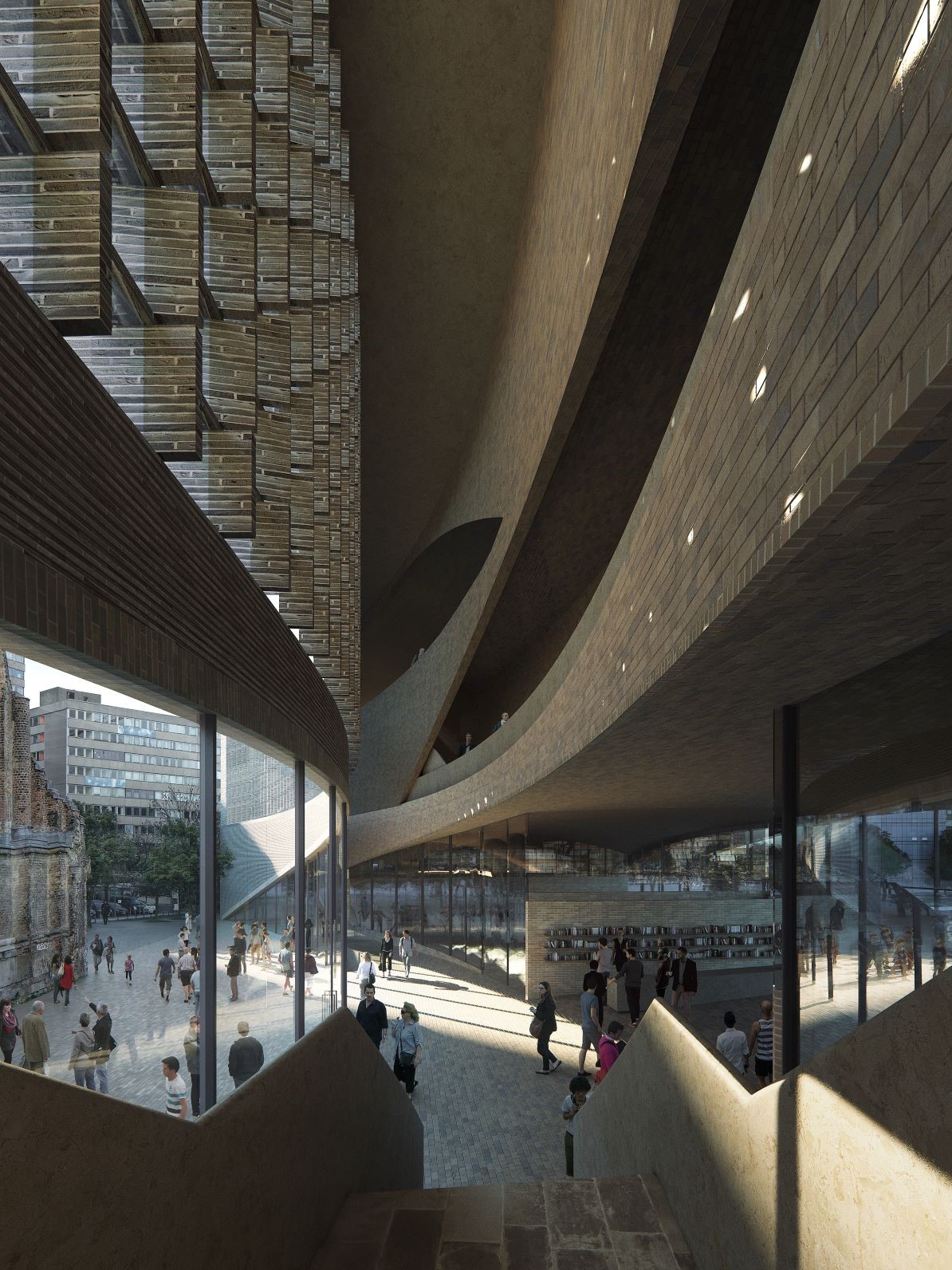 The future inside of the new “Exilmuseum” in Berlin. (Photo: Dorte Mandrup Arkitekter A/S, Copenhagen)

The winner for the Nobel Prize for Literature, Herta Müller, called the experience of exile a “Leerstelle” – a void. A void that affected all areas of society and culture, politics and science. And national psyche.

Only in recent years has any kind of focus been put on the entertainment world of the late Weimar Republic and have researchers started to examine, in depth, what became of the many celebrated starts that were so beloved by Germans pre-1933. And what became of the works they created? What did they all do after leaving Germany and why were many to complexly forgotten by the post-war generation? (Guilt?) 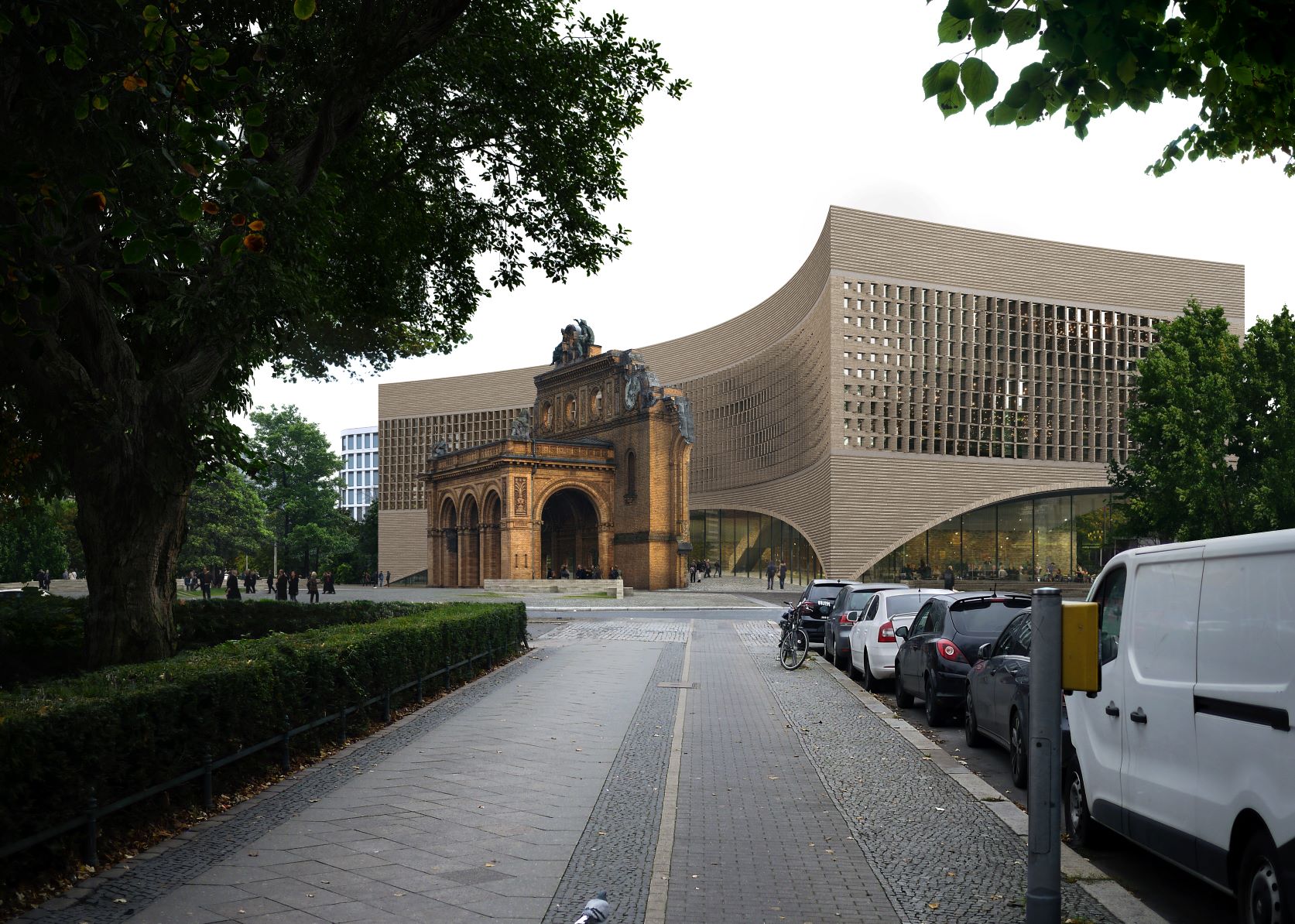 I recall vividly a conference in 2005 entitled Operette unterm Hakenkreuz, i.e. “Operetta under the Swatsika.” Someone there was supposed to talk about the stars of the 1920s and early 30s. The man presented a long list of celebrities. But his presentation almost always stopped in 1933. If the people in question were deported and/or killed in concentration camps, and if that was documented well-enough and easy to find out about for him, their tragic deaths were briefly mentioned. But if stars like Siegfried Arno escaped Nazis horror via The Netherlands to the USA, and if someone like Mr. Arno had a substantial American career on TV and on Broadway, then it seemed too far removed for a German researcher to care about it, know about, or bother with. As if German operetta had nothing to do with the United States, and as if the operetta business on Berlin and Vienna had not been a very international enterprise for everyone involved. Before the Nazi takeover and the introduction of a fully state subsidized theater system instead of a commercial and vibrant entertainment scene in which people like Erik Charell, the Rotter brothers, Hermann Haller and others had operated in in Berlin, not to mention Hubert Marischka in Vienna.

Also, the deeply touching tale of people like Camilla Spira (who starred with Mr. Arno in the original production of Im weißen Rössl in Berlin, 1930) was rarely told fully. Dutch researchers chronicled how she was put into Camp Westerbork by the Nazis and how she managed to free herself with her “Aryan” looks and her mother making a false statement about her father. But what did Camilla Spira do after the war? Yes, she made a few well-known films such as Des Teufels General, and she was in a bio pic on Emmerich Kalman (Der Czardas-König) in 1958. But she also gave a very moving interview late in life discussing the necessity to forgive and move on – otherwise history crushes you. (She sat next to the late Helga Benatzky at the premiere of Rössl at Bar jeder Vernunft in 1994, directed and adapted by Geschwister Pfister, which heralded a first renaissance of revue and jazz operetta, before Barrie Kosky took things to the next level.) 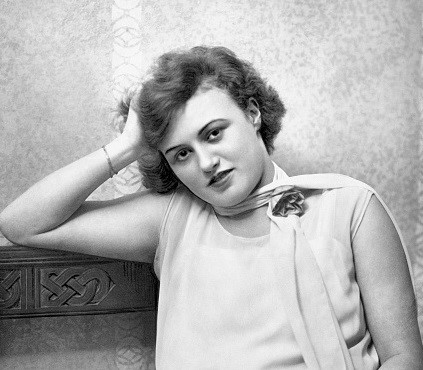 It will be interesting to see if the new “Exilmuseum” will deal with such aspects of German history – from the entertainment world – or focus only on “high art” and “high literature,” as has been the case so often in the past. As if entertainment and exile, let alone the Holocaust, were things that were not “thinkable” together.

When Katja Zaich published “Ich bitte dringend um ein Happyend.“ Deutsche Bühnenkünstler im niederländischen Exil 1933-1945 back in 2001 many Dutch intellectuals refused to properly deal with this story of “operetta at the open grave,“ because “show people” (such as Willy Rosen) couldn’t possibly be a profound theme for discussing WW2, the occupation of The Netherlands, and all that goes with it. And the small theater in Amsterdam were many of the German-Jewish artists performed operettas and cabarets before they were deported, the Hollandsche Schouwburg, refused to allow any modern day performance of anything like an “operetta” in its current memorial site. Because … that would be insulting to the memory of those who suffered there?

Meanwhile, Mr. Kosky at Komische Oper Berlin has shown that a different form of “memory” is possible. And that it’s important to also highlight the joy and sparkle the people who died or went into exile once created – and can create again. That this joy is also part of their legacy, and it’s our job to remind the world of that legacy. Maybe one day at Hollandsche Schouwburg, too.

And maybe at the new “Exilmuseum” in Berlin? Let’s wait and see what its founder Bernd Schultz will do.

The new building by the Copenhagen architects is supposed to cost a mere 27 million Euro, which is an almost laughably low sum compared to many other new museum buildings in the German capital.

Composer Paul Abraham upon his return to Germany with the so called “Flugzeug der Verdammten” (the airplane of the damned), after horrible years in exile in New York in a mental hospital.

By the way, at the Jewish Museum Berlin, not far from Anhalter Bahnhof, a new permanent exhibition is about to open, after a complete overhaul. In the previous permanent exhibition stars such as Fritzi Massary and other “Jewish” icons of the German stage were included; let’s hope this stays that way in the new and more shiny format designed by chezweitz.

For more information on the new “Exilmuseum,” click here.