Having hugely enjoyed Barrie Kosky’s 2013 exuberant production of Abraham’s Ball im Savoy several times, I was interested  to see that a new production was being staged at Koblenz this season, expecting it to be a much more ‘traditional’ interpretation. The intimate, 500 seater Theater Koblenz was built in 1787, when human beings were smaller with shorter legs. The interior is a striking blue-grey-white, and after looking at it for a few minutes you realize that what appears to be three-dimensional is actually painted on canvas.

Desiree Brodka, as Madeleine, was the most successful at achieving the style required for this show: not only does she have a gorgeous soprano, for  which Abraham calls in a role written for Gitta Alpar, she looks like someone who would go to a ball at the Savoy Hotel (wherever this particular Savoy is supposed to be) – glamorous and willowy!

Michael Siemon (Aristide), whom I encountered a few nights previously as Victor in Die Faschingsfee at Mönchengladbach, has the great advantage of having a tenor voice that has a true ‘top,’ being able to effortlessly sing everything he is asked to. He did not quite have the necessary charisma for this role – it was difficult to understand why he was a magnet to all women: he didn’t ‘do’ enough, a fault of the direction (Ansgar Weigner) I feel, rather than the singer! 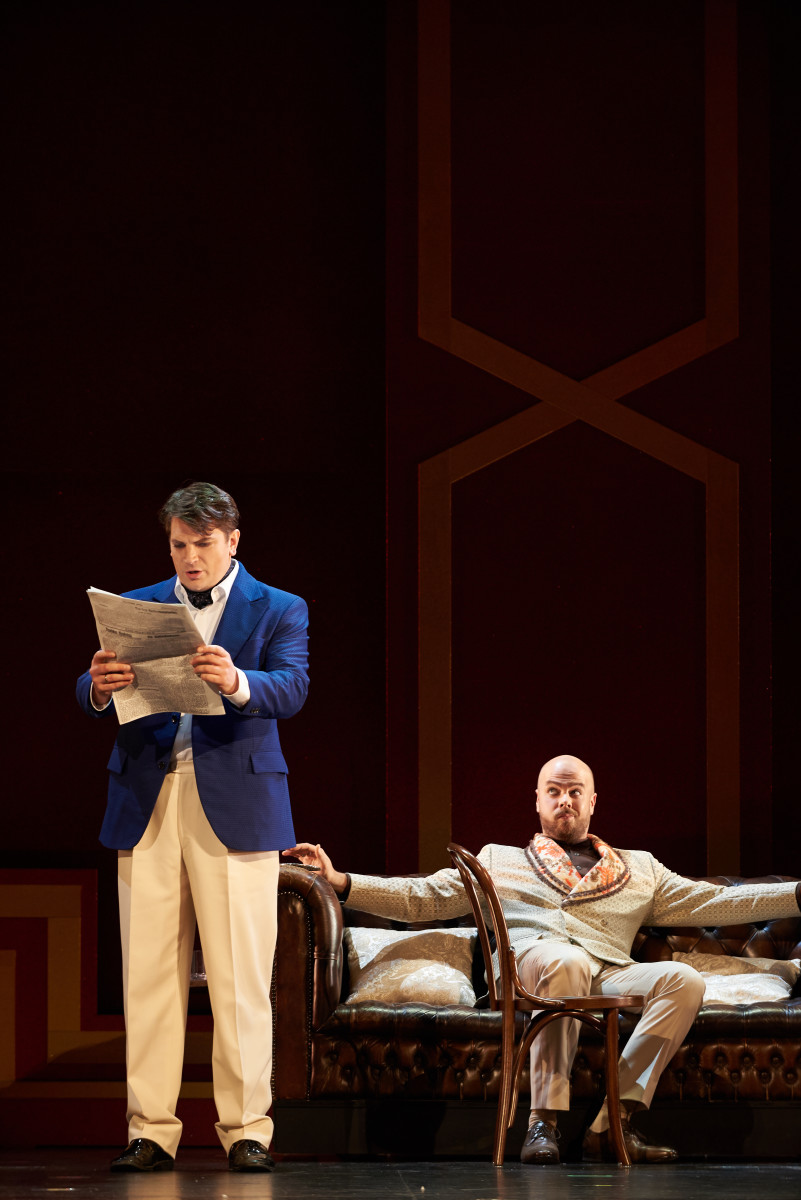 The soubrette role of Daisy Darlington was enthusiastically portrayed by Eva Bauchmüller. It is a shame that the best number in the operetta (and perhaps the most typically ‘Abraham’) “Kangaroo” occurs in Act One rather than being placed nearer the end of the show, as it is one of the few songs that can easily be made into a ‘production number.’ Miss Bauchmüller and the Koblenz Ballet made this the musical and dance highlight of the operetta – so wonderfully silly! 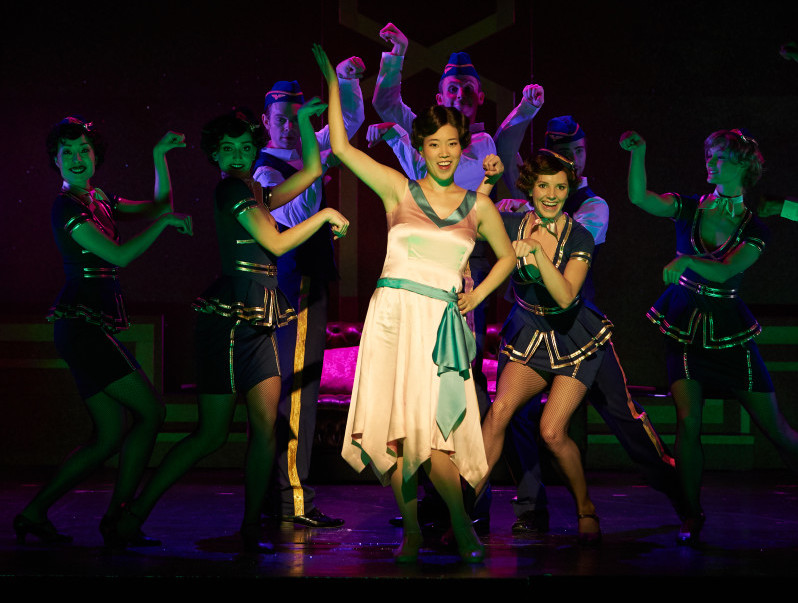 Mustapha Bey, Aristide’s Turkish best buddy ( we are never told why, so I assume that is irrelevant and he is just Turkish in order to give a bit of oriental color) was slightly underplayed by Christof Maria Kaiser, as if he did not know what to do with the role, especially in Act One. He lacked the necessary sense of fun this type of role needs. Remember, it was created in 1932 by Oscar Denes.

Musically, this production, using the reconstructed score by Hagedorn & Grimminger, was superb, with the pit orchestra sounding quite at home with the 1930’s style arrangements, aided by the intimacy of the theatre. The musical director was Daniel Spogis.

On stage, the pace was inclined to flag at times: the most striking original idea the director seems to have had was to introduce SS Officers into the final scene as if to remind us of what was to follow: Aristide and Madeleine very sensibly decided to leave Germany in Mr. Weigner ‘s version, ensuring the climax was very poignant. 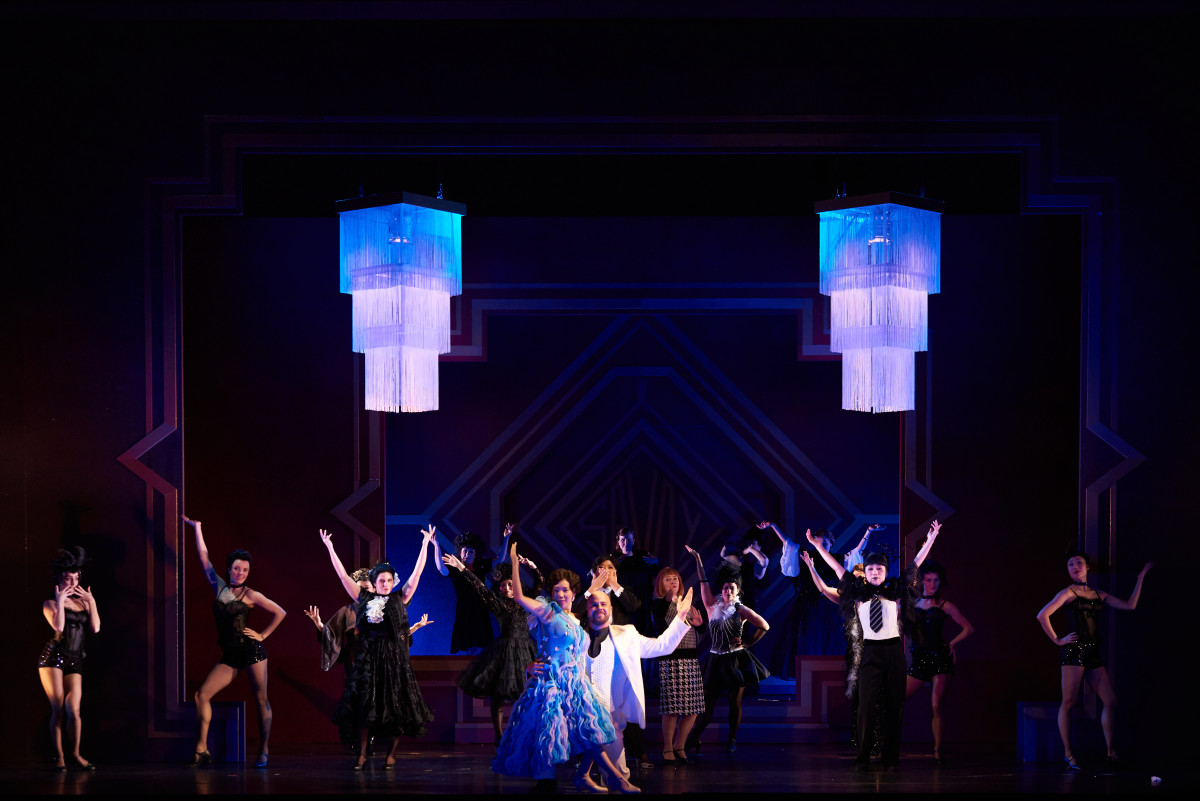 It is no use deciding to stage Ball Im Savoy unless you are able to afford sumptuous designs, not only for Aristide and Madeleine’s lavish apartment (it has to be vast to accommodate the chorus and dancers as well as all the named characters), but especially the ballroom at the Savoy Hotel, which must look opulent, elegant and luxurious.

At Koblenz the costume and set designer, Kristopher Kempf, decided to use basically the same structure for both the apartment and the hotel ballroom, so one was looking at the same set for nearly three hours. He decided on a rather solid art deco creation with touches of gold.

Apart from the boredom of looking at the same set for so long, it was clearly difficult to light it (designer uncredited) and it just looked dull: certainly not like either an expensive apartment(if it were yours you would get the decorators in pronto!) nor a palatial hotel ballroom!

In addition, the individual dining rooms in Act Two just did not exist – a flat was flown in to divide the stage into two halves, each of which just had a basic table and two chairs. Kosky proved that much fun can be had with this scene – unfortunately this was just not possible at Koblenz!

So, although it was ‘interesting’ to see a traditional production of Ball Im Savoy, I shall be returning to Berlin to see what a director with real imagination and appreciation of the genre can make of this show.

Five of the songs from Ball im Savoy ‘performed’ by Gitar Alpar, Oscar Denes etc, conducted by the composer and recorded in 1932 give an idea of how much fun this show must have been all those years ago: much more Barrie Kosky than Koblenz! They are available on a CD of Abraham music issued by Berlin Musenkinder and are well worth hearing: many directors seem to have forgotten how these shows were performed 85 years ago.

For more information on the Koblenz production, click here.